Traditionally, magicians have been wary of sharing the secrets of their trade for fear that it would be impossible to razzle-dazzle audiences that had the lowdown about the backstage machinery that allows a lady to be sawed up and reassembled before their eyes. Yet some modern Merlins, notably Penn and Teller, have made the risky decision to treat audiences as equals and collaborators by detailing the trickery behind the beguilement.

Artistic creation can be seen as a species of magic. Many artists become tight-lipped when asked about the creative process lest they kill the mysterious source of their inspiration. By this light, Art Spiegelman is both an extremely formidable and quite chatty mage. He's most famous, of course, for his landmark graphic novel Maus, an anthropomorphic allegory telling the story of how his parents, Anja and Vladek, survived Auschwitz.

Published in two instalments in 1986 and 1991, Maus has been highly influential, selling more than a million copies, translated into many languages and winning prestigious awards, including a special Pulitzer Prize. Yet the widespread celebrations of Maus have the curious effect of hiding what a huge gamble Spiegelman took in making a comic book about the Holocaust with Jewish mice and Nazi cats.

When Spiegelman first tried to sell the book, numerous publishers curtly rejected it, saying that there was no way the reading public would accept such an unusual volume. Although other artists, notably Will Eisner, had already published graphic novels, the form was so inchoate and new that there was no place in most book stores for it. Maus sometimes got shelved in the humour section, adjacent to Garfield and Dave Barry.

The success of Maus was not just an individual achievement for Spiegelman, it was also created an opening for the form. If your bookstore has a graphic novel section, Spiegelman is the one cartoonist who deserves credit. More than just a memorable book, Maus established the bono fides of a new literary form, creating an opening for innumerable other cartoonists.

The back story behind Maus is therefore of great interest, both because of its intrinsic worth and its cultural impact. In MetaMaus, Spiegelman has assembled a multimedia project that revisits his original masterpiece and gives us a fresh way to re-read it.

At the heart of MetaMaus is a long, richly illustrated interview with Spiegelman, conducted by scholar Hilary Shute, where he talks about the artistic choices that went into Maus, answering such frequent questions as "Why comics? Why mice? Why the Holocaust?" Augmenting this are conversations with Spiegelman's family, transcripts of interviews he conducted with his father and other Holocaust survivors, and his preliminary sketches.

Supplementing the book is a DVD of the complete Maus along with hyperlinks that let us to see the underdrawings that went into the making of the book, as well as audio clips of Spiegelman and his father. The DVD includes excerpts from visual sources and home movies of a research trip to Auschwitz.

The danger of a book like MetaMaus is that it could displace the original work in the way that a behind-the-curtains view of a magic show replaces wonderment with technical knowledge. MetaMaus avoids this pitfall in large part because we're won over by Spiegelman's voice, supremely analytical and intelligent while also respecting the unanswerable mysteries of artistic creation.

Spiegelman is wonderfully witty and knowledgeable on all sorts of issues, for example the fraught nature of Jewish identity: "When I was a kid I wasn't sure being Jewish was a such a great idea – I heard they killed people for that." One way to explain the achievement of MetaMaus is to imagine a great architect like Frank Gehry offering a guided tour to one of his classic buildings, opening up the original plans, explaining the solutions he came up with for each problem. Such an act of self-exegesis is immensely rewarding, even if the creator's genius is as enigmatic as ever.

Maus remains a very sturdy book. I've reread it a dozen times and found it ever more moving and thought-provoking, in part because the artist is unusually thorough in probing all his characters, himself as much as his parents. As Spiegelman notes, Maus is about memory as much as it is about the Holocaust. The work of memory is never done; the past shifts the more we think about it and research it. Part of what MetaMaus does is offer several more layers to one of the most textured of modern books.

Jeet Heer is a writer based in Regina and Toronto. 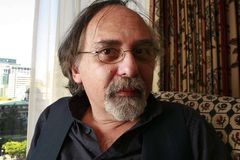