Michelle Paver is the bestselling author of Chronicles of Ancient Darkness, a series of six historical fantasy novels for young readers, as well as the ghost story Dark Matter, which was a finalist for the Shirley Jackson Award for best novel in 2010. Her latest novel, Thin Air, about a mountaineering expedition in the Himalayas, arrives in stores next week.

After my Arctic ghost story Dark Matter, I wanted to write another, but I had to wait for an idea. It came when I wasn't even thinking about ghosts. I had a painful condition called a "frozen shoulder," and one night, wide awake at 3 a.m., I grabbed some books from my shelf at random. They were on mountaineering. I read of the great expeditions of the twenties and thirties: the loneliness of high places, the delusions, the tragedies. Then it hit me: what if you're trapped up a mountain with a ghost? Thin Air is about a 1930s expedition to the Himalayas to conquer Kangchenjunga, the third-highest mountain in the world. Stephen is desperate to reach the summit, but as he climbs higher, things happen that he can't explain. Is the altitude affecting him, or is the mountain haunted? It's for you to decide. I only grasped how frightening Thin Air might become when I was researching it in the Himalayas. We were camped at about 13,000 feet when a terrific storm blew up. It raged for hours, but later I woke alone in my tent, to silence and pitch darkness. My breath sounded like someone else, and I was uneasily aware that only a thin layer of frozen canvas lay between me and whatever was outside. Then I heard footsteps crunching through the snow …

I particularly admire the heroine of Shirley Jackson's supernatural masterpiece The Haunting of Hill House. Eleanor is one of four people staying in a supposedly haunted mansion. She's unhappy, perceptive, imaginative, lonely, prickly and shrewd. I find her fascinating and totally sympathetic. I also love the shock ending, which is dramatically satisfying and true to her character. A triumph.

Henry James's The Wings of the Dove got me through the final horrible month of my father's death from cancer. That might sound unbearably pretentious, but I can only say that I was far too miserable to think about impressing anyone. James's writing was simply the only thing that kept my mind off what was happening. I found his convoluted sentences strangely reassuring, and when I read that phrase "the great smudge of mortality across the canvas," I felt a flash of recognition that helped a lot.

The best death scene I've ever read is actually a whole chapter of Guy de Maupassant's Bel Ami, when the protagonist attends the deathbed of his friend. The sick man knows he's dying, and his death is neither painless nor short. It's depicted in unflinching detail and a clinical documentary style: the smells of the sickroom, the beauty of the south of France. It's utterly compelling – as is the whole book, which I can't recommend enough. I envy those who can read it in the original French; sadly, mine isn't up to it.

Once Long Ago by Roger Lancelyn Green, a marvellous collection of fairy stories from around the world, which my father gave me when I was about six. The first story in the collection is Native American, The Boy and the Wolves; it probably helped inspire Wolf Brother. Also: The Lord of the Rings – I've had a crush on Aragorn since I was a schoolgirl; The Summer Book by Tove Jansson, for its evocation of a luminous summer on a small Finnish island; and The Diary of a Nobody by George and Weedon Grossmith, which I find touching, endearing and weepingly funny. 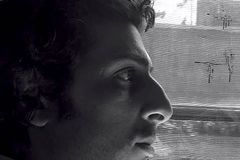 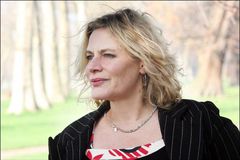