Relationships change over time spent online. Where I used to want to know everything about someone I loved, I now want to know only what he or she tells me. Anything I find out about that someone, from someone else, I rule inadmissible. In Tao Lin's new novel, Taipei, his protagonist meets a girl and spends hours searching Facebook for any photos she might have untagged of herself. Reading this, I sympathized, and thought he had doomed his interest. It seemed unfair – both of and to Lin's character – to not see her as she wanted to look.

Choosing how to appear is action, and it's this action that is denied where privacy isn't a right. In the wake of Snowdengate, publications as high up as The New Yorker published unthinking pieces on the "irony" of National Security Agency whistleblower Edward Snowden's martyriffic commitment to said privacy vis-à-vis the PG-rated "online exhibitionism" of his girlfriend, Lindsay Mills. Pundits confused privacy with the right to privacy, a distinction my generation – Mills's generation, Lin's generation – just gets. It's like how I wear see-through T-shirts in public, yet thoroughly dread the invention of a body-scanning app for Google Glass. Part of living morally in a society with nowhere to hide is deciding, when someone doesn't want to be seen, not to look.

When it comes to online privacy – and one day there will be no offline – we are, as artist Heather Dewey-Hagborg says in this week's New Yorker, "the last generation that will realize what we're losing."

This is the heavy framework in which Miranda July's new, e-mail-based project, We Think Alone, pretty unwittingly finds itself. July, 39, is a polymathemagical artist whose Jungian solipsism and near-totalizing sincerity are, to say the least, divisive (a 2011 New York Times magazine profile asked whether she was "the most honest, uninhibited filmmaker of our time," or "twee, precious and maddening," a question with still no answer). We Think Alone comprises e-mails sent over 20 weeks on 20 different topics, each originally and privately sent by 10 of her most famous and/or interesting acquaintances, including Kirsten Dunst, Kareem Abdul-Jabbar and Sheila Heti (to receive the e-mails, anyone can sign up at wethinkalone.com). It was born of a typical July curiosity: What secret mundanities can I see through my neighbour's window? Now her project feels bigger.

"I was talking with some friends after the NSA thing happened," she says on the phone. July lives in Los Angeles with her husband, film and video director Mike Mills. "We were like, wouldn't it be radical if we just said, well, let's make everything not-private. I mean, if it's all going to be read anyway."

It's not all going to be read – unless you are famous, under investigation, or untrusted by your domestic partner. But actually, that's a lot of "unless." It surprises me that people – that I – don't write every e-mail as though it is going to be leaked. Even in countries less state-controlled than China or the United States, your gmails are hardly safe from forwarding or screengrabbing or, frankly, hacking (ask a hacker). And when you die, what? Knock on wood, but Collected Gmails of Thomas Pynchon can't be very far off. He must either write or delete with that in mind.

So July, as July does, has taken a common household fear and made it sweetly, strangely palatable. Even those who've found her sickening will like this project: She's not in it. None of the e-mails were originally sent to her, and none of her own e-mails are being sent.

"The first batch I got was from Catherine Opie, the photographer," says July, "and her e-mails were so intense, so long, so personal. She shifted my conception of the whole project, you know, and I realized I'm getting to see this person from her own point of view. Like, you sort of feel like you're in the driver's seat."

Or, like you are wearing a Google Glass with "Opie" etched on the theme. July has neatly inverted surveillance: Instead of looking through a window into someone's life, you're standing in their life, looking out an open window (and windows are now almost interchangeable with screens). This feels more like theft than voyeurism.

Although, of course, the participants chose to give these e-mails away. Each round of messages has a theme. The first – on July 1 – was the hardest and nakedest: Money. But much shared is super-banal, made interesting only if you're interested in the sender. The most famous reveal the least, either because they don't have to, or they don't want to, or they've forgotten how – but we read their e-mails first. That too is a lesson in privacy, and how likely it is to be a luxury.

"There are people we have an idea of, like you have an idea of Lena Dunham," says July. "But with Kirsten Dunst, she's more of a classical actress, in that we don't know anything about her, really. I remember thinking we'd get all these surprising details. Then I got her e-mails and realized, oh, she's not going to share anything. She's going to do this whole project and we're not going to know anything more about her. The end!"

First, how did you like the cover for Sasquatch in the Paint? I thought it had a cheerful wholesomeness to it yet still focused on the basketball angle. The yellow lights around the kid based on me made him look like he'd been sprinkled by Tinker Bell and was flying to Neverland. Probably because Disney is the publisher. But it still looks pretty cool.

We're supposed to be receiving a check from Hyperion-Disney soon so I'll have Deborah send you a check as soon as it arrives. Writing this book was so much fun I feel a little like we stole the money. But only a little bit.

Let's get together next week and start work on the next one. I have an idea I think you'll like, but I want to work out some of the details first. 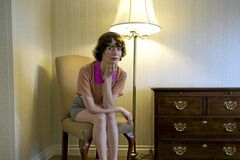 The Future: A quirky look at the trials of maintaining love
August 5, 2011 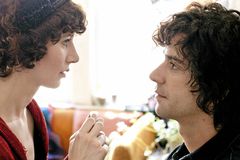 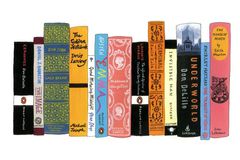