Canadian author Miriam Toews (pronounced taves) paid no heed to the importunate Mexican who had seen her picture on the back of a book - A Complicated Kindness, her most successful novel - and went on to flood her inbox with earnest appeals for attention.

"I ignored his e-mails completely," says a blond and winsome Toews, whose middle age (she's now 46) does nothing to deny the plausibility of a dust-jacket stalker. But the messages kept coming. The stranger said he wanted her to star in a film he was making about Mennonites in Mexico.

"I thought, this was crazy," Toews recalls. "I had never heard of him. I'm not an actor. He must have the wrong person."

So she ignored him.

His persistence paid off handsomely for the supposed stalker, who turned out to be celebrated director Carlos Reygadas - and whose beautiful and bizarre film co-starring Toews, Silent Light, was named as one of the best of 2008 by many influential critics. And no less for Toews, whose latest novel, Irma Voth, grew directly out of her experience pretending to be an old-order Mennonite in the Mexican desert.

Given that truth is always stranger than fiction, a novel about avant-garde cineastes colliding with a notoriously withdrawn religious sect in sun-pounded Chihuahua might easily strain belief. There's no question Toews was straining, albeit beguilingly so, in her debut as an actor in a film with a script improvised in a Low German dialect that neither she nor Reygadas understood. But the novel Toews managed to extract from the experience, which chronicles the flight of two Mennonite sisters out of their abusive Old-Order homestead and into the urban jungle of Mexico City, is as brisk and believable as tomorrow's news.

While the Mennonites of Silent Light remain unknowable stereotypes, the characters of Irma Voth pulse with individual feeling. Irma herself - a semi-shunned single mother living alone in a trailer - is a deep study of raw courage. Most distinctively, and typical of Toews, Irma Voth is hilarious - at once much deeper and much more accessible than the art-house film with which it is entwined.

"She goes to dark places and yet she comes out leaning to the light," says novelist David Bergen, like Toews a leader of the disproportionately accomplished group of writers produced by the Mennonite communities of southern Manitoba, finding the perfect metaphor for the occasion. "I think that's what makes her writing so available."

It's a kind of magic trick with which Toews readers have become familiar. "She's again able to dislocate herself and still be very located somehow with her comic vision," says Toronto academic Magdalene Redekop, an expert on Canadian Mennonite culture. "Her work resonates with people who don't have any knowledge of Mennonites."

Although Irma Voth's exotic setting marks a departure for Toews, whose fiction has previously remained firmly rooted in rural Manitoba - having failed to emulate the author's personal escape from the close-knit Mennonite community where she was born and raised - the novel's milieu and themes will be familiar to anybody who has read A Complicated Kindness, her bestselling, Governor-General's Award-winning novel of a rebellious Mennonite girl struggling to reconcile her yearning for freedom with inescapable family responsibilities.

The similarity is almost enough to embarrass Toews, who had previously declared A Complicated Kindness to be her last word on all things Mennonite. "I said, 'That's it. I'm finished. I'm never going to write about Mennonites again!' " she recalls cheerily, savouring her own comeuppance. "And here I am, writing about them again."

The contrition is all mock. In truth, Toews is a happy slave to her muse, wherever it leads her. And life has given her more serious things to worry about, such as how to rebuild one after a divorce, a move to a new city and then the death of her elder sister and only sibling, Marj, who committed suicide on the railway tracks outside the family home in Steinbach, Man., last summer, almost 12 years to the day after their father, Melvin, did the same.

Her father's suicide inspired Toews to write a memoir in his voice, Swing Low: A Life, which was greeted as an instant classic in the modern literature on mental illness. In the aftermath of her sister's death, she is focusing on simple survival.

Taking her mother and two children in hand, Toews abandoned Manitoba and bought an expensive fixer-upper in downtown Toronto, where she began rebuilding her shattered family with the same stoic determination that guides the storm-tossed but unflappable heroine of her latest novel. Three generations of Toews women now reside under her roof, she notes proudly, the lone provider sandwiched between her mother, Elvira, on the ground floor and her 20-year-old daughter, Georgia, on the third, "when she deigns to come home."

"My mum and I are like little refugees here in Toronto," she says. "I like to think of us as refugees from a hard place, which is the past."

That past includes a rich comic tradition that still informs Toews's work, according to Redekop. "One thing I would certainly emphasize is that Miriam Toews didn't come out of the blue," she says. "But being a brilliant artist she just makes a leap. She's doing fascinating new things with comedy."

The markets agree. Irma Voth is being published internationally amid high hopes for a breakthrough following the success of A Complicated Kindness in North America and Germany. The senior guest at the novel's launch party in Toronto this week was none other than Markus Dohle, CEO of Random House worldwide. Mennonites are hot, and Toews their unlikely exemplar.

It is probably no coincidence that Toews's personal journey parallels Irma Voth's own escape from billowing disaster in her isolated home community and into the indifferent embrace of a strange new city. Although she had mostly finished the book by the time her own sister took her life, it is most beautiful and alive in its handling of the relationship between overburdened Irma and her annoyingly carefree younger sister, Aggie.

Like Irma, the author struggles to cope with barely tolerable family responsibilities. Like Aggie, she yearns to break free. In her own voice, she wonders: "When can you get to that place where you just say, 'I don't care?' "

The answer is unforthcoming, because the past, as ever, is inescapable. The truth is that Toews does care: It's a Mennonite thing. A fearless critic of the fundamentalist ethic - an escapee - she still craves "that sense of community, that sense of striving for something good" she absorbed growing up in Steinbach.

Although many believers would not, she still includes herself in their community. "You don't need a religious background to strive for something good, for genuine compassion and love for others," she says.

That is a past Toews no longer expresses a desire to escape, as an artist or an individual. What hurts today, she hints, is watching it recede of its own accord. And what helps is work. "Get out of bed every day and get this done." 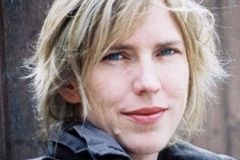 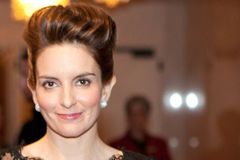