Squalor is big in art history. At least in that history that deals with the British Isles. And why not? The Brits are justifiably proud of their early democracy, their easy mingling of onion sellers and muddy dukes, and somewhat defiant about their role as cultural backwater throughout the Renaissance and early Enlightenment – when Italy and France were the civilized places to be. The whole "we happy few" rhetoric – the ragtag bunch against the perfumed silk finery of the continent – has been deeply embedded in the Anglo-Saxon psyche.

It is most marvellously explained in a new book, The First Bohemians: Life and Art in London's Golden Age, by Cambridge art historian Vic Gatrell. It's about a tiny area of London – around Covent Garden – which in the 18th century became a hotbed of artisans, painters, engravers, actors and writers, and was surrounded by filthy slums where all manner of vices were to be obtained. Interestingly, it was an example of de-gentrification: Its central piazza was built for the well-off, but the market and the surrounding neighbourhoods gradually brought down the tone. (The opposite tends to happen in artistic areas today.)

Gatrell argues that this was the first true bohemia (an idea usually ascribed to the mid-19th century in France); he means the first place where artistic life was concentrated, and lived cheaply and without regard for societal conventions of respectability. Gatrell revels particularly in the vices, in the streets full of prostitutes, the gin houses and "bagnios" (bath houses), in the rotting teeth and exploding livers of the well-heeled who frequented them, in the early deaths (famous courtesan Kitty Fisher died at 27, poisoned by the arsenic and lead in her makeup) and in the robbery and rioting. Particularly amazing are stories of the "Mohocks," gangs of young privileged men, many of them titled (perhaps something like what we would now call frat boys), who would drunkenly rampage in the streets, meting out random violence in the name of crime prevention.

I'm reading this in conjunction with another new history book, the excellent The Rude Story of English, by Tom Howell. The author is a former lexicographer, now a CBC Radio personality (and, full disclosure, a former colleague of mine on a CBC Radio show about the English language). Howell tells the untold, impolite stories of English words and what they mean, pointing out that many of our rudest words (the f-word and s-word, too) were not always taboo, and that early English texts are rife with penis jokes. He reminds us that the word "assropes" appeared in a translation of the Bible (although he admits he is not sure what it might mean). Howell's favourite exemplars of typically English eloquence are not from the educated writers and scientists, but from foul-mouthed Vikings, pirates and slave dealers. He, too, thrills to a strain of proud baseness in our cultural history.

And then I'm reading these two against a backdrop of the lushly depraved 2011 BBC miniseries, The Crimson Petal and the White (now available on DVD). Based on Michel Faber's troubling and entertaining 2002 novel, it's set in 1870s London, but has an old-fashioned Hogarthian vision of sludge-strewn Gothic streets and their menacing brothels filled with giggling, drunk, rich men. It begins with the face-rotting death of a prostitute who has been beaten and abandoned. Then it takes us into the lives of the new factory owners, the men transforming Britain into a global manufacturing power. It's got that crucially British lack of sentimentality about where its clichéd reputation – as the most overrefined, overcivilized, repressed nation on Earth, a place of raised pinkies and cakes – actually has its roots.

Modern Brits can't get enough of their ancient filth. It's been a great source of humour for their best comedians. French and Saunders did a couple of gruesomely funny sketches of medieval cooks ("Suckle my dugs till Michaelmas!" yells a cook before washing her hands in horse urine) and Elizabethan actresses ("I'd love a couple of pig's eyes to suck on!" shrieks a toothless slattern). And the anarcho-syndicalist peasants scrabbling in the muck are possibly the high point of Monty Python and the Holy Grail ("Oi, Dennis, there's some lovely filf over 'ere!").

Interestingly, Vic Gatrell claims that this penchant for portraying the rough lives of the poor, in 18th-century bohemia at least, stems largely from the art of the Low Countries (what's now Belgium and Holland), famous for street and domestic scenes; this was the tradition that gave us Bruegel. It was furiously disdained by the more civilized French and Italian artists (who preferred idealized nature and scenes from classical mythology). This tension between the low Germanic tastes and the high Romance ones was fought out notably between the satirists (Hogarth, Rowlandson) and the Academy (represented by Sir Joshua Reynolds). British culture has always been a mix of the two. Gatrell seems generally biased toward the "real" – the low – over the ideal. It seems we Anglo-Saxons always end up privileging the filthy over the perfect, which is not a bad thing in art.

Why do we struggle with what makes Canadian literature?
May 11, 2018 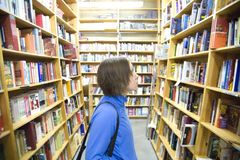 Hooray for brutalist architecture and its refreshing lack of irony
May 11, 2018 Why today’s literary novelists could learn a lot from Breaking Bad
May 11, 2018 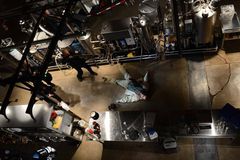