If you're anything like me, John Lanchester's Capital is the summer novel you've been waiting for. One of those thick, thoughtful, plot-driven books that makes the much-anticipated but often overrated prospect of "summer reading" into what it ought to be: Both an education and a delight, an activity to get lost in for hours and, almost by accident, to learn something new.

In order to pull this off, Lanchester does what precious few novelists in our time have had the guts to attempt: He writes about money. Not the stuff itself, which is of course ephemeral and devoid of inherent drama or character, but the significance we attach to it. The dreams and disasters wrought from the chasing, earning, losing and finding. The spoils, and the lack of them, are stacked cheek by jowl on a single city street.

The book's delight is in the characters – a diverse cast of urbanites drawn from Pepys Road, an almost-gentrified South London street named for Samuel Pepys, the famous MP and urban diarist of the 1660s. As for education, Lanchester tries to do something similar to his fictional street's namesake, and that is to offer a portrait of London at a pivotal moment: A city on the brink of the 2008 credit crash.

I'll save you the lengthy plot synopsis, but I've often thought it strange that, given the amount of drama and devastation created in the past few years by the markets, so few great English-language novelists seemed willing to choose as their subject the world of finance and its cultural reverberations.

There are a few notable exceptions, of course – Justin Cartwright's Other People's Money, Johnathan Dee's The Privileges, Sebastian Faulks's A Week In December and Don DeLillo's prescient Cosmopolis (recently made into a film by David Cronenberg). Historically speaking, there have been many fine examples of novels about class and cash, from Charles Dickens' ATale of Two Cities and William Makepeace Thackeray's Vanity Fair to Tom Wolfe's The Bonfire of the Vanities.

But the subject is still not widely explored: Most contemporary novelists simply don't like writing about money. Sure, they'll happily moan for hours about declining advances and their own mortgages, but mention the troubling aspects of derivatives or toxic assets and the average fiction writers I know will hightail it back to the bar (particularly if it's an open one).

Talking about money makes most novelists uncomfortable for good reason. Like most of the rest of us, they don't really understand it. In a way this is forgivable. Money and the complex systems that govern its movement around the world have become utterly mind-boggling in the 21st century. High finance experienced a shift toward abstraction in the same way the world of art did with advent of modernism.

In this sense, the difference between trading pork belly futures and credit default swaps is much like the difference between Elizabeth Browning's How Do I Love Thee? and T.S. Eliot's The Waste Land. While the first cultural product is accessible and easy to get one's head around, the second reflects a shift toward opacity (and a kind of bleakness) that tends to alienate the average person. But this, of course, is exactly why we need our finest fictional imaginations to have the courage to engage with the inexplicable world of finance.

Unlike most of his contemporaries, Lanchester is in an excellent position to do so. For starters, he actually gets it. His last book, IOU: Why Everyone Owes Everyone and No One Can Pay, was probably the best work of narrative non-fiction about the 2008 crash, along with Michael Lewis's The Big Short. Lanchester is now a regular contributor to the New Yorker on Europe's sovereign debt crisis, and, through a thoughtful and unusual combination of fiction and non-fiction, he has carved out an interesting niche as a writer and commentator on how seismic market shifts affect ordinary human lives.

For the past two years I've sat on a fiction jury for a London-based literary award handed out by the high-finance magazine Spears (a publication widely read in the City for its wealth-management survey). What's been remarkable is not the lack of good novels, but the lack of good novels about finance. As a result, the prize has had to loosen its nomination criteria. In addition to Capital, this year's shortlist included Alan Hollinghurst's historical epic The Stranger's Child and an American first novel set in post-apartheid South Africa (Absolution by Patrick Flanery).

Fittingly, it has been precisely the 20th-century shift toward a more impressionistic, less socially engaged form of literary novel that has resulted in the dearth of fiction that Lanchester and a few of his contemporaries now write. As economies continue to teeter on the brink, and ordinary lives hang in the balance, let's hope that, if we have to suffer through all this drama and anguish, it translates into more good stories. A great novel, after all, is the best and cheapest way to escape our financial woes, and accidentally learn something new in the process. 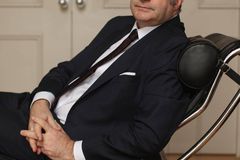 An interview with John Lanchester
January 15, 2010 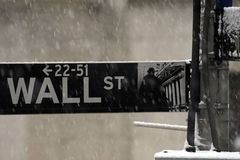 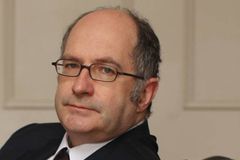