In junior high, a brooding boy named Ben took me into the woods and showed me his tattoo. It was a DIY job, done with a needle and a smashed BIC pen – we didn't have a tattoo parlour in Cobourg, Ont., in the 1980s – and there, on his pale, peach-fuzzed forearm in quavery blue scrawl were two simple words that thrilled me to the pit of my adolescent soul: The Smiths.

Lord, how Ben and I loved the moany band from Manchester. So complete was my devotion to their depressed, sexless, vegetarian front man, Morrissey, that between the ages of 13 and 15 my yellow Sony Walkman provided a near-constant soundtrack of his lovelorn poetry. The marriage of unrequited love and blind, curb-kicking rage sang directly to my teenage heart – and still occasionally does on just the right sort of drunken rainy afternoon.

I was similarly psyched this week – though in a decidedly more sober way – about the publication, by none other than Penguin Modern Classics, of Morrissey's widely anticipated autobiography, redundantly entitled Autobiography. (Evidently I was not the only one; the book has sold 35,000 copies in Britain in its first week.)

The singer caused a minor London publishing scandal earlier this year when he broke his contract with Penguin because they refused to publish him under the same imprint as his literary heroes Oscar Wilde and Evelyn Waugh. In haughty form, he told BBC Radio 4 he would publish the memoir with Penguin only if they released it as a Modern Classic. "I can't see why not, " he sniffed. "When you consider what really hits print these days, and when you look at the autobiographies and how they are sold, most of it is appalling."

Penguin relented and now Morrissey has the childish pleasure of seeing his famous lantern jaw on the iconic Penguin cover. The rest of us get the pleasure of reading the book, which, like the author himself, is by turns magical, original and staggeringly self-serving. Mostly it does what Morrissey does best, which is the same tragically beautiful thing over and over: He longs and rages, and rages and longs. His tune is the stifled adolescent's love song, and no one has written it better or more provocatively than he.

Morrissey is at his literary best when evoking the rain-soaked misery of growing up working-class and Irish Catholic in the Manchester of the 1960s and 70s, a city still shell-shocked by the war and plagued by alcoholism, low-level violence and deprivation. His primary school is a series of "long echoing halls of white-washed walls, carbolic and plimsoll and crayon blazing through the senses and demanding that all cheerful thought must now die away," and gives way to an adolescence in which the city's youngsters are "pinned together by pop music."

The beatings, emotional drudgery and casual molestations of school are tempered only by the magic of literature and music – both of which lift him from the primordial muck of childhood and high into the eaves of adult possibility. Through art, he begins to see another sort of future.

Young Steven Patrick Morrissey is wonderfully promiscuous in his tastes – Roxy Music and T. Rex obsess him as much as do the New York Dolls and the Ramones. Even Buffy Sainte-Marie gets a loving mention with her appearance on Top of the Pops.

Above all, his heroes show him a way out: Patti Smith, "the cynical voice radiating love, pain sourced on inspiration" makes him see that "the fact that you do not look like a pop-star-in-waiting should not dishearten you." Joey Ramone he compliments for "looking as if he had been murdered in a hospital bed."

But his true idol is David Bowie, who appears to the young Morrissey "detached from everything and yet open to everything, stripped of the notion that both art and life are impossible. He is quite real, impossibly glamorous, fearless and quite British. How could this possibly be?" With the appearance of Bowie, he concludes, "the child dies."

Oddly, the book loses much of its breathless, dreamlike steam as we move into The Smiths years, fame, and the singer's subsequent descent into lawsuits and solo-career mishaps. Unlike Bowie, who was so brilliantly capable of change, Morrissey's pattern of boundless self-pity soon becomes clear. Even at the height of his fame, he feels denied and cheated. If it's not the press, it's corrupt managers and greedy bandmates.

A picture emerges of a man in a permanent, sexless adolescent state. And there is nothing romantic about it at all.

Back in junior high, the perky, sporty kids hated The Smiths. "Ugh, so depressing," they'd complain, above the sound of my moaning Walkman. "All their stuff sounds the same." They were right of course, but it didn't matter. Unfulfilled longing is the theme song of the thoughtful adolescent. But for Morrissey today – rich, successful, published – the songs are starting to sound very old indeed.

Heaven knows he's miserable now. And quite possibly for good.

Why Man Booker winner Eleanor Catton should work hard to shut out the noise of fame
May 11, 2018 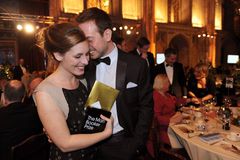 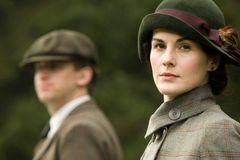 Why we need to stop speculating what goes on in the heart of Miley Cyrus
May 11, 2018 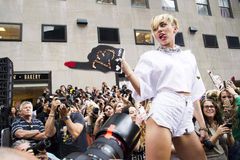