There was a lot to love during 2015, but I like to focus on books that may have been slightly overlooked during the onslaught, or didn't get their due because they don't fit into the tidy categories of what we deem great literature. The Giller Prize list was truly glorious and Margaret Atwood generously gave us a witty take on a terrifying dystopia with The Heart Goes Last, but there are some less high-profile books that truly made my year.

Marnie Woodrow provided a delightfully moving dual love story with Heyday, her first novel in over a decade, while Sassafras Lowrey was mesmerizing with Lost Boi, an innovative take on beloved classic Peter Pan. My favourite novel of the year by far was Elisabeth de Mariaffi's The Devil You Know, a taut thriller that thoughtfully captured the anxiety of living under the leering shadow of violence against women. My poetry pick of the year was Damian Rogers's Dear Leader, which reveals her to be one of the most valuable voices working in the form in Canada.

In terms of most important book of the year, Lori Shenher's revelatory memoir That Lonely Section of Hell takes that prize. Drawn from her experiences investigating the case of notorious serial killer Robert Pickton, the book is a brave and vital look not only into a staggering police failure to protect society's most vulnerable, but the realities of racism, sexism and living with PTSD. It's both scathing in its condemnation and sensitive in its depiction, shedding light on essential issues that we can not risk forgetting.

Finally, I'm recommending Howard Akler's recent memoir-slash-essay Men of Action to anyone who will listen. A heady yet accessible reflection on the nature of consciousness, it's a book that will make you fall in love with the possibilities of literature all over again.

Well, Jonathan Franzen had a new book out in 2015 and a lot of people cared.

I found myself in the unlikely minority of folks without an opinion on Franzen – on his books, on his alleged genius, on his alleged misogyny, on the fact that he looks like a dour Al Franken (okay, I've got an opinion on that: He does!). I'd read only a few essays of his, which were well written and profoundly misguided, but useful as points of argument. So, for similar reasons that I began drinking coffee at 26 years old, I decided to give the guy a shot to see what all the fuss is about.

I didn't, however, read Purity – but instead went all the way back to his 2001 breakout, The Corrections, which I'd avoided for no real reason other than that I'm still catching up on Important Books by Important Men published in the 1930s (Faulkner! Hemingway!) and had figured I'd make my way to this century's bestsellers on my deathbed.

So, anyway. I was ready to hate The Corrections, which made me ready to like it (every day there's a war inside, friends). Turns out I don't really feel one way or the other. What most struck me is how blatantly Franzen seems to have taken similar influences as his buddy David Foster Wallace (William Gaddis, Don DeLillo, maybe even Philip Roth) and distilled them into a kind of limpid populism. Where Infinite Jest borrowed and reinvented, The Corrections steals – and steals kind of clumsily, I think. That said, it's entertaining enough in parts and there are some nice sentences, and the bit on the cruise ship is pretty funny.

But David Foster Wallace also wrote a cruise-ship piece, A Supposedly Fun Thing I'll Never Do Again, which accurately describes how I feel about reading Jonathan Franzen. As in, I'm back to my original thinking: Who cares? There are other, more interesting writers to read whose careers don't merely seem like tautological projects designed to reify their own importance.

Beyond the books I've already written positively about in my column, far and away the best book I read this year – or my favourite, at least; but what's the difference? – was Edmund Wilson's 1940 work, To The Finland Station: A Study in the Writing and Acting of History.

Wilson's hugely insightful and addictively readable book chronicles the history of socialist and revolutionary thought, from the Enlightenment-era social histories of Giambattista Vico, through to the French Revolution, the growth of Saint-Simonianism and Marxism. Describing French historian Jules Michelet's first encounter with the writing of Vico, Wilson writes that, "Here, before the steady rays of Vico's insight … we see the fogs that obscure the horizons of the remote regions of time recede, the cloud-shaped legends lift. In the shadows there are fewer monsters; the heroes and gods float away. What we see now are men as we know them alone on the earth we know."

Beyond the more obvious philosophical and political genealogies, what Wilson is really tracing is the emergence of the human being in Western thought, the move from history as a chronicle of the mythic greatness of key figures to one that attempts to grapple with the complexities of the social world as normal schmucks like you and me experience it.

It also makes the case for the history book itself. Sure, you can open a novel and read about some guy who doesn't exist eating an imaginary hamburger or discussing his made-up woes with some other guy who also isn't real. But to be immersed in the whole intellectual and social milieu of people, and cultures, that came before us, to begin to understand the whole depth and breadth of the human condition, that's the purest distillation of literature's transportive power. That's why we – or I, anyway – bother to read at all. 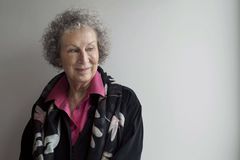 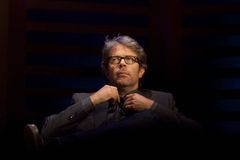 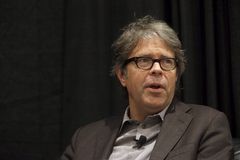