The "Cosmo Harms Minors" campaign, which started this spring, has now succeeded in convincing several major American retail chains, including Rite-Aid (over 4,500 stores in 31 states) and Food Lion (1,100 in 10 states) to place Cosmopolitan magazine behind pocket shields. The goal, presumably, is to guard innocent eyes from allegedly inappropriate content and covers, which is why it's now shelved alongside "other" pornographic magazines such as Playboy. The stores will also prohibit the sale of the magazine to minors.

By some coincidence, the NCSE (which was known until this year as Morality in Media) was founded in 1962, the same year Helen Gurley Brown published Sex and The Single Girl. The scandalous anecdotal memoir and advice book urged unmarried women to be in control of their financial and sex lives, and became a bestseller and cultural phenomenon.

And it was 50 years ago that Gurley Brown took over Hearst Publishing's Cosmopolitan, revamped it and vamped it up. Which is why, when the news of the innocence-maintaining blinders broke, I'd already been reading copies of Cosmo past and present, considering the pioneering editor's legacy both at the magazine she ran for more than three decades, and more generally on the newsstand. Cosmo isn't a fashion magazine, billing itself as the women's magazine for fashion, sex advice, dating and career advice. But as Gurley Brown herself quipped in a 1995 interview with Women's Wear Daily, "I used to have sex all to myself; now I have to share with the Ladies' Home Journal."

Often contradictory in its message – with stories on "how to drive him wild" and intense body-image pressures layered in among useful career advice and long-form reporting – Cosmo has always been contentious. Feminists have long disagreed whether the mag was a beacon of sexual liberation and career emancipation, or part of the problem. It can be both.

Cosmopolitan won its first National Magazine Award last year for a 2013 piece on birth control, an accolade which came with a flurry of discussion about how it was time to start taking the mag seriously. Contrast that with the September issue cover, on which Demi Lovato wears a plunging sequined mini-dress that shows side– and under-boob. But that's her sternum prerogative, and part of the magazine's brand persona (among Gurley Brown's many signatures were pouty, titillating Francesco Scavullo covers).

Although Gurley Brown crafted Cosmo for young women starting their careers, the older I get, the more seriously I take it: Not only for the investigative pieces (August's story on the rise of anti-choice pregnancy centres in the U.S. is chilling), but for the very brazen sexual content. What Cosmo has long offered as commonplace is now widely emulated by other magazines, and is as important now as in Gurley Brown's heyday.

Until I visited the NCSE website, it was unclear just why Victoria Hearst and the NCSE objected to the magazine: Whether it was because of the explicit cover lines, or because of how the models were dressed. What they're actually arguing is that the magazine is verbally pornographic, and the content desensitizes and fuels sexual violence.

You don't have to look very far back to find other instances when discussions of female sexuality were considered obscene. In Mary Dore's new documentary She's Beautiful When She's Angry, a chronicle of the American women's rights movement from 1966 to 1971, we meet the Boston women of the Our Bodies, Ourselves collective. The first issue of their classic health manual sold 240,000 copies, but its unstinting diagrams of women's bodies and frank discussions of issues such as sexual assault led evangelical pastor Jerry Falwell to label it "filthy trash." The movie also reminds us of J. Edgar Hoover's directive to have a certain "new and dangerous" group investigated as a national security threat: The Women's Liberation Movement.

Cosmo's quizzes and over-the-top sex tips may elicit an eye roll, but they were subversive at a very crucial moment of mid-1960s agitation, and they're still necessary. Gurley Brown's bestseller (which her biography reveals originally contained sections on birth control and abortion that were removed by male editors) and magazine got women talking: About how to dress in the latest fashions for the office or a date, and about enjoying their sex lives and controlling their reproductive rights.

Yet here we are defending that talk, and that magazine, again. As another of the activists in Dore's documentary observes: "You're not allowed to retire from women's issues. You still have to pay attention because somebody's going to try to yank the rug out from under you, and that's what's happening now." (At a retail aisle near you.) 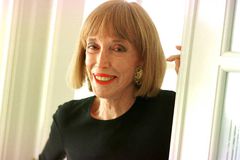 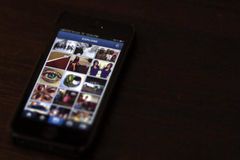 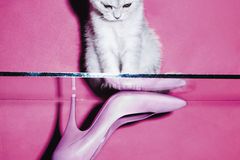