Who was the world's first national leader to try to grant women the right to vote? Few people know the answer: Sir John A. Macdonald. Early in 1885, while proposing enabling legislation, Canada's first prime minister argued that this country "should have the honour of first placing woman in the position that she is certain, after centuries of oppression, to obtain." That meant "completely establishing her equality as a human being and as a member of society with man."

Macdonald declared this change "merely a matter of time," Richard Gwyn writes in Nation Maker, "telling MPs not only that women deserved the vote but, as was truly revolutionary, that they deserved equal treatment in every aspect of public life." Macdonald made the case for women, Gwyn tell us, because he believed it the right thing to do. His argument fell on deaf ears. In 1893, New Zealand became the first nation to grant women the vote, and Canada did not follow suit until 1918 – 33 years after Macdonald proposed the idea.

Macdonald's feminist initiative has been largely forgotten, and Gwyn's revelation is a valuable nugget. It is also doubly emblematic. First, it is one incident among many included here that shows Macdonald to be more progressive than has generally been recognized. Second, it illustrates why, even though Donald Creighton produced a magisterial two-volume biography of Macdonald in the 1950s, we needed this new work: Creighton omitted this episode completely.

For six decades, that first great Canadian biographer has dominated our perception of Macdonald. But every author has limitations and blind spots, and Gwyn's hugely ambitious reworking reveals that Creighton was more conservative than his subject. When dealing with minorities or marginalized people – women, aboriginals, immigrants – Creighton consistently underestimated or failed to appreciate Macdonald's progressive tendencies.

Having digested prodigious quantities of research, and woven his knowledge into a seamless and stylish whole, Gwyn – whose books include the classic Northern Magus – has given us a first prime minister for the 21 century. By the standards of his own time, he tells us, Macdonald was liberal on matters of race and ethnicity. He sought harmony between francophones and anglophones, and "his views about the proper treatment of Indians – 'the original owners of the soil' in his repeated phrase – were far more liberal than most."

By the time he made the case for women, Macdonald had already extended the vote to First Nations without their having to lose any rights, "an idea that became a permanent part of Canadian law only three-quarters of a century later." Macdonald "also took it for granted that blacks in Canada had the same rights as anyone else."

Nation Maker is the second half of a two-volume biography that began with J ohn A. The Man Who Made Us. This work covers 1867 to 1891, from just after Confederation to Macdonald's death. The focal achievement chronicled in John A. was Confederation, and the uniting of four disparate British colonies into a single political entity of astonishing potential. The story at the heart of Nation Maker is the creation, against all odds, of a railroad that would become the spine of the emerging country – a ridiculous enterprise because, where a U.S. railroad to San Francisco would tap into a market of almost two million people, a Canadian one to Vancouver would serve only 25,000.

Gwyn shows us how the wily Macdonald, master of the art of the possible, made that railroad a reality – though it nearly cost him his reputation and his career. Along the way, we see the savviest politicians this country has ever produced going head to head with the best and the brightest of his day, both Americans and Britons, and coming out on top. Gwyn treats the Louis Riel story, that Canadian tragedy, with masterly even-handedness. Nor does he shrink from depicting Macdonald's weaknesses, which included both flashes of temper and public drunkenness.

Then there are the more intimate sadnesses: his second marriage to Agnes, who evolved into the severe "Lady Macdonald"; his estrangement from his only surviving son, Hugh John; and his lasting sorrow over his daughter Mary, a victim of hydrocephalus. Nobody who reads this work will emerge without knowing Macdonald to be a tragic human being – but a remarkable one who never ceased to rage against the dying of the light.

The first volume of this massive biography won the 2008 Charles Taylor Prize for Literary Nonfiction. This second volume has been short-listed for the inaugural $60,000 Hilary Weston Prize, Canadian nonfiction's answer to the Giller Prize. The book is a towering achievement, a glittering career-capper, and it may prove impossible to beat.

At the recent Kingston WritersFest, Ken McGoogan moderated a panel that included Richard Gwyn (full disclosure). McGoogan's latest hardcover bestseller, How the Scots Invented Canada, will be released next week in paperback. 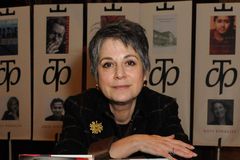