The burgeoning trend of censorship in the cyber sphere has claimed another victim.

Apple Inc., the digital-retailing leviathan, is refusing to market the Hippie 1 and 2 e-books and iPad apps by bestselling Danish author Peter Ovig Knudsen.

The two-part retrospective of Denmark's lively hippie culture in the late 1960s and early 1970s was rejected by Apple's iBookstore sales platform last month because – with photographs of naked men and women – it violated the company's policy guidelines, which stipulate no sexually explicit photos.

When Knudsen's publisher, Gyldendal Publishing, cheekily resubmitted the work, covering the offending breasts and genitalia with images of juicy red apples, it was briefly accepted and then, days later, delisted. Soon after, Apple also delisted previously approved apps for Hippie 1 and 2 from all its platforms.

The apps, created at a cost of about $30,000, combine the e-book text and photos with period music, offering consumers a broader reading and listening experience.

The Hippie book controversy follows a series of similar attempts by Apple to censor – or deny market access – to artistic material it deems offensive. Among the casualties were Naomi Wolf's new book, Vagina: A New Biography, which was given the edited title, V*****. Two mainstream German publications, the magazine Stern and the mass circulation tabloid Bild, have also run afoul of Apple's content police, again because of nudity.

There are two principal issues here. The first is apparent hypocrisy. Apple deems a dozen, 40-year-old, black-and-white photographs of Danes frolicking au naturel morally offensive, but sells Dani Olivier's Anthology of Nude Photography and Nude Inspiration in a Painter's Studio by Kristofer Paetau and Ondrej Brody – both volumes filled with pictures of naked bodies. It also continues to sell apps for Playboy and Sports Illustrated, which feature partially naked women.

The second is freedom of expression: Who appointed Apple the globe's moral arbiter?

I left an e-mail request for official comment on an Apple website. Two days later, a Canadian representative called me to say that she could not comment.

Earlier this year, an Apple vice-president told The New York Times that the Playboy and SI apps had been approved because they were the work of a "well-known company with previously published material available broadly in a well-accepted format." Denmark's Gyldendal was founded in 1770 – not exactly fly-by-night.

This latest instance of de facto censorship has ignited a firestorm of protest in Denmark. Last week, Uffe Elbaek, the country's culture minister, wrote to his European counterparts, and to European Union commissioners Neelie Kroes and Androulla Vassiliou, seeking to have the issue debated within the EU.

"This is a history book," Elbaek said in an interview. "It documents how we behaved in those days. Is it fair that an American company without any real dialogue … can apply American moral standards to a product that only interests a Danish audience with vastly different moral standards?"

In his letters to fellow European politicians, Elbaek says he has no wish to smear Apple. "Publishers have a legitimate right to sell and publish the works they want and believe in," he writes.

But he is concerned about the wider context of the Danish case – the principle of freedom of expression.

To reach a wide audience, European authors, musicians, filmmakers and others depend on global retailers with digital platforms. "The question is: How do we in Europe create the future conditions that allow artworks – even of a controversial and maybe provocative nature – to be distributed broadly?"

As a global digital infrastructure emerges, Elbaek told The Globe, a new "digital ethics is also being formulated." The risk is that powerful corporate entities "will decide how freedom of speech will be arbitrated and who is allowed artistic freedoms.… it's important that we have these discussions at regional and national levels."

"Their guidelines prohibit sexual content or imagery aimed at creating sexual arousal," Lauridsen says. "But our books are in no way pornographic or intended to create sexual arousal. We didn't think it would be an issue."

What strikes him as particularly problematic about Apple's approach, he says, is that it doesn't actively do the censorship itself. It simply advises artists that to gain access to the Apple platforms, they have to meet the guidelines. "But that means artists will begin to self-censor their work and that's not healthy."

In the meantime, hardcover versions of Hippie 1 and 2 have topped Danish non-fiction bestseller lists.

In a letter to Elbaek, author Knudsen noted that Apple founder Steve Jobs had "marketed himself as a child of the hippie movement," had claimed to have derived some of his most important insights from taking LSD, and was "driven by the desire to ensure peoples of the world easy access to art and knowledge. Our experience shows the exact opposite." 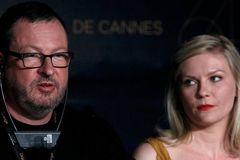 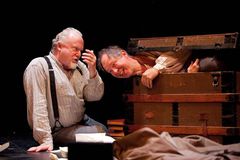