This summer, expat Craig Taylor is rediscovering his homeland through the Canadiana collection of the Abbey Bookshop in Paris's Latin Quarter. This is the latest instalment.

If you grew up in western Canada you'll probably know this guy: He might be the father of a friend of yours. When he's not "sick of all the grumbling" he's "sick of all the complaining." In the 90s, his were the politics of the shrug, a gesture coupled with the phrase "they-wanna-go-go" as in "if they wanna go, let them go," as in: It would be no great loss if Quebec took their sugar tarts and left the country. "Door's right there," and he would gesture towards an exit hovering, I suppose, somewhere over Labrador. Only a good podium could soften his position. Inexplicably, his attitude disappeared when Sylvie Daigle or Gaétan Boucher smiled at the adoring Olympic crowds. Then the sporting event ended, all was not forgiven, and the shrug returned. Theywannago? Theywannagogo?

He made me curious about Quebec. Tickets were expensive so my first visits were via the romantic literature of the time: the classified ads of the Montreal Gazette in the 90s, by which anyone with a library card could imagine living in an abandoned church for about 80 bucks a month. This was followed by the Montreal of Leonard Cohen's The Favourite Game, a more dangerous coming-of-age story than Catcher in the Rye, because it freighted a city with an overbearing weight of romanticism.

When I finally went east I felt much the same as Northrop Frye when he journeyed to Quebec from the Maritimes. "Here was one of the imaginative and emotional centres of my own country and my own people," he wrote, "yet a people with whom I found it difficult to identify, what was different being not so much language as cultural memory. But the effort of making the identification was crucial …" And the way to make that effort, for me, was through novels by Quebec writers.

In Paris this summer, my entry point was Gabrielle Roy's The Cashier, plucked from the bookshelf at Abbey Books. (Translated by Harry Binsse.) The titular character is Alexandre Chenevert, a Montrealer so owlish and unhappy, he is told to leave the city for his health and finds his way to the Quebec countryside, a setting usually seen to be morally restorative and good for the skin. This is nature celebrated in the tradition of the roman du terroir, the novel of the land, which goes all the way back to Patrice Lacombe's La Terre paternelle in 1846. According to the old rules, the narrative should end here with Alexandre catching a moose and preparing the meat for winter. "Might he not tame the squirrel who had come to pilfer his bread?" Roy writes. "Perhaps a crow next – picturing it as a garrulous pet, following him wherever he went." He could keep bees, make clothes from elk skin, for he was enfolded in the redemptive power of the Quebec wilderness. But, Roy implies, this is not 1846. Chenevert is drawn back to people, noise, newspapers, engagement. Life is in Montreal, or life is Montreal.

The city is both problem and solution. Set in 1947, this Montreal is already full of garish English billboards and anonymous cafeterias – a place which "thinks and suffers in two languages." The power of the novel comes from its elongated final section, when Alexandre's persistent hypochondria turns to actual sickness. As his death approaches, a priest arrives. The anti-clerical sentiment in Quebec literature goes so far back, their novelists have introduced over the years pews full of connivers, pervs and money-grubbers. Roy nods to the tradition of anti-clericalism, but instead of broad satire, employs one quietly devastating passage. Alexandre lies in hospital pumped with morphine. Next to him sits an unfeeling priest. What if God, Alexandre asks sacrilegiously, is only as good as the best of men? It's not the loudest attack on the church, but in his hospital room, one can just about hear the rustle of the Quiet Revolution.

In her 1978 work Two-Headed Poems, Margaret Atwood fixes on the image of "a duet / with two deaf singers." The implication is that we should somehow listen, but even now it seems we "listen" to Quebec writing in too much of a worthy and respectful way. We engage in "dialogue" and understanding – meek gestures my friend's father could easily scoff at: "They wanna be listened to? They should listen to me first."

Why approach the literature of Quebec with any dutiful respect? Thanks to a roll call of great translators over the years, any Anglo can instead approach a back list that risks, rewards, attacks; novels in which Quebec is victim, perpetrator, both – novels that, for instance, offer up countless Montreals to discover. The Montreal of Marie-Claire Blais's St. Lawrence Blues with its boarding houses, hopeful queers, losers who live on little but "love and fresh air." "Don't worry," says one down-and-out, "Sainte-Catherine is a long street, between one end and the other I'll find a man to help me…" Or Jacques Godbout's Montreal – full of streets "named after the Anglo-Saxon governors who beat us down." (Though of course Montreal is but one part of the province of our imagination.)

Reading novels from Quebec is not a gesture; it's crucial – a pleasure akin to that of decoding secrets past and present, discovering unofficial messages far removed from the language of politicians. It's like holding dried lemon juice to the light bulb. Communication appears. Those old B.C. guys would hate it: A connection is made. 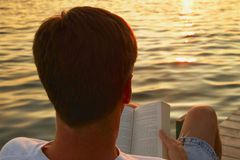 On apologies: Finding Canada in a forgotten corner of a Paris bookstore
May 11, 2018

Shelf awareness: Finding Canada in a forgotten corner of a Paris bookstore
May 11, 2018