Mr. Beatty's racy and irreverent novel, The Sellout, won the £50,000 award ($81,000) during a gala event Tuesday in London's Guildhall. He is the first American to win the prize, which was only open to U.S. authors in 2014. Previously only authors from Britain, the Commonwealth, Ireland and Zimbabwe were eligible. It's now open to writers of any nationality, writing originally in English and published in the U.K.

Ms. Thien and Canadian-born David Szalay were among the six short-listed authors for their respective books, Do Not Say We Have Nothing and All That Man Is. Ms. Thien was considered the favourite with bookies giving her 2 to 1 odds of winning (Mr. Beatty's odds were 6 to 1).

"This was one of the most extraordinary days of my life," Ms. Thien said after the event. "I'm very happy. And I loved The Sellout. That was a book that really blew me away, such a courageous book, such a hard book. I have all the happiness in the world for Paul. I think it's great."

Ms. Thien, who has been in London since Sunday attending various Man Booker events, joked that "now I can actually rest."

"I'll catch up on everything and then back to the touring schedule. I still have a few more weeks of touring and then I'll be able to have time for writing."

She added that the year has been a whirlwind with winning the Governor General's Award and being nominated for the Man Booker and Giller Prize. "I'm still on a bit of a high. I never thought I'd ever be here," she said.

The Sellout is a fast-paced satire on American race and culture set in a forgotten and impoverished part of Los Angeles called Dickens which has been literally erased from the map to avoid further public embarrassment. The lead character, an African-American known as "Bonbon" or "Me" or "Sellout," attempts to restore the town's image by reintroducing slavery and segregation, all of which lands him in the U.S. Supreme Court. It has been called the first truly great satirical novel of the century and a comic masterpiece.

The Sellout "plunges into the heart of contemporary American society with an absolutely savage wit of the kind that some have not seen since [Jonathan] Swift or [Mark] Twain," said Amanda Foreman, the chair of the Man Booker judges panel. "It is both funny and painful at the same time. And it is really a novel of our times."

Mr. Beatty said he was overwhelmed by the prize.

"I was trying to use things like the civil rights movement, the legacy of Los Angeles, my mom, all kinds of things as like a stepping stone to get to another place," he explained in a press conference after the ceremony. "And it's hard to do. I think people get caught up on certain words and their brains lock. Or a certain theme and their brains lock."

He added that writing has not come easily and that one professor told him to quit because she thought he wasn't any good.

"I don't like writing really. It's hard. You got to sit down and it's hard. I'm a perfectionist, I guess in some ways, and I get easily disgruntled and discouraged," he said. Another professor encouraged him to keep at it. "His faith in me really just helped give me the momentum to keep going and to have some confidence."

Awarding the prize to The Sellout could prove controversial because while the book has won wide acclaim in the U.S., it has received mixed reviews in Britain where some have called it too frenetic. Ms. Foreman acknowledged the book is a difficult read.

"I think that fiction should not be comfortable. I think the truth is rarely pretty and this is a book that nails the reader to the cross," she said. The Sellout "is a high-wire act that [Mr. Beatty] pulls off with tremendous verve and energy. He never lets up or pulls his punches. And that's extraordinarily courageous."

The judges took into consideration the timeliness of the book too, she added, pointing to the Black Lives Matter movement in the U.S. which has spread to the U.K. The book touches on "the complexities that modern society is confronting now this year, last year, the year before."

Madeleine Thien: ‘I think a great work is a genuinely living thing’
June 3, 2016 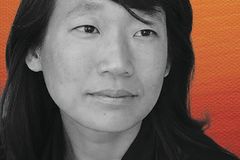 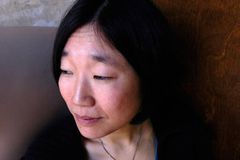