April was declared National Poetry Month in 1996, perhaps to spite T.S. Eliot. The American Academy of Poets claimed it first, and the League of Canadian Poets followed suit a polite few years later, in 1999. Frankly, spring has never been the same, at least for poetry lovers. Publishers target many of their releases to this month, a time when the pale spotlight shone on this corner of the literary world seems slightly brighter. Awards have followed suit, too – it is no coincidence that the Griffin Poetry Prize, one of the world's most generous and prestigious, announced its short lists a few weeks ago. (Do not miss international finalist Brenda Shaughnessy's Our Andromeda, one of the best books of last year.) Across the country, panels are convened, readings are held, books are launched and countless tiny plastic cups of tepid, sour white wine are consumed.

It's the one time of the year when poetry seems like a bit of an industry, which makes it easy to forget the spine-tingling feeling you get when reading something really good for the first time. I had this recently upon opening Dear Boy (Faber & Faber), a debut collection by Emily Berry, a young British poet. Berry's lyrics are entirely playful and entirely serious: you laugh, you're discomfited and, quite often, you're moved. Take the poem I Love New York, with its deft blend of pop culture, unusual imagery and deadly serious undertones. It is a poem of youth and energy that confronts a troubled world, indicting the superficial way we glide through it while subtly arguing that that might be the best and only way to do so.

Or consider Some Fears, a gimmick poem in which fears are listed – the sort of thing that would wilt in rougher hands, but which Berry pulls off because of her precise combination of high and low, of the stiffly formal and the slackly colloquial: "Fear of breezes…fear of ragged-right margin…fear of proximity to self-belief; fear of dam tree trunks; fear of unfamiliar elbows…fear of fear; fear of help. Fear of asking for, receiving, refusing, giving, or being denied help." Reading this collection, which ranges widely in voice, is like meeting an unusual person whom you'd like to befriend. You can't anticipate everything she will do or say – and some of it seems a bit much from time to time – but you want to know her more and better. You begin somehow to crave her company.

Averill Curdy's exceptional debut, Song and Error (Farrar, Straus & Giroux), offers many different voices, too, though from quite different registers than Berry's young jokers and lovers. It's an ambitious high-wire act that brings us to the haunting perspective of a grieving Thomas Jefferson imagining his almost dead wife's body ("a hive decocting its monstrous sugars") and the victims of the 1622 Jamestown massacre: "300 were murdered. Twice that/Refuse to garden, hunt, or gather food/But languish like sparrows sunk in a frozen pond/staring up at shadows, waiting/The sign that will call them back to life."

From the exceptional small press Canarium, which has published some of the most interesting American poetry of recent years, comes another of the year's standout debuts, Great Guns, by Farnoosh Fathi. It sits comfortably in the continuum of contemporary surrealism popularized by writers such as John Ashbery, but finds its own crisp perspective. Its language is lush and evocative, and simply sounds incredible, as in this, the opening of Sparrow: "This was more like the atmosphere/had been pinched, whose chirp was an unexpected gust/in a harmonium enough/to break all that high horse talk/that curdles the atmosphere." (Canarium Press is directed and co-edited by Josh Edwards, whose has an excellent new book of his own, Imperial Nostalgias, published by Ugly Duckling Presse, which reads like dispatches from a near future that grew out of a civilization related to but not quite our own.)

Silverchest (Farrar, Straus & Giroux) is the new collection from Carl Phillips, who, after 12 remarkable books, is one of the almost-elder statesmen of American poetry, and its high priest of seriousness.

Phillips is a great poet of morality and desire and the complicated relationship between the two. In his work, the possibility of sex is often twinned with the possibility of violence, and almost always tinged with the question of how one should act in a complicated world. In Distraction, a standout from the new book, a symbol of menace is made internal and tender: "He did what I told him to,/which for once I thought shouldn't count/ as weakness: he laid his gun on the bureau,/took his own shirt off first, then mine – but then wrapped/the gun up softly inside the both of them, sign/for many things, Trust me, Close your eyes, Make a wish, so that I couldn't decide…" Phillips currently serves as the judge for the Yale Series of Younger Poets competition, for which he annually selects and edits a debut volume by a new American talent. This year he has chosen Westerly (Yale University Press), by Will Schutt, which is a worthy book that is to some degree in Phillips's own image: sombre and elegant, and concerned with the articulation of wisdom.

Here in Canada, spring has brought a crop of interesting new titles. David Seymour's second book, For Display Purposes Only (Coach House), is equal parts moving and clever, often within the same poem. Thus a speaker's memory of hanging his "head upside down over the arm of the sofa/so the furniture gripped the ceiling's shag/and historical blood rushed to the inverted heads/of family portraits" comes crashing down when he admits to the still-fresh wound of his youth: "When you think I'm inattentive, or when I step/cartoonishly high across thresholds, it's because/I haven't fully recovered from childhood."

Daphne Marlatt rewrites and expands her celebrated 1972 collection Vancouver Poems in her new book, Liquidities (Talon), exploring the city today. Mary Dalton's Hooking (Signal) offers sophisticated centos – poems made entirely of lines from other poems – that make an eloquent argument for the idea that all poems exist in relation to other poetry. Elizabeth Bachinsky's The Hottest Summer in Recorded History (Nightwood) is her best work to date, and contains the exceptional and subversive poem When I Have the Body of a Man, which should be anthologized everywhere. Kate Cayley's warm and inquisitive debut, When This World Comes to an End (Brick), is full of such irresistible thought experiments as "The Late Life of Judas Iscariot" ("These days he sits in a deck chair, watching the water,/ his face lined and friendly"). Judith Cowan's graceful translation of Robert Melançon's For as Far as the Eye Can See (Biblioasis) packs 144 striking and meditative sonnets into one small volume. Melançon's work is rich and deceptively simple: "Let's lift our faces to this October sunlight, and close our eyes; at once we'll share/the entirely philosophical well-being of the cat/who's stretched out in the grass." It's a welcome introduction to one of Quebec's major poets. And next month, Phil Hall, winner of last year's Governor-General's Award, returns with The Small Nouns Crying Faith (BookThug).

My favourite book of the spring – and likely of many springs to come – is Metaphysical Dog (FSG/Anansi International) by Frank Bidart, our great poet of rage – rage at the self, rage at the world – and acceptance. This collection engages his entire body of work, echoing the lyric fluency of his incomparable 2008 collection Watching the Spring Festival, assessing his legendary long poem Ellen West, from 1977's The Book of the Body, and even harking back to the visionary terrain of his debut, Golden State. Metaphysical Dog is a book of devastating beauty and genuine terror – an unrelenting inquiry into some of the darkest corners of existence. No writer means as much to me as Frank Bidart, and I'm conscious of the inadequacy of this attempt to describe his work. But how do you write about unspeakable eloquence? How can you explain art that has taught you how to live?

Book Review
Joe Hill, like his heroine, finds his own way in latest novel
April 26, 2013 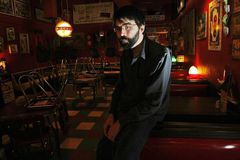 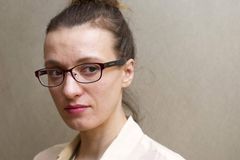 Book Review
In Z, the author plays dress-up, but the clothes don’t quite fit
April 26, 2013 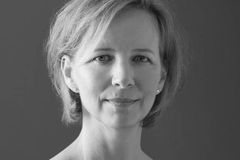