Deep inside Kay MacPhee's walk-in closet, you'd have better luck finding a Grisham or a Clancy than a Louboutin or Chanel.

There are the customary shoe racks and coat hangers in the closet, but her clothes compete with about 500 books that are also stuffed into the space. And that's not even counting the hundreds of titles on her Kobo, says the 76-year-old, who usually isn't reading more than "two or three books at a time," as she modestly puts it.

It's a hobby that couldn't be more apropos for the retired Prince Edward Island schoolteacher, who devoted her life to teaching her deaf son to read and went on to create an award-winning reading intervention program she later sold to U.S. education company Kaplan Inc. for about $22-million (U.S.).

Today, she's the co-founder of Ooka Island, an interactive reading app available in 32 countries that trains three- to seven-year-olds to read at up to a Grade 2 level upon completion. The program was launched last October but has already enjoyed considerable success in schools and with parents. Users pay $10.99 (Canadian) a month or $109.99 a year.

"Development of Ooka Island began in 2008, at a time when there was no iPad or apps. At peak production of the game, she had 25 programmers working on it," says her granddaughter Joelle MacPhee, director of marketing at the company's Toronto office and one of three MacPhees involved in the company (the other one is her father and director of finance, Lowell, the son who was born profoundly deaf).

"What we really loved about the program was being able to tap into the gamification side – there are lots of great opportunities to motivate and educate kids. But it also comes with 85 books available in print and closely aligned with the program – that's how we thought we could best set up a child for success in reading."

The road to success has been long for Kay, who grew up in the 1940s on a farm in Long Creek, about 16 kilometres away from Charlottetown. Her earliest memories are of the neighbourhood congregating around her family's kitchen table to read the packets of letters sent home by her father, a military police sergeant serving in the Second World War whom she didn't meet for the first time until she was 5.

Later, as a single mother of two, Kay travelled across North America in the early 1960s to learn the best techniques to teach deaf children how to speak and read. One stop was California's John Tracy Clinic, founded by Louise Treadwell Tracy, the wife of actor Spencer Tracy, whose son John had been diagnosed with nerve deafness and told "nothing could help" him live a normal life.

Another was the Clarke School for the Deaf (today Clarke Schools for Hearing and Speech) in Massachusetts, where Alexander Graham Bell once served on its board of trustees.

Kay quickly linked reading difficulties to an inability to adequately hear and differentiate the sounds of the English language – and realized she could use the same techniques for all children, including those with disabilities.

With the support of PEI's then-Minister of Education, Keir Clark, who had been deafened in his early teens and felt it was important for PEI to have its own school for children with hearing impairments, Kay brought back her acquired knowledge to the island.

She taught and later served as principal of the PEI School for the Hearing Impaired for more than 20 years, going on to work as an educational assessment specialist for the school system. Her motivation? A firmly held belief that anyone can read – and that reading achievement in the early years is highly correlated to success later in life.

"If a child can read fluently and well by age 7, the likelihood that that child will reach higher education doubles," she says.

Even after retiring, Kay felt her work still wasn't done. She opened her own clinic in Charlottetown in 1994 where she launched SpellRead, an intensive 80-hour program whose participants were reading upon completion.

It was meant to assist adults looking for employment that required specific levels of literacy. "PEI continues to have one of the lowest literacy rates in Canada, particularly in rural communities, where children drop out of school early to take over the farm," says Joelle.

"I remember the clinic being packed – we couldn't have enough teachers. My grandmother would wake up at 4 a.m., running off four hours of sleep to build this program. It just overflowed. People were flying in from all over – wealthy executives with struggling kids would get a cottage in PEI for the summer."

By 2007, SpellRead's success had grown across North America, and was ranked No. 1 out of 153 such programs by the largest clinical reading trial in the United States. Today, the program is lost sitting on a shelf in San Antonio, says Joelle, after Kaplan sold it during the 2008 financial crisis to another firm, which then went bankrupt.

But that hasn't stopped Kay, who has never done things the conventional way, says her granddaughter.

In 2007, Kay was awarded an honorary doctorate of laws from the University of Prince Edward Island and was the first woman in the province to receive a lifetime achievement award for technology.

"She's never paid heed to people who say, 'You can't do this or that,'" Joelle says. "I always think of her as an Anne of Green Gables – she has such a fiery spirit. The investors we had from SpellRead are now back again for Ooka, saying, 'Great, you're doing this again.' She's impacted a lot of people on the island." 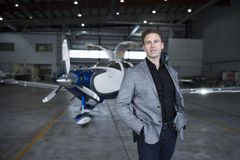 Entrepreneur finds a new arena to chase his dreams
April 21, 2016 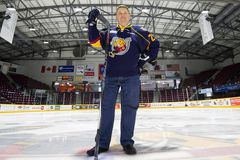 Software marketer embraces hacking for the good
March 29, 2016
Follow us on Twitter @globebooks Opens in a new window
Report an error Editorial code of conduct
Due to technical reasons, we have temporarily removed commenting from our articles. We hope to have this fixed soon. Thank you for your patience. If you are looking to give feedback on our new site, please send it along to feedback@globeandmail.com. If you want to write a letter to the editor, please forward to letters@globeandmail.com.
Comments