Renée Saklikar was 23 when her aunt and uncle visited Canada for the first time. Her aunt, a gynecologist, and her uncle, a surgeon, were in the United States for a medical conference and decided to visit family up in the Vancouver area. Then, missing their young son back home in India, they decided to go home early. They flew out of Montreal in the early hours (GMT) of June 23, 1985, on Air India Flight 182.

Their death in that flight's bombing, and that of all 329 people on board, was devastating to Saklikar, who later became an advocate for victims' families. A lawyer by training who turned to writing and poetry later in life (and is married to B.C. NDP leader Adrian Dix), Saklikar has just published a searing work of what she calls docu-poetry. It imagines the simple lives and violent deaths of all on board the doomed flight, in particular the 82 children under the age of 13. Children of air india: un/authorized exhibits and interjections is informed by Saklikar's personal losses and her extensive research into the tragedy.

In this book, her first, facts meet fiction with devastating scenarios, such as what the plane ride was like: An eager boy in the back row awaits a tour of the cockpit; a mother tires of her demanding little son, dressed in OshKosh overalls.

One poem remembers a victim, a soft-spoken ice-hockey player who loved her brother's laugh, and graduated from Grade 8 the day before the flight. Another imagines the terrible fall and quotes an embalmer: "Damage to the tummy from all that spiralling."

Saklikar was born in India, but moved with her family to Canada when she was a few months old. They lived all over the place – beginning in Newfoundland and with significant time in Montreal and Saskatchewan, before settling in New Westminster, outside Vancouver.

She began working on a poetic memoir a few years ago (which would turn into thecanadaproject, which she calls a life-long poem chronicle), but could not bring herself to write about Air India.

"I didn't want to write about this. It's painful, it's fractious, it's problematic. I just didn't feel up to it," said Saklikar, now 51, sitting at the little table at New Westminster's River Market. It's here where she has spent so many hours working on the poetry, the Fraser River outside her muse. "Eventually I became stuck. I just became stuck. Because there was just this thing, emanating, that must be dealt with. I'm sure you've heard this so many times before from artists – where we get the call and we know it's going to be tough and it's going to be hard and we don't really want it, because it's scary. That was me. It still is me."

Saklikar wrote a whole version of the manuscript with Air India as just a fragment of the focus, but she knew it wasn't working. So she answered the call. She began reading, immersing herself in the archives and the thousands of pages of documents about the tragedy.

"I started delving into all that and I'm at once the object of it and the subject of it. And that's when I started thinking, 'Okay this is a way I can get into this narrative.' And then, all I can say is that's when the voices started."

Saklikar exudes a confident sincerity as she explains her communion with ghosts. Those voices that came to her, that are still coming to her, were essential in writing this work. It's both a burden and a gift, she says, sipping her Rooibos tea, and calmly answering a question about when the voices would make themselves heard.

"Usually very, very late at night or very early, that predawn time. And then I became very frightened, of course. And again, there was this period of 'I can't do this.' And again, it is so much to the credit of the people around me – my family, my husband, my mentors, the writing community. And I just somehow kept asking myself, 'Well, what will happen if I don't write it?' And I thought: 'Well, I won't be able to live with myself. Because these voices want to get out.'"

In the work, Saklikar becomes

N – for niece, narrator. On the advice of a publisher (not the publisher of this book), she made a significant change to her manuscript, deleting – or redacting – the names of the victims whose lives, and deaths, she was portraying.

"I redacted all the names. I murdered my own text. I'm still in recovery about that," she says slowly. "It nearly killed me. I became physically ill."

A name that remains – and ends the book – is that of her orphaned cousin, Irfan – now in his 30s with two children of his own.

"I wanted to make sure his name was the last thing in the book," Saklikar says.

This spring, the writing became at turns a safe harbour, a further burden and a good lesson in perspective for Saklikar. Final revisions were due to be made at about the same time Saklikar was on the campaign trail with her husband (who also lost a cousin in the bombing of Pan Am Flight 103 over Lockerbie, Scotland). She could not do both simultaneously, so the revisions had to wait. Meanwhile Dix, who was expected to win the May election, suffered a stunning loss to B.C. Liberal Leader Christy Clark. He announced in September that he would step down as party leader.

"[My editor and I] took a hiatus during the campaign, and then, of course, the results of the campaign were, shall we say, somewhat devastating. So I found it very difficult to go back into what I then had to do, which were the final edits. …

"People say you must be excited about this book. No, I'm not excited. First of all, it's the responsibility and the weight of the subject matter and my own role in it. But then it's all this other stuff. … My husband will find his way, but there's no fooling around about these things," says Saklikar, who will launch her book at a Vancouver event on Wednesday night. "We'll see what I come up with poetically about that experience."

Surviving the Air India tragedy through the arts
September 9, 2011 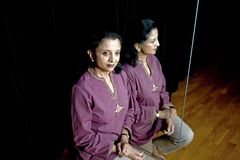 Who should tell the Air-India story?
March 28, 2005
Follow Marsha Lederman on Twitter @marshalederman
Report an error Editorial code of conduct
Due to technical reasons, we have temporarily removed commenting from our articles. We hope to have this fixed soon. Thank you for your patience. If you are looking to give feedback on our new site, please send it along to feedback@globeandmail.com. If you want to write a letter to the editor, please forward to letters@globeandmail.com.
Comments