The basics: The Winnipeg writer is nominated for his sixth novel, The Matter with Morris (Phyllis Bruce/HarperCollins).

The surprise factor: Little. Bergen's novel has received uniformly rave reviews and was widely expected to make the Giller long list announced in September. In their citation, the jurors laud him for his "wise, ironic portrait" of "a middle-aged man in crisis and in search of his own soul."

The cred: High. The 53-year-old writer won the Giller in 2005 for The Time in Between and his penultimate novel, The Retreat, made the prize's long list in 2008. He has also been a Giller juror. Moreover, as the victories of Alice Munro and M.G. Vassanji demonstrate, Giller juries have never been averse to giving out the top prize twice to the same author.

The basics: The 38-year-old from Dartmouth, N.S., is on the short list for a collection of short stories, Light Lifting (Biblioasis).

The surprise factor: Moderate. His stories have been published widely in Canada and the U.S., including in The Fiddlehead, The Notre Dame Review and The Journey Prize Stories.

The cred: High. He likes to keep this quiet, but he is the oldest child (of six) of master Canadian author (and Giller nominee and juror) Alistair MacLeod. The jurors describe his collection as a "careful marriage of the lyric and the narrative" that reflects "life's unspoken complexity."

The basics: A first book, and another short-story collection. The 35-year-old from Toronto is nominated for This Cake is for the Party (Thomas Allen Publishers).

The surprise factor: Moderate. Although This Cake is her first book, Selecky has had her short fiction published in such highly regarded venues as The Walrus, Geist and The Journey Prize Stories She has an MFA in creative writing from the University of British Columbia, obtained under the direction of literary maven and editor Zsuzsi Gartner.

The cred: High. Her publisher is Patrick Crean, whose roster of authors includes Austin Clarke (winner of the 2002 Giller for The Polished Hoe) andDavid Gilmour (winner of the Governor-General's Award for fiction in 2005 for A Perfect Night to Go to China).

The basics: And one more point for the short story: The Montrealer is nominated for The Sentimentalists (Gaspereau Press).

The surprise factor: High. Gaspereau, based in Nova Scotia, published Skibsrud's collection in trade paperback mid-October. The print run at the time was under 2,000 and stock is almost out. Gaspereau principal Gary Dunfield expects a new run "fairly soon, if not immediately."

The cred: Moderate. Skibsrud is a rookie and better known as a poet (her first poetry collection, Late Nights with Wild Cowboys was published in 2008 and short-listed for the Gerald Lampert Award). If David Bergen seems the favourite for Giller glory 2010, Skibsrud is probably the darkest horse.

The basics: The 40-year-old Newfoundland transport (she now lives in Montreal) is nominated for her first novel, Annabel (House of Anansi Press).

The surprise factor: Moderate. Sure, it's her first novel. But it has been published, to unanimously glowing reviews, by Anansi, a well-known spotter and developer of Giller-nominated talent. Her first collection of short fiction, boYs, was edited by the notoriously finicky John Metcalfe, and her brother is acclaimed novelist Michael Winter.

The cred: High. Winter is the only 2010 Giller short-listed nominee also up for the $25,000 Rogers Writers' Trust Fiction Prize. The Giller jurors are praising her novel as "a beautifully told, fully realized tale of a mysterious child gifted or cursed by a rare condition at birth. ... It is a startling first novel that is by turns touching, inventive and ultimately brave."

The Giller Prize: Could this be the year of the small press?
October 5, 2010 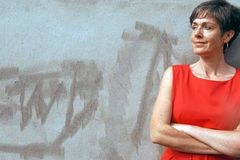 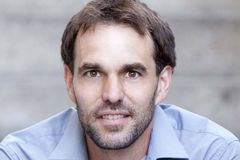