Raise a glass to François Chartier, a Quebec wine expert who has authored one of the world's best cookbooks. And that's official.

Chartier took a top prize at the 2016 Gourmand World Cookbook Awards, an international competition known as the Oscars of cookbooks, which took place in China last May.

His molecular approach to food and wine pairings have put gastronomy on the level of scientific research.

The Quebecker's eating and drinking experiments have won the admiration of Catalan super chef Ferran Adria, one of the world's best known proponents of gastromolecular cuisine, and of international wine authority Robert Parker, who has called his work "pure genius."

But Chartier takes the accolades with a dash of humility. "It's difficult to translate into words the emotion of winning such a world title," says Chartier, 52, speaking from Montreal. "But I am honoured especially because my aromatic research, along with my books, are recognized not only by wine professionals, but also by great chefs and food critics across the globe."

Chartier came to international attention after he won the Best Sommelier of the World award in Paris in 1994. It should have been cause for celebration but that same year he was diagnosed with multiple sclerosis. Determined to beat it – and on his own terms – Chartier began searching for foods with natural anti-inflammatory properties.

His quest led him to study the scientific structure of certain foods and wines. He brought together those sharing common and complimentary aromatic structures to form a relationship based on what he calls "aromatic harmonies."

"There was no scientific book explaining the foundations of matching wine and food, and so I decided to create my own scientific model based on my knowledge of the aromatic harmonies," he says. "I quickly realized that this new scientific understanding, a kind of mathematics of the taste buds, also allowed other cooks and chefs to create new recipes."

As a technical approach to gastronomy, it needs to be explained to be understand, let alone put into practice. It is what led Chartier to start writing cookbooks in the first place. Papilles et Molécules (Taste Buds and Molecules) came out in 2009, and explains Chartier's theory in intricate detail.

Despite being a heavy read, it received the same innovation prize at the Gourmand awards in 2010 and was a bestseller. His latest, L'Essential Chartier, is deliberately easy-going, meant to glide the reader through his brainy way of preparing a gourmet meal. It features more than 800 recipe ideas, along with wine and beverage pairings.

"If my previous book, Taste Buds and Molecules, was very complex, it is because I had to explain the science behind my approach so that people could understand that here we have discovered something very important. But my latest is simple. I share the results without explaining the approach."

All the reader needs to do, Chartier continues, "is to find the dominant ingredient in a given recipe and use it to line up other foods that share the same flavour profile. In this way, it is possible to create synergy with the dominant aromatic food before pairing it with the right harmonizing liquid, be it wine, beer, juice or tea.

"While the science behind it is very complicated, the results are a piece of cake to cook at home or in a restaurant. This book offers a harmonic comfort zone large enough for everyone."

When not writing cookbooks and winning international awards, Chartier has collaborated with Bordeaux oenologist Pascal Chatonnet, his co-author on Taste Buds and Molecules, to create a wine collection sold in Quebec through Société des alcools du Québec since 2013. Chartier trained as a sommelier and, in the more than 30 years he has been practising his trade, he has seen Canadian food and wine habits change with the times.

"In the 1980s, when I took my sommelier course, there was only one school that offered the course in Quebec, L'École Hôtelière des Laurentides, in Sainte-Adèle. Today, there are 15 different such programs offered across the province. As a result, there are many more sommeliers in restaurants, not just in Quebec but throughout Canada."

Canadian sommeliers are also appearing in greater numbers on the world stage.

"We are cleaning up at competitions," Chartier says. "Alain Bélanger finished second in Paris in 1997, and Ghislain Caron, Élyse Lambert and Véronique Rivest have all taken turns being named Best Sommelier of the Americas. Rivest is the top female sommelier in the world while Lambert placed fifth at the contest held in Argentina in June."

Given that Chartier is the forerunner, the innovator who has paved the way for other Canadian culinary geniuses to follow, he is entitled to feel proud.

"My curiosity and my thirst for knowledge have enabled me to go further, and above all to bring a new understanding of aromas as being the building blocks of cuisine. Without aromas we cannot appreciate or qualify what we eat and drink," Chartier says.

"Beforehand, we had built the global food and wine heritage on pillars of acidity, bitterness, sweetness and saltiness. But the aromatic universe is immensely more complex and nuanced. It plays an important role in how we eat to enjoy and to survive. Your nose is your boss. Follow it to discover new ways of enjoying food." 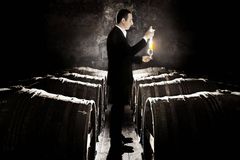 How to make the Ritz’s signature Oriental Cosmopolitan
July 27, 2016 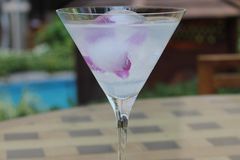 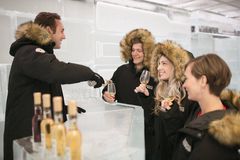