This novel tells the story of the historical cattle drive up from Montana to stock the Cochrane Ranche. As research-based historical fiction, it offers an easy entrance for readers to the origins of the open-range ranch era and the cattle economy which followed the region's economy of the fur trade, which followed from the self-sufficient era of the buffalo-based economy. It's also beautifully written. – Pamela Banting

This first captures with humour and insight what it's like to live in Ottawa, a town that is dominated by federal government politics and politicians and their preoccupations and shenanigans. Frankly, it's better to laugh at the whole thing than to have to think about how lowly our democratic processes have been brought by this generation of less than benevolent rulers. And the book captures the marvel that is the Ottawa River that keeps on flowing past and in spite of it all. – J.C. Sulzenko

This novel, more than any I've read, captures the conflict between tradition and modernity in rural and northern Canada. The book straddles the line between tradition and modernity, male and female, urban and rural, conformity and individualism. It is a rounded portrait of Labrador and all of its idiosyncrasies. Kathleen Winter has written a universal tale of "The Big Land," bridging the gap between isolated Labrador and the rest of the world. It is essential reading for anyone who looks north and wonders about Labrador. – Victor Ryan

Galore is a sweeping story with huge scope that tells the story of the entire life of a Newfoundland outport over nearly a century. It has a huge cast of characters and more than a touch of magic realism. It captures the flavour of a place set apart from the world that is nevertheless getting drawn into that world. – Trudy Morgan-Cole

The Lost Salt Gift of Blood, by Alistair MacLeod

I first read this collection of short stories 20 years ago in Can Lit at Cape Breton University (formerly UCCB). It was a revealing look into my family's coal-mining past, the attachment of maritimers to the sea, and the bittersweet journey "away" that all Cape Bretoners embark upon – or at least dream about. The most powerful two paragraphs in the book come from "The Boat." You'll know when you find them. – Janine MacAulay

The action in this book, and in all the subsequent novels of the John Cardinal Mystery series, takes place in Algonquin Bay, a barely disguised North Bay, Ontario. The author knows his sloppy winter roads, thick heavy snow blanket during a winter storm, or hot humid green summer days in the bush. Each of his books transcends North Bay, but you feel Lake Nipissing's and Trout Lake's presence at every turn of the story. Giles Blunt creates a tight mystery in familiar surroundings and it feels great. In my opinion, Giles Blunt's North Bay is far from the provincial quiet town we expect: it's grisly and urban. – Ginette Pelletier 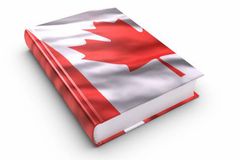 Searching for the ‘savour of the soil’ in Canadian literature
June 28, 2013 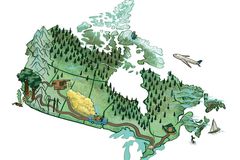