In late-2007, five years after he won the Booker Prize for Life of Pi, Yann Martel started talking about his next book. The structurally unconventional A 20th Century Shirt, he explained, would be divided into two separate parts and published as a "flip-book," with each half reading inward from its own cover. One would be a long critical essay, the other a made-up story featuring a talking donkey and monkey who lived on a shirt; both would be about the Holocaust, with the non-fiction piece tackling how it has been rendered in literature, and the fictional half offering a "non-historical" antidote to that dominant social-realist, documentary mode of representation.

Three years later, here is that book, half cultural criticism, half allegorical fable. Except it's got a different title, isn't explicitly either of those things, and the whole flip-book idea seems to have been thrown out the window. There are ruminations on how the Holocaust has been aestheticized and commemorated through writing, but if the book is about the Holocaust, it focuses more on what the Holocaust represents than how it is represented - and then only tangentially. So what is Beatrice & Virgil about?

This is a tough question of such a complex and nuanced book, and one that's all but discredited, with a metafictive nod, in an early scene. The novel's protagonist, Henry D'Hôte, a famous author whose previous, internationally successful novel featured anthropomorphized animals, has just finished a follow-up, half-non-fiction, half-fiction flip-book on - you guessed it - the Holocaust. But Henry's inventiveness is also his undoing: At a London Book Fair meeting, from a "firing squad" of publishing-industry figures, come critiques - "the novel lacks drive and the essay lacks unity" - and, of the unpublishable manuscript's general ambiguity, outright challenges: "What's your book about?" Henry is flummoxed: What is his book about?

Ultimately, what is any novel "about"? As Henry himself explains, at some level, every good novel is about truth. ( Beatrice & Virgil, for example, not only unearths truths of its own, but examines how truth is buried in the muck of history, and how art and imagination are often the best means of digging it out.) But being told that the flip-book "goes beyond the garland of facts" isn't the sort of snappy, succinct tagline that the editors, bookseller and historian present at the book fair meeting want to hear, and so Henry leaves with his manuscript orphaned and his literary career cast adrift.

Soured and disillusioned, Henry abandons writing and moves with his wife to an unnamed foreign city - "Perhaps it was New York … Paris … Berlin" - where he takes music lessons, joins an amateur theatre troupe and works part-time at a chocolate shop. We discover more similarities between the novel's protagonist and its author (like Martel, Henry is "the son of roving Canadian foreign service officers") and all these parallels, not to mention the vitriolic satire of the publishing chumps who axed Henry's book, suggest that something else is going on: Might Yann Martel actually have had his own flip-book canned? Is Beatrice & Virgil the roman-à-clef result?

While Life of Pi blurred and complicated the divisions between fact and fiction, Beatrice & Virgil offers an even deeper exploration of what's "real" and what's not. In a recent interview, Martel explained his decision to conflate his own life with Henry's: "People find autobiography has credibility; it pulls them in." Here the device is so convincing that one has to remind oneself that the novel is fiction - which, with a step back, begs an engaging question: What if Yann Martel were never writing a book called A 20th-Century Shirt? What if his 2007 spoilers were, in fact, an extra-textual prologue to the book he was actually working on all along, the book we now have in our hands? Either way, the potential for such speculations speaks to Beatrice & Virgil's capacity to expand beyond its pages, and to the terrain - the reader's imagination - where its multiple layers unfold.

If there is a weakness to Beatrice & Virgil, it might be the actual story, which lacks the narrative momentum of Life of Pi and hinges on a late, revelatory scene that feels more dramatically necessary than effective (or true). The novel's central conflict, such as it is, begins to develop when a local, elderly taxidermist, also named Henry, sends the author a copy of a Flaubert short story, a scene from a play he's writing and a cryptic note asking for Henry's dramaturgical help.

In Dante's The Divine Comedy (Yann Martel's own "desert island" book), Beatrice and Virgil guide the narrator through heaven and hell; here, they are a stuffed donkey and monkey in the back of the taxidermist's shop, brought to life as the main characters in his play - titled, of course, A 20th-Century Shirt. In the scene Henry has been given, Virgil charmingly explains the wonder of pears:

VIRGIL: To eat a pear is akin to… kissing. BEATRICE: Oh, my. It sounds so good. VIRGIL: The flesh of a pear can be slightly gritty. And yet it melts in the mouth. BEATRICE: Is such a thing possible? VIRGIL: With every pear.

Intrigued, Henry visits the taxidermist, a shady character as impenetrable as the stuffed animals that fill his shop, and finds himself drawn into a world in which art, history, life and death entwine. As he is given more pages, A 20th-Century Shirt becomes more philosophical: "To my mind, faith is like being in the sun," Virgil says. "When you are in the sun, can you avoid creating a shadow? … You can't. This shadow is doubt."

The two animals, and the shirt on which they live, seem symbolic of something, but if this is allegory, what for? Henry develops a hunch and, as he reads more and the material shifts from wonder to worry and, eventually, to events the monkey and donkey refer to chillingly as "The Horrors," the Beatrice/Virgil, Henry/Henry, past/ present and real/imagined binaries converge and cycle toward similar, inevitable - and inevitably violent - ends.

"Animals," Yann Martel has said, "fill me with a sense of wonder. To me, they are walking and breathing mystery." Similarly, Henry views the taxidermist's shop as "a stage full of stories," each arrested body bursting with "nervous [and narrative]tension." It is on this stage, amid all this stillness, that Beatrice and Virgil (and Beatrice & Virgil) come alive - stillness, of course, also being the essential theme of Martel's literary correspondence with (or, more accurately, at) Prime Minister Stephen Harper. It is the quality that Martel believes the best literature can inspire in readers, one that forces us to stop and consider ourselves and the world we live in.

Of Art Spiegelman's Maus, the 12th book he sent the Prime Minister, Martel wrote, "A disturbance - and Auschwitz is profoundly disturbing - can be the right way to renew one's stillness." And as the Holocaust has forever recast our understanding of humanity and historiography, so might Beatrice & Virgil, which ingeniously ruptures the division between worlds real and imagined, forcing us to reconsider how we think of documentary writing. Forget what this book is "about": Yann Martel's new novel not only opens us to the emotional and psychological truths of fiction, but also provides keys to open its fictions ourselves, and to become, in some way, active participants in their creation.

Pasha Malla is the author of The Withdrawal Method and All Our Grandfathers are Ghosts. 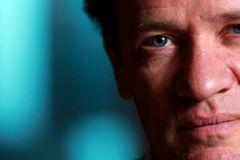 Chat with Yann Martel
April 8, 2010
Follow us on Twitter @globebooks Opens in a new window
Report an error Editorial code of conduct
Due to technical reasons, we have temporarily removed commenting from our articles. We hope to have this fixed soon. Thank you for your patience. If you are looking to give feedback on our new site, please send it along to feedback@globeandmail.com. If you want to write a letter to the editor, please forward to letters@globeandmail.com.
Comments