Ten years ago, driving through the north of Ireland under the aliases of Bob and Marge, my wife and I stopped at the famous Vanishing Lake in County Antrim. Suddenly, from across the moors, we were approached by a bearded backpacker who greeted us with the most egregious Oirish accent I have ever heard: "Aye, 'tis is wee fine day far'a tap o' the cairn," he said, or words to that effect. We ran into him again at our hotel, where he spoke to us in stage Irish, but addressed the desk clerk in a Canadian accent. Shortly afterward, our paths crossed once more at the Giant's Causeway, but he pretended not to notice us.

Now, everything becomes clear. The backpacker was none other than Will Ferguson, the author of Generica (re-released as Happiness{+trade}), one of the funniest books in Canadian literature. It was no wonder that he seemed mentally deranged; he was hiking along the Ulster Way, a task that makes scaling the Himalayas a cakewalk by comparison.

To climb, say, Rum Doodle, is easy; you just need to make sure that you've got the right mountain, hire several hundred sherpa guides, and up you go. But the Ulster Way … that's another kettle of bloody fish altogether. The trail was probably invented in a Manhattan bar by people who never set foot in Northern Ireland, and simply stuck spiteful pins on a map. It defies logic, global positioning systems, compasses and common sense. Beyond Belfast? Beyond Reason, more likely.

But away he goes, walking along the Glens of Antrim and the north coast, over the Sperrins, across the borderlands of Counties Fermanagh and Tyrone, cutting south through County Armagh, crossing the Mourne mountains, and making his way back to Belfast, almost (but not quite) completing the circle. In the process, he experiences blisters, scabies, dehydration (yes, in Ulster), food poisoning, drizzle, rain, mist, fog, more rain, heavy rain, torrential rain, high winds, horizontal rain, bucketing rain and - oh yes, did I mention it? - rain.

He narrowly survives death by lorry, death by drowning, death by mugging, death by wayward bull, death by frenzied dogs and death by electrified fence. He is up to his ankles in cow shite, he is chilled to the bone, he hikes in waterlogged boots, he is often lost, and for long stretches of time he is lonely, with only his own footprints for company. All this would knock the romantic stuffing out of anyone.

And yet … he also come across majestic scenery, magnificent views and breathtaking landscapes. If heaven is a replay of the "softest and finest moments of our lives," he writes, "I'll see more than a few fleeting images of Northern Ireland move past." It is, as he says, a land of contrasts; during his travels, he meets with occasional meanness, but much generosity of spirit and many small acts of kindness.

The narrative crackles into life when he recounts conversations along the way: the rhythms of speech, the quick-witted and slightly surreal sense of humour, and the range of attitudes from the "up the 'Ra [IRA]rdquo; boys he meets in Newry to the police officers he befriends in the Mourne mountains.

Taking place the year after the Good Friday Agreement of 1998, his journey captures something of the atmosphere of Northern Ireland at the beginning of a precarious and uncertain peace - or, as Ferguson remarks, the absence of war, which is not quite the same thing. The narrative is punctuated with historical and political musings, triggered by the places he visits and by his encounters on the route. His thoughts are informed by a fair amount of reading, a keen sense of observation and a humane disposition.

Some of his judgments are off track - he could have used a few more Ulster waymarks - but for the most part he writes with a fine sense of historical irony and a deep revulsion for the ways in which loyalist and republican paramilitaries have treated people as expendable pawns, destroying lives for their respective causes. He is also unsettled by the "the tacit approval given to terrorists and bigots," and exasperated by the self-censorship that is often necessary for survival. "I was tired of being neutral," he says at one point, "of having silence forced upon me by unstated threats."

Sometimes, when he decides to speak his mind, he runs greater risks than he realizes. You do not tell loyalists in the most Orange part of Belfast, on the most Orange day of the year, that in burning the Irish tricolour they are "almost burning their own flag" because one of the colours is orange. Not if you want to live a long and happy life, anyway.

Still, he got away with it - possibly because of his Canadian accent - and lived to tell the tale. There's a tale within the tale as well: the heart-rending story of Ferguson's orphaned Ulster grandfather, who came to Canada, and the quest to uncover the hidden family history. Both tales - of routes and roots - are born of desire to reconnect with the past, and speak in their related ways to the perduring power of Ulster Protestant ethnicity in Canada. They are funny, intelligent and well worth hearing.

Do not, under any circumstances, attempt to walk the Ulster Way. Instead, buy this book, take off your shoes and socks, sit down by a warm fire, pour yourself a glass of whisky, and walk with Will Ferguson, step by vicarious step.

A former member of the Belfast Rambling Club, David A. Wilson has hiked several sections of the Ulster Way, but never tried anything as heroic as this. He has written several books on Irish history, politics and culture, including Ireland, a Bicycle, and a Tin Whistle. 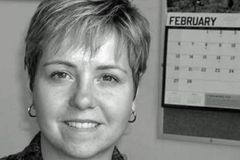