I've been going through a wordless patch. This week was the first anniversary of my stepfather's sudden death. The deer had eaten everything we'd left on his grave, so I bought Shasta daisies, black-eyed Susans, Spanish lavender and golden oregano, carried a chair for my Mom to sit graveside, and dug new holes in the dirt our family had shovelled last year. The sandy soil had an abundance of stones, and I started using them to build miniature walls around each plant, creating a topography that took me back to childhood cities I constructed for my turtles with blocks my stepfather made me. Who knew then what moment I was practising for.

At the same time I was reading Betsy Warland's passionate new book on writing. Warland is the author of eight books of poems, essays and creative non-fiction; she has edited, consulted and mentored and taught both as director of the Writer's Studio at Simon Fraser University and as founder of Vancouver Manuscript Intensive.

More than a survival manual, though it is that too, Breathing the Page tells how to reframe a tenacious problem with writing, break out of the kinds of self-induced creative comas storytellers fall into, introduce a beginning writer to the rigours of the writing life, or like a rosary or string of prayer beads, inspire and refocus a burned-out mind.

What could have been a disjointed series of essays, meditations, reported dialogue and numbered entries called In-fluencies (33 entries vary in length from 1 to 23 pages) instead fuses into a headlong rush through Warland's personal journey in language and creativity.

"Like dogs meeting in a park, scents are immediately exchanged, compatibility or lack of it is determined" - this is Warland describing a reader opening a book. Right away she brings writing back to the body, to the visceral, even, oddly enough, to the non-verbal.

Warland reintroduces us to the basic physical tools of writing: the pencil, the paper, the chair, the table. She explores their history, their essence and their effect on the writer's consciousness and art, then expands to examine the alphabet, the sentence, the room. Her essay on the computer, in which she acknowledges the lost pleasures of the typewriter - changing the ribbon, the clack and ding of it - and "missing the tactile record of revision tracks left on the page with pencil," provides a timely consideration of which losses are too great and might need to be reintegrated into the writing process.

Warland's thinking is particularly strong in the essays Scaffolding (separating story from supporting structure); Proximity (emotional distance and narrative depth of field); The Coma Story; and Methods of Inscription and Composition, in which she delineates two intrinsically different creative processes: additive and subtractive. Without giving too much away, one kind of author writes a couple of pages, perfects them and then writes more (Carol Shields), the other writes a complete first draft and only then begins to shape and rewrite (Michael Ondaatje).

Warland teases apart the different functions of the creative process that are bundled into the verb "writing" and (disconcertingly, intriguingly) gives them each their own verb. Thus "inscription" for the writing of first drafts, "composition" for revision and shaping, "scoring" for the way words are placed on the page, and "heartwood" for the original, germinating impulse for a piece. As is often the case when previously published essays are brought together in a book, the occasional repetition has been missed in the editing (for example Warland's reflection on the writing process for Bloodroot) but these occurrences are too minimal to irritate. Warland's choice to drop definite articles for certain singular nouns - "The computer is enigma" - reflective perhaps of a poet's inclination, jarred during more analytical segments, but the commingling of poetic, experimental and academic discourse is part of the unconventional journey that is this book.

Steven Pressfield's The War of Art focuses on the battle against one's own resistance to creation, John Gardner's The Art of Fiction provides a comprehensive base to spring off from, John Braine's How To Write a Novel is extremely helpful in the nuts and bolts of actually finishing a novel, and Jack Hodgins's A Passion for Narrative is a how-to guide for emerging writers. Warland's Breathing the Page relocates writing in the body and reactivates our consciousness of the physical and metaphysical relationships between writer, narrative, world and reader.

In the age of the Internet, as the old literary star system wanes and the chance of worldly reward from literary writing shrinks at least for now, a writer could do much worse than read Breathing the Page and thereby receive an infusion of passion, courage and devotion to the joys, rigours and purpose of the creative life. Warland evokes the ancient reasons for creating: fear and awe and being able to decorate the graves of people you loved.

Vancouver writer Claudia Casper's most recent novel is The Continuation of Love By Other Means. 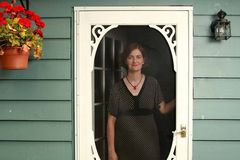 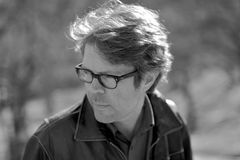 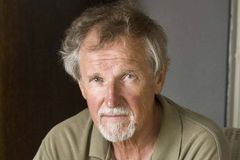