Twenty pages into Undermajordomo Minor, Patrick deWitt briefly abandons his hero Lucien (Lucy) Minor to narrate a bizarre spat between two engineers driving a train Lucy is preparing to take. Eirik, the assistant train engineer, is enraged that his junior colleague, Alexander, has been promoted over him to full engineer. To make matters worse, Eirik suspects – correctly, as it happens – that his wife is secretly eating his cheese and lying to him about it.

The interlude ends violently, as interludes in deWitt's books often do, with Eirik chopping Alexander's hand in two with a spade, but not before the reader is treated to a deliciously odd recitation of Eirik's dreams, including one in which Eirik's wife is "lying on the table nude while Alexander carved elegant swaths into her broad white calf with a paring knife, for she herself was fashioned from cheese."

Read as a stand-alone tale, the saga of Eirik and Alexander is a witty riff on the frustrations of workplace and domestic life. Read as part of a novel, however, the episode is a puzzle. The chapter that follows Eirik tossing the severed fingers of his fellow engineer's hand into the fire begins with the words, "Lucy knew none of this, and never would know." After that, Eirik and Alexander never reappear and play no role in the ultimate fate of the novel's hero.

Too much of Undermajordomo Minor works this way. Page by page, the book is often a hoot, brimming with winningly quirky characters operating by their own twisted fairy-tale logic. But as a whole, the novel is a well-written muddle that founders on its weak central character and choppy plotting.

Even at his best, deWitt approaches his plots crabwise, lingering over crackpot minor characters and sending his heroes on ingeniously concocted wild-goose chases. In the opening chapters of his 2011 bestseller, The Sisters Brothers, the two brothers, Charlie and Eli Sisters, are waylaid on their journey from Oregon City to San Francisco by, among others, a man weeping for no reason, a ravenous grizzly bear, a witch who casts a mysterious spell on them with beads and a frontier dentist who instructs Eli on the rudiments of dental hygiene.

But Charlie and Eli Sisters are Wild West gunslingers travelling to San Francisco to kill a man, and deWitt's narrative filibustering works because it so gleefully subverts the conventions of the traditional Western and draws out the moral divide between murderous Charlie and his more sensitive brother Eli, who narrates the novel.

Lucy Minor, to put the matter bluntly, is no Eli Sisters. An aimless whelp sent away from home after his father dies, Lucy takes a lowly position in a mouldering castle assisting the majordomo, Mr. Olderglough, who lives for the perfect cup of tea and is trying, unsuccessfully, to teach his mynah bird to sing. Mr. Olderglough and his incompetent cook, Agnes, are all that remain of a once-vast staff caring for Baron Von Aux, who has been driven mad by his love for his now-departed baroness.

This is the overriding theme of Undermajordomo Minor: Love is a thing that drives men mad. Through an enterprising pair of pickpockets whom Lucy meets on the train to Castle Von Aux, Lucy is introduced to the beautiful peasant girl Klara, who, unfortunately for Lucy, has also caught the eye of Adolphus, the "exceptionally handsome" leader of a band of partisans waging an endless guerrilla war that neither Lucy nor the reader ever learns the point of.

Despite deWitt's unfailingly deft dialogue and a series of increasingly inventive unlikely events, the love story between Lucy and Klara never truly catches fire, and one senses that deWitt has included it, along with the other tales of unrequited love that fill the book, only grudgingly, in order to fulfill the requirement that a novel have a central plot and theme.

DeWitt's sympathies seem to lie instead with his side characters, who are walking repositories of screwball charm. Mr. Olderglough, the Baron and Baroness Von Aux, the pickpockets, even the bickering train engineers Eirik and Alexander – all of them are more fun to be around than Lucy, whose chief function in the narrative appears to be having enough bad luck to keep the plot in motion.

Midway through the novel, Baron Von Aux, whose romantic difficulties cause him to prowl the castle at night terrorizing the help and dining on uncooked rats, must be brought to his senses in time to meet the Baroness, who has been persuaded to return. The task falls to Mr. Olderglough, who clouts the Baron over the head with a birch stick. Afterward, Olderglough stands "studying the birch wood admiringly. 'Do you know, I enjoyed that,' he conceded, and his face bespoke an exhilaration, for how curious life was, how unfathomably novel, and occasionally, wonderful."

Readers who don't mind a few heaping dollops of digression with their literary exhilaration may find themselves agreeing with Mr. Olderglough by the end of Undermajordomo Minor. Those looking for a repeat of The Sisters Brothers may wish to wait for the next book from this gifted, if uneven, writer.

Vancouver's Michael Bourne is a staff writer for The Millions.

Giller longlist is intriguing and wonderfully unexpected
May 15, 2018 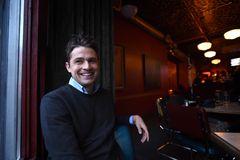 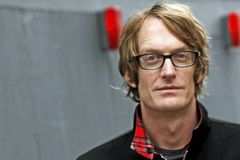 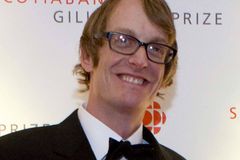