Writing novels is, I hope, something that you get better at the more you do it. Occasionally it happens that a person writes one or two good books and then peters out, seems to stall, and the work is never as good again. This is, obviously, unfortunate for readers, and even more so for the poor writer. But it's not a problem Michael Crummey faces.

His two previous novels, River Thieves and The Wreckage, were critical successes and national bestsellers, and deservedly so. They were very good books and I enjoyed them immensely. Galore blows them out of the water.

The novel opens with a group of people in the fictional Newfoundland outport of Paradise Deep, slaughtering a whale that has inexplicably beached itself. Young Mary Tryphena watches as the body of a man, pale and stinking, is cut from the whale's belly. Her grandmother, an old crone named Devine's Widow, defies the town oligarch, King-me Sellers, and has the man carried up the hill to prepare him for a proper burial.

The man, it turns out, is in fact alive, though he cannot speak a word. In the spirit of compromise and illiteracy, he is given the name of Judah. He never does utter a word, and he never loses his stench, but his presence ignites a spark in Paradise Deep that sustains the story for multiple generations.

Crummey's prose is flawless. He has a way with the colloquial that escapes many writers, an ability to make the idiosyncrasies of local speech an asset in creating an image in the reader's mind.

"They'd scaled the whale's back to drive a stake with a maul, hoping to strike some vital organ, and managed to set it bleeding steadily. They saw nothing for it then but to wait for God to do His work and they sat with their splitting knives and fish prongs, with their dip nets and axes and saws and barrels. The wind was razor sharp and Mary Tryphena lost all feeling in her hands and feet and her little arse went dunch on the sand while the whale expired in imperceptible increments. Jabez Trim waded out at intervals to prod at the fat saucer of an eye and report back on God's progress."

I have, for example, never heard the word "dunch" in my life. But still I know what it means, and have even from time to time felt it in my own rear side. There are writers who can send you scowling for a dictionary, and writers who throw you laughing into language. I went to the dictionary only because of this review, and "dunch" wasn't there. It doesn't need to be.

I believe that books, or at least good books, have a voice. I'm not talking about narrators or characters or that sort of thing; what I mean is that the book itself feels alive and it has a personality and sound all of its own, independent of whatever other stylistic devices are at play within its pages. In this respect, Galore succeeds brilliantly. It's a book that will live in the minds of readers long after they've turned the final page.

Where Crummey's first two novels took one or more characters and placed them in a historical context that allowed readers to see both the characters and Newfoundland, which is how most historical novels work, Galore achieves a far more difficult effect. The characters, plot and setting have been fused, in that this book isn't so much about the people and the events and places that affect them as it is the folkloric sum of Newfoundland, and the characters, as individual and real and compelling as they are, are, for all their strangeness, archetypes, an odd and wonderful mash of biblical and pagan touchstones. It's an incredibly difficult task to make characters such as these work as human beings as well as elements of folklore, and Crummey does it with as much skill and grace as Gabriel Garcia Márquez does in One Hundred Years of Solitude , a novel very much the forebear of this book.

We eventually follow the descendents of young Mary Tryphena through the years, watch as Paradise Deep flourishes and flounders, see the ripples of events that happened years before, see history repeat and morph and repeat again. In Galore , the ghosts are real and the real people live as ghosts. Things that shouldn't happen do. You could, I suppose, call the book a sort of magic realism, though I'm not sure if that doesn't confine it in a way I'm not willing to do. There's something about the term "magic realism" that suggests that magic isn't real, and besides that, the magic that takes place in Paradise Deep isn't really magic, it's simply a part of the known world, like gravity or rainfall.

We have, in Canada, a handful of writers who are able, in the minds of readers, to define a place. While I've never lived in, or in some cases been to, the Miramichi, Comox Valley, Cape Breton or Montreal, I've read David Adams Richards, Jack Hodgins, Alistair MacLeod and Mordecai Richler. As a result, those places live as vividly in my imagination as many places in which I've spent more time and about which I know more factually. Perhaps even more vividly.

Michael Crummey is without a doubt one of Canada's finest writers. I won't thrust the mantle of the voice of Newfoundland on him, as he may well in the future write about other parts of the world, and I will be happy, as a reader, to follow him there. Throw a rock on the Rock, burning or not, and you'll hit a good writer (please don't actually throw rocks at writers, or anyone). But the Newfoundland that exists in my imagination - the one that may not be real and if it ever was real likely doesn't exist today - smells and tastes and sounds like Galore .

Steven Galloway is the author of The Cellist of Sarajevo. 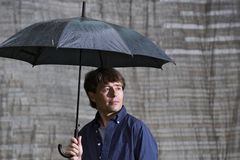