The air in India is heavy with fragrant flowers and spices and feces. Aunties stand on their stoops sipping kava, a chai made with cardamom and cinnamon and other secrets our mothers won't tell us. Cows roam freely, they don't bother us and we don't bother them. My family and I had been to India before, but last November was the first time we brought a few white bodies with us: my sister-in-law, Newfoundland born and raised, and my niece, a biracial little bean who looks whiter than all of us.

My niece didn't want to go to India at first – she claimed that everyone there smelled "bad" and were "poor" – but my parents and her parents brushed it off easily. Only I seemed irritated by it, by her refusal to identify as Indian, to ignore the Hindu roots of her first name, the Kashmiri roots of her last. Months before the trip, I picked her up and looked at her porcelain skin and blue eyes and asked, "I'm brown. Don't you like me?" She chewed on the corner of her mouth and brushed her fingers down my hair, dark and straight like my mother's, not very much like hers.

She is half-brown, of course, but she hasn't yet identified with brownness, something that came easy to me – forced, frankly – while growing up in a white-dominated Canadian city, being raised by immigrant parents. My niece is, without question, white-passing, but I know there is brownness in her. Or at least, I want there to be brownness in her. It's important that she know where half of her comes from, even if I'm not so sure myself.

Born in Aden, Yemen and now living in Toronto, Al-Solaylee looks at a myriad of brown communities in every corner of the world: Muslims in France, domestic workers in Hong Kong, light-skinned people of colour everywhere. It's an impressive and expansive look at a group of people so malleable and hard to identify, so varied when it comes to selfhood, and so disparate in terms of geography, culture, religion, and language.

In full disclosure, Al-Solaylee was a journalism teacher of mine at Ryerson University, the only non-white professor I had. I was 17, had just moved to a city and a school with more brown people than I had ever seen, so I called my dad immediately to tell him about this, my brown teacher. He managed to identify Al-Solaylee's background merely from reading his last name and finding a photo of him. Though Al-Solaylee family members are Muslims from Yemen, and mine are Hindus from India, it was close enough: some brown people love doing this, finding a way to connect with the other brown people in the world. There are so many of us, and yet, we live eras and miles and lifestyles apart. My dad still likes talking about him, asks about him frequently, because he loved that there was someone who looked even remotely like us teaching me my first class in my undergrad. (My dad's accent comes out even stronger when he talks about him, a quaint reminder of one of the great unifiers of brown immigrants to the West.)

Brown accomplishes this same attempt so many brown people have for connection. Most gutting, though, are the passages where Al-Solaylee looks at anti-black racism within brown communities, even by people who might otherwise be considered black themselves. Al-Solaylee writes about avoiding the sun as to not get any darker, about a racist letter from Myanmar's consul general regarding an ethnic Muslim minority, about the resentment between Afro-Trinidadians and Indo-Trinidadians. So often, discussion of racial equity falls in black-and-white lanes – literally – but Brown contextualizes these discussions with the biases coming from people of colour themselves. It's essential reading, not only for brown people seeking connection or explanation, but for anyone with any stake in understanding the non-white world.

If there's anything to learn from reading about brown people, it's that whiteness is still the ideal, even when the general population isn't white at all. My family in India loved looking at my niece, loved touching her, playing with her big curly hair. One aunty particularly dedicated to the pursuit of fairness rubbed my niece's cheek, hoping to get some whiteness from it. People stared at her when we took her to restaurants with a kind of reverence, this blue-eyed rani holding hands with a bunch of regular brown people.

When I look at my niece, I see her whiteness warring with her brownness, an identity that can't be clear because the brown side of the family still hasn't settled. Brown is so relevant for brown people in particular – or, frankly, anyone who identifies as non-white – because it reminds us that our existences are so intertwined, so complicated thanks to colonial influences, to migration, to slavery. I want my niece to know who she is, but what an unfair ask of a child when her adult aunt is still figuring it out for herself.

One evening while in India, on our way to a family wedding, my mother braided my hair down my back and I applied black liner to my waterline. I wore big gold earrings and bangles, and a salwar kameez in cobalt. When my uncle's wife saw me, she squeezed my arms and said, "Ah, see, now you look like an Indian girl." My niece stood behind me playing with the loose fabric of my outfit. "Can I have a blue bindi?" she asked me. I said okay.

Scaachi Koul is a senior writer at BuzzFeed Canada. Her first book, The Pursuit of Misery, will be published next year.

Four books that capture what it’s like to be a refugee arriving in Canada
September 4, 2015

Escape from intolerance: one man's journey to Canada from Yemen
July 16, 2012 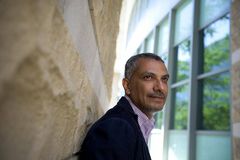 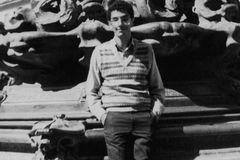