When Leonardo da Vinci painted history's most famous smile – the Mona Lisa's elusive simper – he was spending his evenings in the morgue beneath the Santa Maria Nuova hospital, skinning cadavers and making notes. By peeling back the flesh, he discovered mechanisms of nerve and muscle that controlled facial muscles – he taught himself about the hidden patterns that underlie everyone's smile. And he worked these discoveries into his masterpiece, lending the finished work an uncanny realism never before achieved.

Da Vinci was the archetypal Renaissance Man, ignoring the borders of science and art. His promiscuous curiosity was – well, the stuff of genius. In fact, as Walter Isaacson recounts in his marvellous new biography, da Vinci's Mona Lisa is less a capstone to a career in painting and more a single refraction of brilliance, cast from a many-splendored mind. Da Vinci was, meanwhile, "producing unsurpassed anatomy drawings based on multiple dissections, coming up with schemes to divert rivers, explaining the reflection of light from the Earth to the moon, opening the still-beating heart of a butchered pig to show how ventricles work, designing musical instruments, choreographing pageants, using fossils to dispute the biblical account of the deluge, and then drawing the deluge."

Isaacson argues that da Vinci is history's greatest creative genius and, given the evidence amassed in this 600-page work, one would be hard-pressed to argue. And why bother? Isaacson – our greatest living chronicler of genius, with biographies of Albert Einstein, Benjamin Franklin, and Steve Jobs under his belt – would know.

The book elevates its readers, inviting those of us who struggle with our daily Sudoku to peep at the workings of a mind nearly angelic in its prowess. Still, Isaacson is careful not to fawn. Rather, he sketches a rationale: da Vinci's genius springs from his disregard for categories. Whereas a visual artist today would be encouraged by a hundred confounding factors to "stay in her lane" and pursue visual art for its own sake, da Vinci would have been disgusted by such constraints. Science was no distraction; in fact, science fed his paintings. The Mona Lisa's smile was not the only work to profit from the study of cadavers, for example. Isaacson takes pains to show how the neck of his St. Jerome painting was altered about 30 years after the fact, when da Vinci discovered new details about human neck muscles. Similarly, the rebounding light and coloured shadows on display in his paintings derive from detailed studies of optics. He had, as Isaacson puts it, "a reverence for the wholeness of nature and a feel for the harmony of its patterns, which he saw replicated in phenomena large and small."

There was, especially, an interplay between art and engineering, which Isaacson makes much of, drawing special attention to da Vinci's fascination with Brunelleschi's famous dome for Florence's cathedral – "a triumph of both art and technology" – along with da Vinci's own designs for flying machines, fantastical weaponry, and a whole slew of never-made contraptions. In attempting to design wings for humans or a monstrously large crossbow, da Vinci looked deeper into the nature of motion, physics, and material qualities. And all of it poured into his art – which is reproduced, for reference, throughout the book. It's impossible not to flip back and forth between Isaacson's descriptions of each artwork and the images themselves, discovering fresh details, page after page.

da Vinci's birth was non legittimo and that may have been a blessing. Had he been a "legitimate" son he would have been forced to become a notary like the other men in his family. As it was, the boy remained relatively free to pursue his own interests. Experiment and curiosity ruled young da Vinci's life, and Isaacson does a convincing job of describing the child genius at play and study, developing an approach "that foreshadowed the scientific method." Italy was enjoying a 40-year period of peace between its city-states and Johannes Gutenberg's printing press was just beginning to make books more available. Legitimate or no, da Vinci chose an excellent time to be born.

By the age of 12, da Vinci had been apprenticed to a studio in Florence, where the enormously powerful Medici family kept artists busy by commissioning works that flattered and reasserted their position. Da Vinci would spend the rest of his life seeking favour and commissions from powerful families, though he often failed to deliver promised works. Isaacson tracks the artist through a career tempered by equal parts ambition and distraction. Along the way, he busts the myth that da Vinci's genius was purely "a gift," some automatic skill. Da Vinci worked tirelessly, and one of the book's many admirable qualities is its balancing of wonder with explanation and a detailed narrative of the craftsman-like progress – even a plodding sort of progress – that da Vinci made through the years.

In fact, there are several myths dashed by Isaacson, several sharp surprises. Da Vinci's famous "mirror writing" (the lines in his notebook track backward, from right to left) is revealed to be a not uncommon strategy for left-handed people in the 15th century, to avoid smudging ink. His famous corkscrew design for a helicopter, we learn, was never meant in earnest – it was designed as a prop for a piece of theatre. Equally surprising, perhaps, will be the revelations about Salai, da Vinci's ward, who was 10 years old when he came to live with the artist and with whom da Vinci appears to have carried on a sexual affair that began when the boy was 15.

Biographical detail takes a back seat, however, to the meaning of da Vinci's career in historical terms. In painting the master's portrait, Isaacson has described a turning point in intellectual thought – and one the post-modern reader might look back on with a certain wistfulness.

Da Vinci's was a world where life held knowable patterns. Dig deep enough, expend enough honest curiosity, and the mysteries of the universe began to unfurl. In his famous illustration Vitruvian Man, a nude male extends his arms and legs to touch the circumference of a perfect circle – the human form is bonded to a mathematical ideal. The drawing "embodies a moment when art and science combined," Isaacson writes, "to probe timeless questions about who we are and how we fit into the grand order of the universe." Here, "we can see the essence of Leonardo da Vinci, and the essence of ourselves, standing naked at the intersection of the earthly and the cosmic."

Michael Harris is the author of Solitude and The End of Absence, which won the Governor-General's Literary Award. 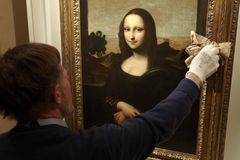 Book Review
Review: Booking In by Jack Batten, Fear by Dirk Kurbjuweit and The Secrets She Keeps by Michael Robotham
November 30, 2017 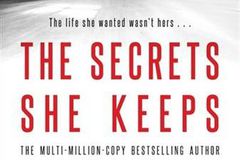 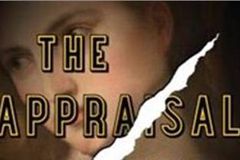 Review: Joe Biden’s memoir, Promise Me, Dad, is a meditation on life and death
November 22, 2017 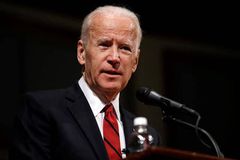