Many Canadians watching the pastor-politicians and "culture wars" south of the border think, with a sigh of relief: It could never happen here. Marci McDonald is out to prove them wrong.

The Armageddon Factor is an account of Canada's homegrown "Christian nationalism," meant to startle secular citizens into vigilance. She argues that Stephen Harper has opened the way for conservative evangelicals to play an unprecedented role in Ottawa, but these "Christian nationalists" are not content with his dutiful pronouncements of "God bless Canada."

Driven by a theocratic vision of government and an apocalyptic mania, they will, she is certain, stop at nothing short of a "Christian nation [in which]non-believers … have no place, and those in violation of biblical law, notably homosexuals and adulterers, would merit severe punishment and the sort of shunning that once characterized a society where suspected witches were burned."

Through years of reporting at Maclean's and U.S. News & World Report, McDonald has demonstrated shrewd political observation, and she is at her best in narrating the Prime Minister's 10-year political tightrope. After Stockwell Day's credibility evaporated in 2000 amid ridicule of his belief in creationism, Harper emerged "as the determined voice of secularism." Yet he soon began building a coalition that would yoke libertarians together with evangelicals and wrest Catholics and conservative "ethnic Canadians" from Liberal ranks. Harper handed key appointments to evangelicals and manipulated the judiciary advisory panels to "impose a long-term ideological stamp on at least a thousand federal appointments to the bench."

To evangelical activists, these minor victories were no substitute for grand goals, like banning same-sex marriage and abortion. They took matters into their own hands, honing political networks on the model of American evangelicals' apparatus of influence in Washington. McDonald's examination of Canadian evangelicals' ambivalence toward their southern peers is particularly interesting. The Evangelical Fellowship of Canada distanced itself from Jerry Falwell's Moral Majority, yet realized the importance of having a presence in Ottawa. Focus on the Family Canada has downplayed its association with James Dobson, the defender of "family values" who founded the American arm of the organization - yet continues to rely on American guidance (McDonald fails to note, however, that Focus on the Family forced Dobson to resign last year and has moved away from his militant rhetoric). Trinity Western University's leadership centre in Ottawa looks, to McDonald, an awful lot like Virginia's Patrick Henry College, an evangelical school famous for funnelling graduates into the halls of power in Washington - a comparison that makes Trinity administrators bristle.

Theses activists may insist they haven't turned Yankee, but, to McDonald, they are not truly Canadian, either. Evangelicals occupy a "parallel culture" that has infected its unsuspecting, liberal secularist host. "On one side [of the culture war]are those who inhabit what is regarded as the mainstream - sophisticated, secular, and urban. … On the other is an increasingly self-sufficient conservative Christian cosmos, largely planted in Canada's suburbs and rural outposts, which believes the world is going to hell in a handbasket and is preparing for that divinely ordained eventuality." She notes modern evangelicals' ethnic diversity, which allows them to remain "hidden" among us.

McDonald has spent hundreds of hours interviewing evangelicals, but still seems to view them as Christian zombies masked as ordinary citizens, who "burble" and "enthuse" rather than merely speak, and whose emotional prayers make them look like "kung fu masters channelling spiritual vibes." She reduces their diverse beliefs to two extreme nodes: Christian Reconstructionism, a theocratic vision that seeks "dominion" over society by reinstating Mosaic law; and dispensationalist premillennialism, a view of the end times in which human history tumbles into chaos until Christ sweeps up believers in the Rapture and fights the final battle of Armageddon.

McDonald is more responsible than some commentators and stresses that only a handful of evangelicals adhere to Christian Reconstructionism in its most virulent form. Most would not condone Deuteronomy's command to stone homosexuals and adulterers.

However, her source notes reveal that her account relies heavily on a handful of books by American journalists who over-simplified evangelical thought in an effort to galvanize liberals during the George W. Bush era. Some of her subjects may indeed dream of ruling Canada by divine mandate, but she paints all - from Dutch Reformed to Lutheran to Mennonite - with the same theocratic brush, despite the fact that many of these churches have either rejected or severely qualified their views of Christian "dominion" and the Rapture-centred vision of end times. Although most evangelicals still believe that prophecy has something to do with current events, premillennialism has mellowed significantly in recent years.

The evangelicals that McDonald meets occasionally declare their "biblical worldview" or denounce the myth of neutrality in the public sphere. What she takes for the language of Christian Reconstructionism is actually a feature of Reformed cultural theology, a broad tradition that urges Christians to engage in all spheres of life through a unified worldview. To miss this point is fundamentally to misunderstand the intellectual position of many evangelicals. They have critiqued secular ideas of objectivity and the exclusion of religion from the public square by suggesting that in this postmodern age - when even atheist philosophers doubt there is just one true understanding of reality - Christian presuppositions are no less valid grounds for a worldview than those of secular rationalism. McDonald does not take on this argument, nor give the reader any hint of this broader context.

McDonald sees Christian nationalist conspiracy everywhere she looks. Yet much of what she describes sounds merely like politics as usual, which perhaps makes it no less disturbing to some. In a country where religious conflict has historically threatened the foundations of Confederation, where political culture is as much buttoned-up and British as it is non-American, and where most view the American zoo of politicized faith as the great exception of the civilized world, Canadian evangelicals who set their minds on politics do not have to be zealots in order to be disconcerting.

Molly Worthen has written about evangelicalism for The New York Times Magazine and the New Republic. She is completing a PhD in religious history at Yale University.

Opinion
Religious faith is the civic oxygen of our social ecology
June 2, 2010 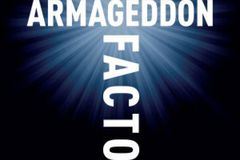 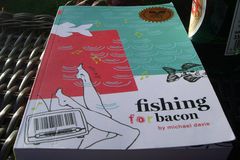