This is a work of fearless imagination. Margaret Atwood never quails in the face of the future she has conjured. Or, rather, that we have conjured. For what distinguishes her imagined world is that it looks over the brink of our shared present and is marked by knowledge that we try to ignore. From the first page, we are in the grip of a storyteller who drives us on to fresh understanding and - amazingly - fresh enjoyment.

The year of the flood is the year that a near-universal plague has swept through humankind, but killed no other creatures. It is a year set in our near future (we are, perhaps, psychically nearer year 18 than year zero in the book's calendar, which sets the "waterless flood" in year 25). The book dips into the years before the disaster, moving back and forth so that we often grasp consequences before we understand impulses. There are survivors, two of them isolated women, Toby and Ren, through whom we come to experience the trajectory toward annihilation and renewal. Behind this book, interlocked and overlapping with it, lies Atwood's previous novel, Oryx and Crake. But this book stands on its own and has a temper very different from the earlier work.

For one thing, the presence of God's Gardeners is central to the new work. This group believes fully in the connectedness of all things and tries to live a world burgeoning with life familiar and strange. The Gardeners are at once exhilarating, absurd and truth-telling. They have invented their own rituals and saints, as other revolutionaries have done: Witness the French revolutionary calendar and the Positivist saints' days. So we have Saint James Lovelock, Saint Rachel Carson, even Saint E.O. Wilson of Hymenoptera, Saint Dian Fossey and Saint Linnaeus of Botanical Nomenclature. Their leader, Adam One, is an evolutionist, a former scientist, one who believes in their mission as makers of God's ark against destruction.

We are welcomed into this often bossy and comic company by the skepticism of Toby, who finds herself living their life despite her misgivings.

The Gardeners themselves are down-to-earth and enraptured at once, and Atwood invents a wonderful means by which we share their being even as we smile at their wackier behaviour. Throughout the book, we come upon hymns from The God's Gardeners Oral Hymn Book. The hymns sustain and structure the novel and are moving, humorous, compelling and perfectly rhymed. The rhyming means much. It knits up disorder; it discovers kinships; it solaces; it reveals. It persists to the end. These are songs to be sung, together. They are also anomalies, since the Gardeners distrust writing: "Beware of Words. Be careful what you write. Leave no trails. This is what the Gardeners taught us when I was a child among them."

Atwood delights in these jarring incongruities: Writing is dangerous, open to treachery, perhaps irresponsible, even factitious. It can always be turned against you. It can deceive. Yet writing communicates, tells more to more people than the select few of close community in oral culture. And oral culture can also be suborned: "The CorpSeCorps always substituted rumour for action, if action would cost them anything. They believed in the bottom line."

The writing in this novel is daring in its sheer inclusiveness. It includes violence, obscenity, comedy, doubt, yearning, endurance and love. The work is haunted by death and the effects of death, and even more by survival and the struggle to survive. It is compelling in the precision with which moments and feelings are communicated: The child Ren, praised, gets "a warm feeling, like nasturtiums."

Mordant humour and tenderness combine. Ren tells her story in first person and present tense; Toby is equally present, but in past tense and third person. That kind of subtle variation not only suggests differences between the two narrators - Toby older, less exposed, less febrile than Ren - it also offers to us as readers a variation of pace and perspective that makes this heady novel surprisingly easy to read.

At times, the pace slackens. Atwood has a peculiar talent in recording bullying among young girls. She probes the queasy pleasures it offers to the bully, and even to the bullied. We saw it previously in Cat's Eye. Here Ren and beloved Amanda go further than they meant to (or thought they meant to) in hinting to Bernice her father's sexual behaviour. As it turns out, this act begins the dissolution of the Gardeners and the pell-mell run toward annihilation. But even that is uncertain: Bernice later tells Ren not to be so self-important. She knew far worse already.

That section of the book dwells on the ordinary bad behaviour of the young, reaching a kind of stalemate in the image of Jimmy, whom Ren so passionately loved and who now marauds through a flock of other girls. The shadow of Oryx and Crake leans in here. If you have read that novel, this section means more, but this was the only time I felt a lack of autonomy in The Year of the Flood.

The ending of the book speaks to the ending of Oryx and Crake like a rhyme that changes everything. Without giving it away, let me just record that the earlier ending of Oryx has haunted me ever since I read it. The abrupt refusal to tell more left the reader helplessly responsible for any future, aghast. Here, again, we do not know what will happen next, but this time we may weep and hope, sustained by "ruthlessness, judgment, accuracy."

"The Earth Forgives," the final hymn declares. The last scene begins to imagine how this might be. This prodigious book is not meant to end on its last page, but to have large effects in our world. Let's hope it does.

Gillian Beer is the author of Darwin's Plots. She has twice been a judge for the Booker Prize, the second time as chair. She lives in Cambridge, England. 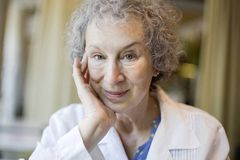