When it comes to books and the canon, you don't get any points for prognostication. There's no way to really know what's going to be read and studied 100 years from now.

If I were forced to make an educated guess, though, my money would be on Stephen King.

I know: A remark like that is going to get my membership in the Tight-Ass Literati Union brought up for review, but I stand by it. King has written some of the finest novels and stories of the past four decades, insightful examinations and critiques of American society and unadorned, unself-conscious glimpses of the zeitgeist that will, in a century or two, shape the canonical understanding of the fin de siècle.

All of which would mean absolutely nothing were he not, more significantly, the finest storyteller at work today, a trait often overlooked by the aforementioned TALU. Consider, though, what we think of as our canon today. The list is constantly under negotiation, but it's generally agreed that Shakespeare, Austen and any number of Brontës and Dickenses all have a place within that canon. And what do those folks have in common? They're all, first and foremost, storytellers: That's what keeps people reading.

King, in many ways, is the Dickens of our day: a populist writer appealing to the sensibilities of the masses while also capturing the richness of the world of his time.

In 100 years, King will, I guarantee, be in the canon. And one of the main exhibits in his inclusion will be his whopping new novel Under the Dome.

I admit I was a little skeptical when I first heard about the book a few months ago. Almost 1,100 pages? With a premise that was quaint when it was used for The Simpsons Movie? Another small Maine town in peril?

It took me all of about five pages to get over that skepticism and surrender myself to the story.

Under the Dome begins with shocking immediacy. On Oct. 21, an invisible dome encapsulates the town of Chester's Mill, Me., without warning, and with a burst of casualties. A small plane crashes into the dome, spraying fuel and body parts on the road below. A woodchuck is severed by the falling of the dome, "guts tumbled into the dirt." And most significantly, the dome stops Dale Barbara from leaving town.

Barbara, better known has Barbie, has worked as a cook in Chester's Mill for a few months, but after running afoul of Junior Rennie, son of the town's Second Selectman, Big Jim Rennie, it's in the interests of his continued survival to get out of town. His way blocked by the dome, though, he's forced to stay and to take a central role in the events of the next few days, as the small Maine town turns on itself in a flurry of violence and destruction.

As with any small town, the seeds of that violence have always been there. Big Jim is corrupt and power-seeking, while Junior is a psychopath with a taste for violence enhanced by brutal headaches. Under the confines of the dome, though, the Rennies, and all of the other townsfolk, reveal their true selves: nasty and venal, noble and selfless, weak and impressionable, strong and brave. The dome is a lens under which the full spectrum of humanity is revealed.

The novel unfolds in a perpetual present. King deftly handles a cast of dozens (the list of main characters at the front of the book is three pages long), revealing them through their actions and their interactions rather than through back story or exposition. It's a daring and difficult approach, but utterly appropriate: It gives readers the sense that they're visitors to the town, and as they read, they gradually get to know the citizens, their relationships, their desires and hatreds.

That sense of perpetual present is compounded by the restrictions of the dome. Everything in the book is within the town limits, forcing the characters to feed back onto one another. Thus, for example, a suicide partway through the book leaves an empty house. A visitor to that house knows there's a gun in a desk drawer. She needs that gun.

There are, therefore, two distinct but interconnected main stories. The first is the story of the dome. Where did it come from? What effect will it have? How can it be destroyed? This is terrifying enough, as the climate under the dome starts to change, with temperatures rising, the air getting thick and polluted. The second main story is that of the town going mad, and quickly.

Under the Dome is harrowing and heartbreaking. King has no qualms about killing characters whom readers have come to love, or of building sympathy for characters who go on to do distinctly disturbing things.

It is also, even at almost 1,100 pages, one of the tightest, least self-indulgent novels I have ever read. Every word counts; there's no fat. As King explains in his afterword, "I tried to write a book that would keep the pedal to the metal"; he's succeeded. This is a novel that will keep readers up all night, then haunt their dreams when they finally sleep. It is perhaps King's finest novel since The Stand, and that's just about the highest praise I can give. 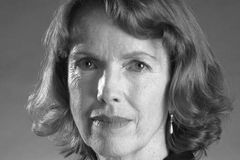 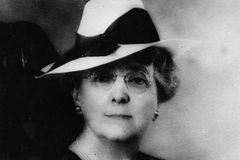 Martin Amis versus the Taliban
November 13, 2009 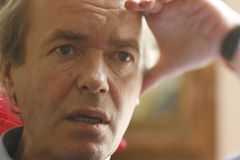