Sometimes, it takes reading a book about Leonard Nimoy to realize just how little you know about Leonard Nimoy. Such as: Did you know that, while hustling as a bit-part actor in mid-1950s Hollywood, Leonard Nimoy took a job as a cab driver? And did you know that in his capacity as a cabbie, he once gave a charming Massachusetts senator named John F. Kennedy a ride to a Democratic shindig? It's true. As Nimoy's Star Trek co-star and lifelong friend William Shatner tells it in his new book, Kennedy bailed on the $1.25 fare. Annoyed, yet undeterred, Nimoy got out of his cab and followed Kennedy into the Beverly Hilton, demanding the senator settle his fare.

Beyond being just a great story – the image of a young JFK and the guy who played Mr. Spock chatting in a taxicab together is the sort of thing that might form the premise of an off-off-Broadway play – it's the sort of anecdote that drives to the heart of a person; a telling detail that seemingly reveals everything about Nimoy. "One thing about Leonard," Shatner writes, "when he did the work, he expected to be paid. And as I would learn, he was willing to fight for what he believed to be owed."

Shatner's book crafts an image of Nimoy as a driven artist, performer and person. He was always challenging himself, from his early decision to study acting, through to his work as a director, photographer, sometimes-poet and pop balladeer writing novelty songs about Hobbits. As with so many performers whose careers fall short of full-blown superstardom, Nimoy was driven by a simple directive: work. This is the ethos of all actors, or tradespeople, or any self-employed person who can't (literally and figuratively) afford to rest on their laurels. Work, work, work. A bit part in a children's play can lead to a small role in a cheap zombie B-movie, then a role on an NBC military drama and then to a role on a short-lived sci-fi series that turns you into a cultural icon. Such were the sorts of long, ambling, roundabout paths Nimoy and Shatner followed before winding up as the leads on the original Star Trek.

Leonard is a strange book. It's essentially a joint biography, telling the story of Shatner and Nimoy's friendship by tracing their early lives, struggles and missteps through acting, and the different ways in which they responded to their fame following the cult success of Star Trek. On the series that made them stars, Shatner and Nimoy played complementary characters. Shatner's Captain Kirk was the robust, swashbuckling, space-romantic, capably grappling with giant humanoid lizards before just as capably bedding down lovers of one-or-another extraterrestrial provenance. Nimoy's Mr. Spock, however, was devoid of Kirk's rugged humanity. He devoted himself to philosophy and science, and to the clarity of thought, subjecting each and every decision to the cold rigours of logic. Half-alien, half-human, Spock was a character that never quite fit in. No wonder the legions of nerds and dorks that would form the core of the show's fan base responded to him.

The success of the Spock character created plenty of tension. The producers – including Star Trek's pitilessly bottom-line driven creator, Gene Roddenberry – happily licensed Nimoy's image, often without his approval and almost always without financial compensation. (Once, Paramount execs sold Spock's face to Heineken, for a series of beer billboards in Britain.) It was a sticking point for Nimoy, the guy who chased down a U.S. senator to settle a $1.25 cab fare.

There were also scuffles with Shatner, who was ostensibly Star Trek's star but felt more and more like the second banana. "I had the most lines," Shatner writes, "my character's fate carried the storyline, my character got the girl and saved the ship. The natural flow of events would have been that Kirk would receive the most attention, not some alien with strange-looking ears." For the most part, though, Leonard avoids such animosity, with Shatner essentially debunking the long-held notion that he and his co-star were constantly feuding. "He was my closest friend in the world," Shatner writes. It may seem glib. But, as he notes, real friendships are rare in Hollywood, when the transience and precariousness of finding work – moving from set to set, city to city, show to show – makes it difficult to sustain meaningful relationships.

In places, Leonard itself feels motivated by the actor's relentless work ethic that its author describes at length. At 84, Shatner certainly shows no signs of slowing down: constantly busying himself with film projects, books and TV appearances (he's also a prolific Tweeter). His book about Nimoy can feel in places a bit perfunctory, like a grab-bag of cliched ideas about acting and Star Trek mixed with some recycled anecdotes.

If anything really resounds, it's Shatner's deep affection and admiration for Nimoy, something it seems that he had difficulty sharing, especially in their later years. The two had a public falling-out when Shatner included footage of Nimoy in a documentary he was making about the lives of Star Trek's various captains, without securing his permission. Shatner saw it as "temporary blip," but the two never reconciled before Nimoy's death last year. (Shatner never showed up to Nimoy's funeral, resulting in Trekkies branding him "Captain Jerk.")

So in some sense, Leonard reads a bit like a posthumous apology, or a eulogy never given: with Shatner expressing his love for his late friend in emotive and unequivocal terms. Leonard proves that, as hard as they may be to come by, meaningful friendships are one of those few things that makes life feel like something more than work, work, work.

Juan F. Thompson on his memoir of growing up gonzo
February 7, 2016 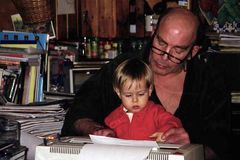 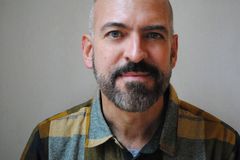 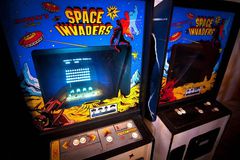