Truth is, I never really thought to call it anything else.

From my first days of writing Canada – 23 years ago – I'd written "Canada" in now-faded pencil at the top of a now-yellowed Page 1. This was long before I'd formulated it to be a novel – when it was only a story idea I was trying hurriedly to sketch out, about an American teenager abandoned by his parents and sent to Canada, to Saskatchewan, and an uncertain future. I wrote 20 pages while I waited for the copy-edited manuscript of another novel I'd written to come back from the publishers in New York. "Canada" seemed the right title for my story.

To sense this visceral-instinctual rightness of a novel's title is rare enough and precious – and (in my view) is a sensation that should always be heeded. To write a story – and much more, a novel of 150,000 words, requiring years – without a firm title at the top is to risk not knowing what your own book's about, and to doom yourself to wandering around, courting disaster with the reader's meter running. (I once let myself be talked outof a novel's correct title by a witless editor, and into a very wrong one. I've never forgiven myself – and not her either.)

Sometimes, as I said, you just stumble on a word or a phrase you like, and stick it on your story because it feels right. And sometimes, if you're lucky, a title's unspecified rightness to the story being written will act as a spirit guide to what the whole eventually becomes, as if the story were "hearing" something, taking mysterious instruction from a fortunate word.

Writers have all sorts of romantic conceptions for how they experience a work of art's earliest rising. "Something kicked in my soul," Pablo Neruda said about a poem's first felt urging. "A commotion" was what Katherine Anne Porter said she felt just before she wrote The Flowering Judas. "The novelist's imagination winces at the prick of some sharp pain," Henry James wrote.

For myself, words are always near where novels begin. Before I began Independence Day, in the early 1990s, I found the word "independence" turning up repeatedly, seemingly at random, all though my notebooks. These sightings signalled to me that I was for some reason attracted to the word and its various meanings. Which then signalled – because I'm a writer – that I should "put this word in play" inside something I might write: I should put it into sentences; I should have characters speak it; I could even consider independence as a proper subject (or title), and in so doing try through the agency of imaginative negotiation to see what could be usefully said about "independence." "Dramatize! Dramatize!" James said, regarding what novelists do to develop their ideas.

"Canada" was such an attractive word to me. It had always possessed its own pleasing sonority. Writers often choose what they write because of the words they get to use. "Din! Din! Din! You limping lump o' brick-dust ... " In my own life I've set many stories in Great Falls, Mont., even though for years I never went there. I just liked seeing the words "Great Falls" on the page, liked "hearing" them in my mind's ear; liked that it can be pronounced as an iamb but also as a trochee, and because when I said them, they made me feel like things were falling headlong – which was more or less what I was writing about.

"Canada" – the word – possessed for me (and still does) what I think of as a plush suppleness. I like the three softened "a" sounds (unless you nasalize them, in which case quit reading now) sandwiched among those muted, staccato'd consonants. I like its pleasing, dactylic gallop on my tongue. I like its rather stalwart, civic assertiveness to the foreigner's eye.

And because Canada is not only a word but (as you may know … ) a vast and variegated place upon the Earth – where as it happens I've spent considerable time and for which I've experienced complex but heretofore unspecified feelings of affirmation – putting the word in play offered me a writerly chance to do as I'd done with independence: make Canada be a setting for something I might write; cause characters to use the word in sentences; possibly even make it a subject, the pursuance of which would help me find apt language for those complex, important feelings for which I otherwise didn't have more than a conventional, simplistic, largely inherited vocabulary. F. R. Leavis said that literature should provide a new awareness and renew our sensuous and emotional life. That's always my goal.

Somehow it all just fit. The title seemed inevitable.

God knows, I don't have the line on Canada. How could I? I'm from down below. Mississippi, improbably enough. Possibly natives could feel precisely the way I do – about the suppleness and the affirmation. But, truthfully, I don't really know if what I think is important is what you think is important. It's just my job to try to make it be. Salman Rushdie wrote that a book is not justified by its author's worthiness to write it, but by the quality of what he writes. So, others can decide about this now. I, myself, can't paraphrase what I think, and what I've made my novel be about, any better than to say this: those up-to-now unphrased feelings of affiliation which I've felt about Canada all my adult life, and the purely, non-cognitive magnetism of the word itself, together compose a call to language. Works of art, such as novels are, are vessels made precisely for those important things we can't paraphrase well enough to be fully true as we know life to be.

And oh, I know, I've appropriated your country's sacred name (and more) for my own inadequate artistic purposes. It's presumptuous of me. I apologize. We can argue about that, too. You can certainly use my country's name now, if you want to. I've just tried to reward the reader for this not-really-adverse taking by giving back as good a book as I can write, sought to repay the debt in the way that novels do, if they're any good – by adding to the sum of available reality, for which the reader is the final beneficiary.

Richard Ford is best known for his novel The Sportswriter and its sequels Independence Day , which won both the Pulitzer Prize and the PEN/Faulkner Award, and The Lay of the Land . His new novel, Canada , will be released June 2. He speaks at Toronto's TIFF Bell Lightbox June 16 as part of the Luminato Festival. 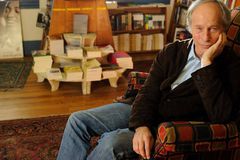 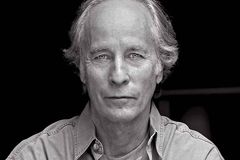