Among the Anishinaabe people of Treaty 3 in Northwestern Ontario, one of the names we refer to the creator by is Kiizhe Manito (pronounced KEY-zhay MAH-nee-toh). Literally translated, it means kind spirit.

Now, imagine the stature of an elder from our area who was nicknamed Kiizhe Manito. It was not his traditional or legal name, just a term of endearment people called him after many years helping those in our community. Puns are an endless source of humour for Anishinaabe people, so the double entendre in calling this man by another name for "God" was not lost on many. He was a kind spirit of course, but he also belonged in the pantheon of our community. When this elder passed away in the 1990s, he was mourned by many, myself included.

I felt a similar sadness when I learned of the passing of author Richard Wagamese, a fellow Anishinaabe from the Treaty 3 area. He was a good man, a brilliant author and full of praise for others. Every e-mail or message he wrote began with heartfelt generosity meant to lift the spirit.

Richard had a hard life, yet he found beauty in it. He was taken from his parents, both residential-school survivors, and adopted out by Children's Aid. He spent time living on the streets before finding success as a columnist, and eventually an award-winning author.

Richard's writing had a profound impact on me, beginning with One Native Life. In one passage he writes of walking his dog in the morning, washing the dishes right after supper and preparing his partner's lunch for the following day. It may seem as if it's pedestrian stuff. Yet in the context of an Indigenous person in Canada I found the words liberating.

Until then I had read Indigenous authors who did wonderful jobs writing about "rez life" or the alienation felt as an outsider in the city. But One Native Life showed an Indigenous author at home wherever he was, even if he did not have all the answers. Richard's words gave license to my story, even if it did not neatly fit the narrative expected of Indigenous men.

Richard first reached out to me some eight years ago. He had seen my reporting and wanted to share a bit about his journalism. Ever humble, he did not mention his National Newspaper Award. He just quietly stepped into a mentoring role. To have someone I looked up to reach out and share advice was a wonderful surprise.

He would talk about the craft of writing, about how humility leads to authenticity and authenticity serves the story best. He spoke of taking care of the people in your life that you choose to write about. He helped navigate the business of writing – the agents, publishing deals and industry.

In the memorials for him online I see Richard's similar impact on the lives of a great deal of other emerging Indigenous writers. For many in my generation he was there, with encouragement, praise and the self-deprecating humour that makes us feel at home. This generosity embodied the resilience of our people. After surviving a traumatic childhood, he learned how to love and, most important, how to share that joy with so many others in his time on earth.

I reread the passage from One Native Life today. The one about the dishes, the dogs and making something nice for your partner to eat. This time, I noticed the next line. Richard wrote: "all of these things root me just like the more traditional rituals of prayer, smudging and sweat lodges."

As a dog-walking, dish-washing Anishinaabe who starts each day by making a latte for my partner, I can tell you that Richard was the storyteller who captured the rituals of my existence. He saw ceremony in the day-to-day life of the modern Indigenous person and described its beauty so that we might find greater meaning in our lives. Now, that storyteller is gone and that man is mourned by his family.

He will be remembered.

As a kind spirit.

Wab Kinew is the author of The Reason You Walk and a member of the Legislative Assembly of Manitoba.

The best advice Richard Wagamese ever received: ‘Work for the story’s sake’
July 4, 2014 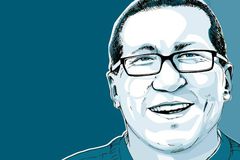 Book Review
Medicine Walk: A story of a native family, but really one about the universality of tragedy
April 11, 2014 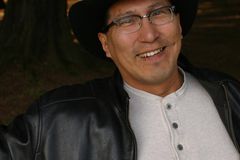 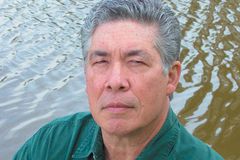