The widow of one of Canada's most celebrated authors says she has doubts about whether Montreal will ever honour her late husband.

Florence Richler remains hopeful but is "dubious" the city will begin repairs to a 1920s gazebo that was supposed to be named after Mordecai Richler, who died in 2001.

Calling Richler "one of the greatest novelists in Canada and around the world," the City of Montreal announced in 2011 it planned to revamp the shanty bandstand on the eastern flank of Mount Royal and rename it the "Mordecai Richler Gazebo."

Richler, who was born in Montreal in 1931, was known internationally for his literary talent and penned classics such as The Apprenticeship of Duddy Kravitz and Barney's Version, which were both set in Montreal and made into feature films.

Work on the gazebo has been delayed several times since the project was announced and, despite meeting with the mayor's office last week, Florence Richler said the city couldn't even offer a timeline for when repairs would begin.

"Oh you know very well [Montreal is] very good at procrastinating," she said in a phone interview from Toronto. "I even, tongue-in-cheek, offered to buy the paint."

She said the city gave "the usual excuses" for the delays.

"I think more sophisticated people would call it incompetence," she added.

Catherine Maurice, a spokeswoman for Mayor Denis Coderre, said work should begin on repairs to the gazebo in the spring – but she couldn't give a date.

She said a company was approved by city council last October to carry out the work and that the most recent delays were due to bureaucratic wrangling.

"The mayor wanted to make clear that he also hoped to honour Richler in other ways than just the gazebo," she said, adding Coderre would like to outline his other ideas for celebrating the author in the next few months.

Richler left Montreal in the 1950s for Europe but returned 20 years later, and his city of birth – as well as prominent streets and neighbourhoods – often figured as settings for his writing.

While Richler remains feted around the world, in some quarters of Quebec his sour critiques of the province's nationalist movement earned him scorn.

Florence Richler said her husband was critical of "everyone and everything – nothing to do with Quebec specifically."

"I'm sure that if he had been, oh, an arch-nationalist and supporter of every level of government, something might have been done [to honour him] a lot sooner – perhaps in his lifetime," she said.

Jack Rabinovitch, who was a good friend of Mordecai Richler and who founded the Giller Prize, said it is "terrible" the city has yet to honour the literary giant.

"The fact remains that [Richler] was one of the best writers that Montreal has ever produced," he said. "He knew about what went on in Montreal in the forties and fifties and wrote about it honestly." Rabinovitch argues Richler deserves a street name, not a bandstand on Mount Royal.

Sharon Wilensky, the co-owner of a landmark Montreal delicatessen that features in a couple of Richler novels under a different name, also believes a gazebo is insufficient.

"The gazebo doesn't really represent anything about him," said Wilensky, who has a share in Wilensky's Light Lunch. "But [if the city] is not going to do anything, then at least they can do that."

She believes Montreal has not yet paid tribute to one of its most celebrated authors because "it's a political hot potato."

"I wouldn't' say he was misunderstood, but people have mixed feelings about him, so I think there is a worry about a negative reaction to him being honoured," Wilensky said. 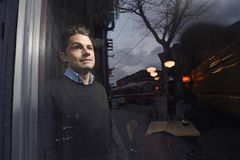 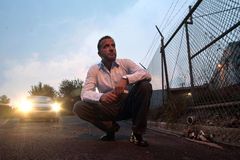 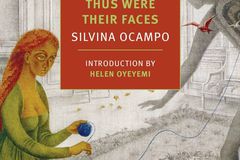 Author Gordon Korman always hears: ‘You were my dad’s favourite author when he was my age’
January 30, 2015 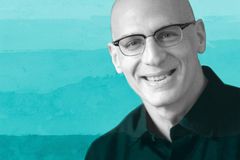 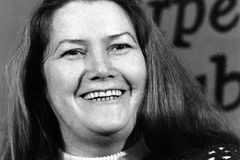