In the '40s, John von Neumann designed the Universal Constructor, which created a theory of self-reproduction for machines. In Madeline Ashby's Machine Dynasty series, von Neumanns (or vN) are robots with advanced artificial intelligences, companions and slaves to humanity, shackled by restraints imbedded into their consciousness. iD, the second Machine Dynasty novel, finds Amy (a vN who has broken her fail-safe) and partner Javier taking refuge on a secluded island. Soon, their sanctuary is invaded, and with Amy's apparent death, Javier is thrown into a world-threatening conflict. Ugly and challenging, iD explores the uncomfortable possibilities and limitations of love within slavery and free will under constraint. While some of iD's monsters are A.I.s, the most constant and powerful threat remains humanity, as Ashby intelligently and brutally explores the way people are willing to abuse, devalue and destroy any form of consciousness they're able to define as "other," while the robots challenge the limits of love, devotion and life after death.

The urban fantasy/magic realist setting Chuck Wendig explores in this first instalment of his new Gods & Monsters series draws comparisons to that created by Neil Gaiman for American Gods in that all the deities, mythical creatures and monsters from the world's pantheons are real. What Wendig does differently is put them in a bad mood: The Usurper has come and evicted them from their realms, leaving them to walk the Earth. Cason Cole becomes intimately aware of this when he makes a deal to save his wife and son from a car fire and finds himself serving once unimaginable creatures and gods. Unclean Spirits draws back the veil between reality and fantasy with such gritty and relatable realism that the existence of unicorns and storm gods seems entirely reasonable.

Feeling outshone by a more glamorous and dynamic sibling, trying to emerge from the shadow of a complicated and overbearing family or building a new life after caring for a bed-ridden parent are difficult enough prospects. In Sister Mine, Nalo Hopkinson further tangles these intimate narrative threads by making her main characters, formerly-conjoined twins Makeda and Abby, the semi-divine daughters of a disgraced god and a former human woman. While the fantastical is ever-present, it's the personal and familial that make Sister Mine engaging and captivating. Self-doubt, interpersonal conflict and the struggle for acceptance are just as powerful as the novel's magical objects. Hopkinson's deeply saturated, poetic language is perfect to relate this story, which is deeply felt.

Videogames, especially those with immersive and addictive qualities, have a tendency to bleed into dreams and then, sometimes, back into waking life. Russell is one of those people whose minds have been fundamentally rewired by a life spent playing, and making, games. After leaving his law career and begging his old high school buddies for a job at their now-respected gaming company, Russell finds himself working on the most recent iteration of Realms of Gold, which he and his friends designed first as teens. Set in the '90s, with many flashbacks to Russell's experiences with the nascent gaming technology of the '80s, You blurs the lines between reality and immersive gaming experiences.

Book Review
Linwood Barclay continues to mine the anxieties of the middle-class
August 9, 2013 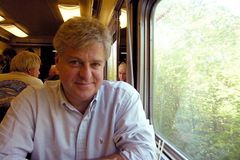 A literary mission statement: Go where you’re not supposed to go
August 9, 2013 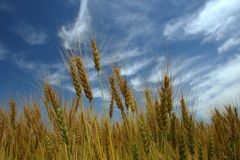 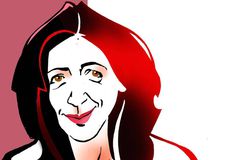