Obscure Canadian literature has seen a brief flare of popularity on Twitter this past week, although nobody on Twitter knows it: An image containing a single sentence, a nugget of wisdom about writing, properly attributed to its author, was retweeted hundreds of times around the world. The sentence is: "A story consists of someone wanting something and having trouble getting it." Its author is Douglas Glover, the Ontario-born novelist and critic. The image being circulated was created by an Australian self-publishing company – heaven knows why.

One wonders how many people in Sydney and Suffolk and San Antonio, retweeting this useful summary, know who Douglas Glover is. The fame of the author of inspirational quotes (or even their accuracy) seems irrelevant to their popularity. We just happen to be living in a time at which any advice on the nature of stories is desperately sought, because so many people are writing stories. This is a golden age of literacy and self-expression, in which elites no longer determine publishability and everyone is a publisher. So any explanation of the nature of stories can and does go viral.

This message has now shown up on health, fitness and even weight-loss feeds, perhaps because writing your personal story is now considered part of improving yourself. Glover himself came across it on a feed named "Tips Beauty," which is highly appropriate for such an aesthetically obsessed writer.

He himself is amused by this surge. He does, after all, like to say that he is legendary for being unknown. Maclean's magazine once called him "the most eminent unknown Canadian writer alive." Although he has won the Governor-General's Award (in 2003, for the ambitious and playful novel Elle), his work is a little too elegant and clever for the book-club crowd, or for Canada Reads. He single-handedly created an online literary and philosophical magazine called Numéro Cinq, that is also well-known for being intellectual and deep, in other words obscure. The essays in Numéro Cinq are tweet-resistant: In the latest issue an entire book is posted, a six-chapter tome on contemporary U.S. policies as seen through the poetry of W.B. Yeats.

The line that the Australian publishing company and the weight-loss sites chose to broadcast is from the introduction to Glover's book The Enamoured Knight, an analysis of Cervantes's Don Quixote, published in 2004. Its popularity will not cause anyone to rush out and buy the book, nor will it cause more readers to flock to Numéro Cinq magazine and its erudite treasures (Glover confirms there has not been a huge spike in visits). The publishing company making these calligraphed "quotes" is not doing it to publicize Glover, with whom they have no relation, but themselves. (Their Web address is discreetly at the bottom of the image.) Trying to get your Web address to go viral in some way is just part of the trend in advertising toward "content marketing," the circulating of entertaining or informative stuff that subtly connects to some corporate sponsor.

What about the message itself? Is it true that all stories are simply a person having trouble getting something? The idea that a story is always a quest of some kind is a well-known literary theory, as is the idea that conflict is at the heart of all stories. So it isn't particularly illuminating. As a creative-writing teacher I might myself quibble with it, saying that a quest is perhaps the beginning of a story but a story needs an end, too. Glover describes a premise for a story, not a full structure.

The thing is, Glover's sentence was never intended as motivational instruction to writers or a summary of the craft. It is part of a paragraph about the difference between pornography and literature, as evidenced by Don Quixote. It is the shortest sentence in the paragraph. The passage finishes, "In literature there is always an element of frustration, displacement, delay and incompleteness [even if someone does eventually manage to have an orgasm]. Don Quixote is the quintessential novel because it's about a man in love with a woman who doesn't exist. At the outset, Cervantes invents the limiting case." This thought is in no way meant as advice: It is analysis. But it is too long for Twitter.

On the phone from Vermont, where he now lives and teaches, Glover said, "It's funny the way they pick out the thing that's the least controversial. It's a complicated and funny paragraph. When you take that line out of context, you miss the whole sexual overtone. It becomes generic. It bowdlerizes everything I have ever said about writing."

As to why people are so keen to retweet anything that seems to define story-making, he theorizes, "Everyone is a self-published writer these days, sure. But also everybody aspires to be a creative-writing teacher." He notes that the sentence was first tweeted a few years ago by a creative-writing teacher in Britain who probably actually had read the book. The subsequent popularity of it comes from people reading Twitter, not his book. His book is utterly irrelevant to the process. "The whole thing," he says, "reinforces my sense of anonymity." 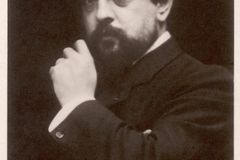 Russell Smith: In an age of endless images, kids are still hooked on books
March 16, 2016 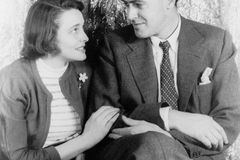 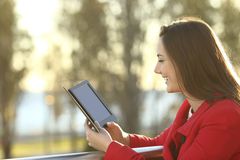