Has one of the great promises of the Internet finally shown to be false? The democracy that instant free publishing promised, the sense that everyone would have a say – are we bored with this already? It has been fewer than 10 years since comments sections on news stories began to be heavily plugged as avenues for "engagement" and debate, and now many major media outlets are reconsidering their existence.

The CBC has announced it is suspending commenting on any stories relating to First Nations issues, as the outright racism they provoked was vile and uncontrollable. The Toronto Star has announced an end to all online commenting on stories (although they will accept letters sent to the editor for a special section). This trend actually began a couple of years ago, when both Popular Science and Scientific American shut off their comments sections – following studies that showed that readers were unconsciously influenced in their judgments of scientific research if they read highly negative comments about it. In other words, comments create bias.

The Star's reasons are partly principled and partly pragmatic: Their editors said that the comments sections were often filled with useless vitriol and simply not worth reading. But maintaining them is also expensive – moderators must be constantly monitoring and censoring comments, and those moderators must be paid. Most newspapers outsource this job to specialist companies, so losing that large expense is welcome in budget-tightening times. Furthermore, journals cutting off comments in their own spaces are hoping the reactions will continue in other public spaces – in social media – where the hashtags and links back to the articles will serve as a kind of free advertising for the paper.

It's hard not to see this as a trend and to predict that papers and broadcast media outlets around the world are going to start cutting back on their public debate spaces, and their attendant boring, stressful and costly maintenance. We have finally realized that the kind of person who devotes his day to arguing with strangers anonymously on the Internet is not necessarily representative of a large swath of public opinion or necessarily good at articulating anything. And that anonymity breeds gleefully expressed hatred.

It was supposed to do the opposite. Anonymity was actually expected to protect the powerless, not the angry old conservatives. The dream of instant, easy worldwide discussion, free to all, was a dream that news stories would be instantly subjected to questioning and correction, that marginal voices and silenced voices could protest and reflect anonymously without repercussion. Anonymity, it is often said, protects women, for example, from the kind of crude cyberharassment that follows the expression of any strong opinion.

But anonymity actually seems to better serve the obsessive guy who wants to derail every conversation into a series of dire warnings about Peak Oil or the coming New World Order. Or the bot telling you to click here for cheap sunglasses.

The promise of forums and chat streams and listener/viewer feedback, and even of Twitter, was one of engagement and interaction: It was supposed to mean that news was not handed down arrogantly by insiders too closely connected to their subjects, it was to have become a collaborative project, a conversation, with its audience. Certainly this engagement has helped with factual accuracy: An error in a story posted online will be noted by a reader within minutes, and that means we can correct it within hours.

And amateur Twitter accounts have maybe – maybe – helped a bit with the speed of dissemination of breaking news, but I think that their role has been exaggerated. Breathless tweets about something happening are useful in finding where to send a real reporter, but they are best ignored until she actually gets to the scene and starts checking facts.

People have been criticizing the idea of the "gatekeeper" in media and publishing for a decade now, and many thousands of alternative or amateur news, opinion and art sites have been created for those without conventional training or privileged background. The world is undoubtedly enriched by this (well, certainly a few app designers are). But gatekeepers haven't disappeared any more than universities have. An audience will always value an authority.

Why then are newspaper comments sections in particular so likely to be idiotic? And would a formal "letters to the editor" page be any different? We know, actually, that it would be different: There is more effort required in composing a letter and going to a different page to submit it – a page where you will be asked to confirm your real identity and leave a contact address – than there is in firing off a rant at the bottom of an article. That slight amount of effort will likely dissuade the vast bulk of commenters, leaving the ones who are truly passionate or invested.

Does our fatigue with unfiltered opinion reflect a larger philosophical change, though? Are we disenchanted with the idea of equality itself? Our expectations of people, people generally, have been so disappointed. People just turned out to be so much dumber than we had hoped. Dumber, angrier, more irrational, impulsive. People are just scary. What does this say for our enshrinement of democracy?

Perhaps media managers have decided not that they hate people, or even people with opinions, or even people with stupid opinions, but that the expressing of an opinion must require a minimum symbolic effort, it must require entering a system of conventions. At least in spaces that they are paying for. Outside these, people may create any number of their own spaces with different conventions. Is this drawing of new boundaries an abandonment of democratic principles? I think not: We restrict voting in elections in a number of ways (age, citizenship) and yet our elections are still deemed democratic. A refusal to provide a space in which blind rage is fomented is not the abandonment of democracy, but the protection of it. 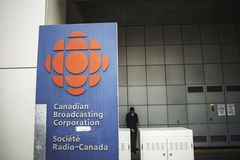 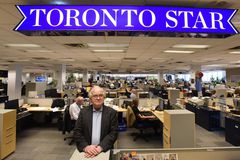 Comedians still getting the last laugh in Internet age of online heckling
September 25, 2015 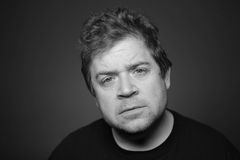