The word hooligan has come out of mothballs for the Euro Cup – it sounds so 1970s, doesn't it? Its friendly diminutive – hoolies – makes me think of the Bay City Rollers. And yet it is still the choice term to describe soccer fans ("supporters," in the U.K., another oddly euphemistic term) who like to fight each other.

I have never heard it used to describe violent fans of any other sport. When hockey fans fight, we call them drunk hockey fans. Hooligan is very specific – not just to the sport, but to the type of activity. Hooligans are a specialized type of street fighter, organized into teams they call firms (and this English term has apparently gained currency in Russian as well), whose job it is to fight other firms, irrespective of the game itself. In Russia they fight at prearranged times, in fields distant from the actual soccer games. They don't really care if the soccer team with whom they are affiliated wins or loses. This phenomenon simply doesn't exist with other sports.

And so we pull out an old and odd word from the dictionary for the purpose. Not all that old, either, as it turns out: Most dictionaries put its first appearance at 1891. Interestingly, the word was itself already offensive, in that it comes from stereotypes about the Irish. Houlihan is a common Irish name, and English music-hall characters with this name or variations on it were typically drunk and rowdy, or just plain dumb.

According to the etymologist Michael Quinion, a comic Irish family called O'Hooligan was the subject of a popular song performed in London in 1891, and a cartoon published in a magazine called Nuggets, about a Hooligan family, began to appear in 1892. Two Irish comedians sang a song about brothers named Hooligan on a stage in 1892. ("Oh, the Hooligans! Always on the riot! Cannot keep them quiet!")

On Quinion's website, World Wide Words, he explains that the name was subsequently picked up by genuine London gangs, and has been associated with organized rowdyism ever since. After a long-weekend crime wave in 1898, London papers began using hooliganism as a noun and hooligan as a verb. And, he says, there was a real family named Hooligan living in Southwark, London at the end of that century, whose violence became well-known.

The word khuligan entered the Russian language some time in the 20th century, from English, and is used to refer to disorderly or anti-social conduct generally. The activist punk band Pussy Riot was charged with khuliganstvo for their protests. The Russian hooligans that recently disrupted the Euro Cup like to use the word themselves, and there is some irony in the fact that they are thus, linguistically, aspiring to Irishness.

The British have a vocabulary of unparalleled richness to describe ruffians: mohocks (an 18th-century invention), thugs (19th, from an Indian religious cult), louts, neds (Scottish) and yobs (from boy, reversed).

Goon and hoodlum are of American origin, so never come up in soccer fights, even in the U.S. media. Yob is particularly English, as was the style of loud popular music represented in the 1970s by The Sweet, Gary Glitter, and Slade known as yob rock. Yob connotes not just loutishness but ugliness: A yob is by definition red-faced and paunchy. And indeed, the pasty British yobs were soundly defeated by the fit and trained Russian ultras on the streets of Marseilles, France.

See, there is one international word the British do not use to describe their most aggressive elements. Ultra (a noun) is common across almost every other language. Italians, Russians, South Americans and Arabs alike speak of the most violent groups of violent fans as ultras. Each ultra group creates its own elaborate heraldry, stadium choreography involving drums, graphic displays and chants, sung in the sulfurous light of flares, and most groups have an association with an extremist political ideology.

For some reason, ultra (from the Latin for beyond or on the other side) as used as a political descriptor generally means extreme right and not extreme left. The ultra royalists of the French 19th century – the first documented use of the preposition as political signifier – were behind the Bourbon restoration, a group passionately opposed to democracy and equality.

There are apparently some extreme left-wing ultra hooligan groups today, but obviously those are in the minority. Most of them are nationalist fascists and racists. Russian ultras are not afraid to unfurl swastika flags in the stands (an oddly self-hating thing for Russians to do). Polish ultra iconography often involves an appeal to a past Christian purity, with Gothic text and knights in armour fighting off the invading serpents of Islam.

Contemporary Egyptian and Turkish ultras, however, have come to be an actual anti-government political force, active in pro-democracy demonstrations (although their ideology – vaguely anti-authority – is not spelled out).

Even if this foreign fierceness is admirable, defiant Britishness is at work again in their resistance to calling their thugs ultras. From the Brexit referendum to the streets of Paris: The British working class show a determined refusal to use European norms. 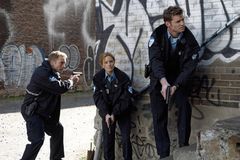 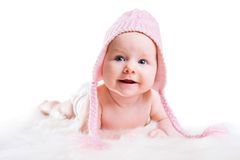 Opinion
France gets to the point on language
February 22, 2016