Peter Robinson is author of the Inspector Banks series, among other novels.

When Ruth Rendell died on Saturday, May 2, it meant that we had we lost two of our finest crime writers in less than six months. Ruth and P.D. James, who died last November, were good friends, though they sat on opposite sides of the House of Lords. Both had started publishing crime fiction in the early sixties, and both had tremendous influence on the next generation. Without them, crime writing today would not be as vibrant, as exciting or as relevant as it is.

I was a fan from the time I first got interested in the field. I loved the psychological thrillers, novels such as A Demon in My View and Live Flesh. These usually involved a lonely, disturbed character on the edge of reason – often tormented by an obsession or phobia – slowly toppling over that edge into a world of darkness and murder. They were the kind of books that made me want to yell out loud as I read – "Don't turn that corner!" "Don't open that door!" It seemed that every step and every choice her characters made closed all the doors behind them and made a grisly outcome seem more and more inevitable.

Though Ruth Rendell may have invented some of the creepiest and scariest characters you could ever imagine, she also created the most decent, human and compassionate cop in the form of Chief Inspector Wexford, whom millions came to love both through the novels and through his portrayal by George Baker in the TV series. Wexford also had a terrific foil in his sidekick, Inspector Burden, a younger man, but more morally rigid and judgmental than his boss.

Perhaps not as many readers realize that Ms. Rendell was also a terrific short story writer. The two volumes of her collected stories are a required presence on any crime reader's bookshelf. And not only crime readers. Though she wrote mostly about murder and disturbed minds, Ms. Rendell also cared passionately about the world we live in. She was never a preachy writer, yet her social concerns came through in her work and, along with her psychological insight, gave her books more weight and depth than many others. Her novels, written as both Ruth Rendell and as Barbara Vine, can stand comfortably alongside any of the general fiction of the past fifty years.

The first time I met Ruth was at a get-together that a number of expat journalists had organized for her husband Don, at The Feathers pub in Toronto's Beaches area. Though Ruth had also worked as a journalist, they thought she might like another crime writer to talk to. Hence my presence. The lunch went well enough, though I was very much in awe of her. I remember rather nervously finishing a story about our house in Toronto being broken into while we were away in New York worrying about getting mugged, but that at least I got a short story out of it. Ruth looked at me, and without missing a beat she said, "My dear, I get a short story out of everything." She wasn't boasting, either. She did. And I wished I did, too.

Just a few years ago, I was fortunate enough to interview Ruth on stage at a literary festival in Richmond, North Yorkshire. This was a bit different from a nice chat in a pub. I had heard that she was a difficult, rather prickly interviewee, so I was nervous as could be. No need. She turned out to be a gracious guest and a fascinating and engaging conversationalist. Our talk moved from the ghost stories of M.R. James, through foreign movie adaptations of her works by Pedro Almodóvar and Claude Chabrol, to her favourite novel, Ford Madox Ford's The Good Soldier. We were supposed to talk for forty minutes, but we went on for seventy. Neither of us was bored, and I don't think the audience was, either.

Ultimately, writers are remembered for their works, and Ruth Rendell left us with a wealth of riches. A couple of years ago, in a compendium called Books to Die For, a number of crime writers were asked to choose and write about their favourite crime novel. I chose Ruth's A Judgement in Stone, an early non-Wexford that begins, "Eunice Parchman killed the Coverdale family because she could not read or write." The first paragraph goes on to tell the reader how she killed them, that she spared no one, that she wasn't mad and that she gained nothing. It appears to give away the entire plot. Yet the rest of the book keeps you riveted to the page. She was that good.

Ruth may be with us no more, but you can be certain that her books will be around for a long time to come. The good news is that there is one more novel yet to be published. 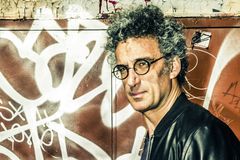 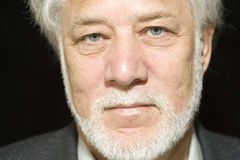 Book Review
Got Milked? would have been more engaging had Alissa Hamilton stuck to recipes
May 1, 2015 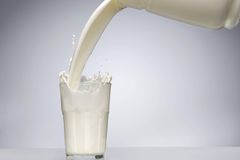