A decade ago, Roberto Bolano's posthumous masterwork 2666 was a literary sensation. Critics hailed the novel – Time magazine named it the best of the year – and it sold well. Bolano had died five years earlier, at 50, of liver disease. The celebration of 2666 was an unlikely fate for a tome of almost 900 pages, in translation from Spanish, one that told a story in five disparate parts, without an obvious narrative, whose connective theme was the violent abyss of the 20th century.

Bolano, born and raised in Chile, came of age in Mexico City. It later served as the milieu for his other lengthy, celebrated novel, The Savage Detectives, published in English a year before 2666. The writer spent much of his adult life in a seaside town northeast of Barcelona.

Bolano's favourite characters were writers, especially elusive ones, and Bolano likewise mythologized himself. The star of The Savage Detectives is Arturo Belano, an alter ego Bolano also declared to be the narrator of 2666. The mythos constructed on the page bled into reality.

When 2666 landed, the widely broadcast Bolano legend included the writer composing his capstone masterpiece on his deathbed, a heroin addiction that he had kicked in his mid-30s, and, when he was 20, a short stint in a Chilean jail as a leftist during Pinochet's 1973 coup. The fevered dream of 2666's writing is exaggerated and the others, Bolano's junkie days and his escape from under Pinochet's thumb, are false (probably).

"He created his own myth," Carmen Perez de Vega, who was close with Bolano in his final years, told The New York Times in early 2009.

The search for Bolano has been on since his death. Mónica Maristain published Bolano: A Biography in Conversations in English in 2014. The next year, Roberto Bolano's Fiction: An Expanding Universe, by Chris Andrews, an academic who is one of Bolano's main translators into English, arrived.

The latest entry is from American critic Jonathan Russell Clark. He explores where the fiction and Bolano myth converge. Entitled An Oasis of Horror in a Desert of Boredom – the line, from Baudelaire, is 2666's epigraph – Clark combines a personal take, a compendium of others' research and an analysis of 2666. He is at times insightful and other times uneven. Of Bolano, the man, Clark concludes: "Bolano was a regular human being."

This is not a foundation for mythmaking. His publisher in Spain, Jorge Herralde, said much the same when he told Maristain: "He wrote, read and watched television. That was essentially all he did."

I was drawn into the orbit of Bolano late, when a friend gave me The Savage Detectives. I read a few pages, a few times and didn't go farther until one time, slowly, suddenly, I was seized by Bolano's words. Like those before me, I was entranced by a distinct voice. Bolano forwent the conventions of plot. Stories sprawled and wandered. Andrews talks about "aimlessness" in the writing. Andrews means it in a good way. This, to me, became addictive.

After The Savage Detectives, I eyed 2666 but was daunted. I first turned to the Bolano novella Distant Star (weird, dark and awesome) and the story collection Last Evenings on Earth. The title piece is a gem. "B" and his father go to Acapulco on holiday. It is plainly told and the atmosphere is ominous, an ideal first step onto Planet Bolano.

Two years ago, still daunted, I took on 2666 – and loved it. I took it on again last year and loved it even more.

Bolano packs in an immense amount. I offer a brief selection. There's a stand-alone scene of a former Black Panther giving a sermon in Detroit. Much later, Benno von Archimboldi – the German writer who is, roughly speaking, 2666's main character – is fighting in the Second World War. He's holed up in a Ukrainian village. He discovers a diary by a friend of a Soviet science fiction writer. The seeming tangent goes 30 pages. Then there is the famous dark heart of 2666, The Part About The Crimes. Almost 300 pages, Bolano drills an unflinching account of the murders of hundreds of woman in the 1990s in Mexico's Ciudad Juarez.

In 2666, the abyss is everywhere. The word punctuates the novel some 20 times. Yet art also radiates. Clark observes Bolano's view of the world's two poles: "Creation and destruction. Beauty and brutality."

There are, however, few – if any – answers. The murders aren't solved. Redemption is not achieved. Quests fail.

Near the end, Archimboldi, in old age, meets another old man on a bar's terrace. The man tells a story of posterity, how a person is remembered, about a forebear who was a writer and also created a popular ice-cream confection. (Posterity was fully on Bolano's mind, even as he sometimes dismissed it outright.) The man concludes his story and asks Archimboldi what he thinks. "I don't know what to think," Archimboldi responds.

Bolano, for years, was a poet. He was ill through his 40s, the decade he had turned to fiction. His work – "precursors to the grand finale," writes Clark – culminated in 2666. As 2666's second part ends, in an oft-cited passage, a character considers "the great, imperfect, torrential works, books that blaze paths into the unknown."

There is no proper Bolano biography. Access to his vast personal papers is guarded. So obsessives are left to circle, much like the critics in the first part of 2666. They pore over Archimboldi's books and then search for the man.

"Archimboldi is here," one of the critics says as they give up, "and we're here, and this is the closest we'll ever be to him."

Our instincts want answers. Let us instead savour the puzzle. Clark's deep dive into 2666 seeks answers but doesn't really get there. And his quest for answers sends him astray – such as trying to figure out, in The Part About The Crimes, who is guilty of the murders. He misses the point. One suspected murderer is arrested. The murders continue. This is Bolano's abyss – a theme Clark doesn't consider at all.

Consider Bolano, in his lampooning the critics and his lifelong savaging of the literary establishment and self-imposed exile from it. The only true guide to 2666 is one's own experience with it. 2666 is a labyrinth. The word appears about as often in 2666 as abyss – and it was a primary theme for Bolano, as it was for his idol, Jorge Luis Borges. Bolano, to me, is about everything that a person feels and discovers when lost (happily and otherwise) in the labyrinth. 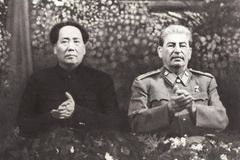 Author Tom Wilson on the pain of being lied to about his birth parents
Subscriber content
December 22, 2017 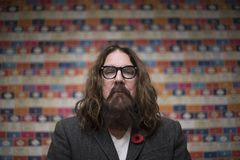 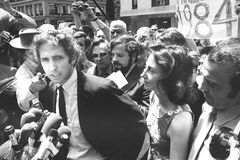