On Oct. 27, 2015, at exactly 9 o'clock in the evening, Shari Lapena sent an e-mail to the literary agent Helen Heller. Attached was a .doc file and PDF of a thriller called The Couple Next Door. Along with the manuscript, Lapena included three short paragraphs describing the novel, as well as her bio. "Thank you very much for your consideration," she wrote, "and I look forward to hearing from you."

She didn't have to wait long; Heller wrote back at 11:33 the next morning with a very brief response: "Is there a number I can call you at?"

Heller, the Toronto-based agent for several best-selling suspense writers, including Linwood Barclay and Kelley Armstrong, had read the first third of the novel that morning. "I always look at everything immediately, because it'll take me about a minute to work out if I want to read on or not," explains Heller, who estimates that she turns down 499 out of every 500 submissions she receives. In the case of The Couple Next Door, she says, "I didn't put it down."

On Nov. 1, Heller flew to New York, bringing along the novel's first half-dozen chapters to distribute to publishers. By the time she returned to Toronto on Nov. 6, she says, "every [publishing] house in town was after this book." By lunchtime on Nov. 9, the novel had been acquired by Pamela Dorman Books, one of Penguin Random House's many American imprints; within two weeks, it had been sold, or was at auction, in 25 territories around the world. (In France, 11 different publishers fought for the title, Heller says. "Normally, you're lucky if you get two.")

Now, a little more than eight months later, The Couple Next Door arrives in North America, having already been published in Australia and Britain, where it quickly landed on bestseller lists. It has now been sold in 30 territories – a translated version of the novel has been out in the Netherlands since June – and comes lavished with over-the-top praise from some of the genre's biggest names, including Harlan Coben ("Meticulously crafted and razor-sharp") and Sue Grafton ("The suspense was beautifully rendered and unrelenting").

"In general, this doesn't happen," Heller says. "Not in the field that I play in."

If Heller is surprised by the swiftness of the novel's publication, then Lapena, a 55-year-old former lawyer and teacher, is dumbfounded.

"Nothing like this ever happened to me before," she says, sitting in her publisher's office earlier this week, having recently returned from a book tour in England. "I hadn't even finished the book this time last year. I finished it at the end of September and then I was afraid to send it out."

Like its journey from manuscript to bookstores, the plot of The Couple Next Door moves at a breakneck speed. Amy Black, her publisher at Doubleday Canada, says "it felt like the book was reading itself," when she was sent the novel last fall; Bhavna Chauhan, her Canadian editor, describes the novel as "relentless" with "twists upon twists upon twists. When you read a lot in this area, you tend to figure things out. This was one book that completely kept me surprised."

All you really need to know about the novel can be found in the first line of the plot summary Lapena sent Heller last October: "Anne and Marco Conti's baby goes missing from her crib on a hot summer night while they are at a dinner party next door." Who took Cora? What kind of parents leave their six-month-old daughter home alone? The answers to these questions transform the novel into not only a deliciously addictive whodunit, but a why-did-they-do-it as well.

"With me, it's always the premise," says Lapena, who splits her time between Toronto and a farm near Cobourg, Ont. "I don't think of [plot] from the back end, like 'Who's kidnapped the baby?' and 'Is it for ransom?' or whatever. I always think, 'What's the starting situation and how complicated can I make it?' Because it has to be complicated enough at the beginning that it can go in a lot of different directions."

The Couple Next Door does indeed go into a lot of different directions, several of them unexpected. Sure, it's a beach read that pretty much guarantees you'll get sunburn, both meticulously plotted and a bit silly, but it's also a surprisingly nuanced portrait of parenthood – specifically motherhood, with its piercing portrayal of postpartum depression. At its heart, it's a novel about being the perfect parent, and if such a thing is even possible.

"There's a tremendous amount of judgment about parenting," says Lapena, the mother of two teenagers. "Look at the pressure we put on parents now. … When I was a kid, we didn't have car seats. Nobody wore a seatbelt. Dad would be smoking in the car. We went out and playing in the street until the lights came on. Parents never watched their kids. I walked to Grade 1 by myself. Now the schools will tell you they don't want kids walking to school by themselves until they're in Grade 4.

(Even though she "certainly wouldn't have" left the baby alone, Anne and Marco aren't "completely negligent," Lapena insists. "I don't want a lot of parents calling me and saying, 'Don't be so judgmental!' ")

The novel's jacket copy refers to this being Lapena's "suspense debut," a sly bit of marketing tap dancing meant to position her as the next big thing, but she's actually the author of two previous novels, including 2011's Happiness Economics, which was short-listed for the Stephen Leacock Memorial Medal for Humour, hardly a small-time prize. Afterward, she wrote a third novel, once again literary fiction with a comedic bent, but couldn't get it published.

"I was bummed for a while," she says. "I was discouraged by it. I think it was that I had some expectations on that book, because I had two agents both wanting it at the same time. It was very disappointing. It felt like I was beating my head against the wall. Comic literary novels don't sell very well."

Lapena wrote a handful of novels for young readers, including a series concerning a witch, but after once again being turned down by publishers, she decided to try to write a thriller, a genre she has always loved to read but never felt confident enough to write.

"I wasn't getting joy out of my writing any more," she says. "I thought, 'I'm going to write a thriller as an experiment to get my love of writing back.' "

The experiment, thus far, has been an unqualified success. She's under contract for a second thriller, which will appear in bookstores as soon as next year, and which she will spend the fall, when she's not promoting the current novel, writing.

I ask Lapena, now that she has some momentum, if she would consider resurrecting any of the books she wrote before The Couple Next Door. She looks aghast.

Jana Prikryl: ‘It is important to remember the strange shapes you think you see in things’
August 19, 2016 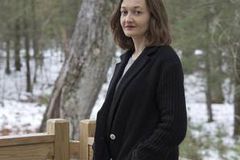 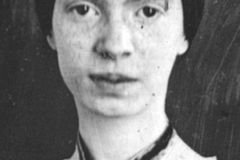 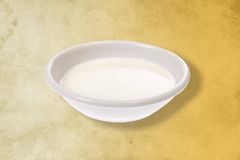