Is there a book you return to again and again, a work that would make life on a desert island bearable? Each weekend, between Canada Day and Labour Day, Globe writers will share their go-to tome – be it novel, poetry collection, cookbook – and why the world is just a little better for it.

"Cannery Row in Monterey in California is a poem, a stink, a grating noise, a quality of light, a tone, a habit, a nostalgia, a dream." I loved Cannery Row from the moment I read that line, and it is still one of the best first lines I've ever read. The whole paragraph is beautiful, actually, but if I keep quoting it I might not be able to stop.

Published in 1945, Cannery Row is John Steinbeck's portrait of life around a sardine cannery in California. There is a loose plot about a party but mostly it is the story of a place and its days, its people and its animals, their many stories and moments intertwined.

Cannery Row was inspired by Steinbeck's own experiences in California and especially his friendship with Ed Ricketts, a marine biologist who is the basis for the main character, Doc, and the man to whom the book is dedicated. (A 2005 news story about Ricketts's enduring fan base described him as "probably the only scientist in history to have 15 animal species and a nightclub named after him.")

I read Cannery Row once a year, sometimes more. I especially like to read it in the summer, and I like it best on a day when time stretches the way it did when you were a kid and a sunny afternoon feels as though it could last forever. It is a short book, and easy to read. Sometimes I read it in one sitting, other times in small bits over a few days.

I own four copies of Cannery Row, but the one I read is a dog-eared 1959 paperback that I bought at a second-hand store. It is 123 pages long. Even after a puppy chomped on it, and though its pages are now so dry and brittle that small pieces crumble under my fingers, I keep reading the same copy. I know where all the typos are, and I'm nostalgic. It has a great old paperback smell, and still carries hints of all those sunny afternoons.

Photojournalist Jason Franson is the only person I know who loves Cannery Row as much as I do. We discovered that while on assignment together once, and talked about it most of the day. When I started writing this, I texted him to ask why he likes the book so much.

"It puts me in a place and time I would like to be in," he wrote back. He was on the road, on his way to photograph a disaster scene. "Sometimes I just pick it up when I'm feeling stressed or down and it takes me away from all that," he told me.

I first read Cannery Row 12 or 13 years ago, around the time I started reporting on crime for the Regina Leader-Post. I was spending most days in court, and then working on a collection of true crime stories outside work. Being immersed in so much tragedy and surrounded by so much real, raw emotion changed what I wanted to read or watch for entertainment. I found I couldn't connect to a lot of novels anymore. They were either too dark or too light. They didn't seem to capture the full range of life that I was seeing and thinking about.

It was around then that I discovered Cannery Row.

Cannery Row is not sad, but there is certainly great sadness in it. It is not comedy, but it has humour and even moments of hilarity. It is both tough and tender, earthly and mystical. It is, like Lee Chong's grocery store, "a model of supply," meaning you can find almost anything you need within it. Though it was published 70 years ago, it somehow never feels too dated to me.

I think of Cannery Row as a specimen of life, as though a range of human existence and experience has been captured and preserved for display and study, like creatures in Doc's laboratory.

Cannery Row is about the frailties and strengths of human beings, the complexities of love and the Model T Ford. It is about the peace of simple pleasures, of good music and a quart of whisky, friendship and the smell of chicken stew.

It is about how life can both amuse you and break your heart. And how, somewhere amid the fights and the failures and the broken dishes, the many great tragedies and small sorrows, is found the sheer beauty of being alive.

In the final passages of Cannery Row, Doc reads from Black Marigolds, a poem written nearly a thousand years ago by a man waiting to learn whether he would be executed for his love. "Even now/ I know that I have savored the hot taste of life," one line goes.

Doc wipes away tears. I always cry with him. 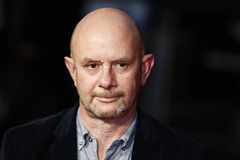 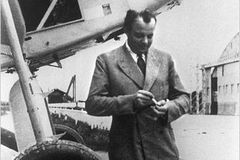 Summer reading: An excerpt from Ezekiel Boone’s new thriller, The Hatching, and a Q&A with the author
July 8, 2016 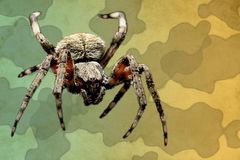