Literary media have been abuzz about the "sick-lit" controversy: novels written for teenagers with themes of death, fatal disease and psychological disease such as anorexia. Apparently these are very popular with girls in the U.K. and North America. Detractors say they are dangerous because they romanticize these things, especially cancer; they encourage wallowing in depression and may actually encourage vulnerable children to harm themselves.

A novel called The Fault in Our Stars, by John Green, usually serves as epitome of the genre. It's about Hazel, a 16-year-old cancer patient who meets a really cute guy in a cancer support group. He is an amputee and also dying. They fall in love, he dies, she survives. After his death she finds notes the boy had been writing for her own eulogy. The story ends with her saying to the absent lover, "I do." The book was well-reviewed and became a bestseller. Similar sick-lit books include Never Eighteen, and Before I Die (now a movie called Now is Good starring Dakota Fanning), both about teenage cancer sufferers.

There are whole imprints of publishing houses devoted to so-called "young adult" (YA) fiction, and they are retooling their arsenals, shifting the paradigm from werewolves and wizards to hospitals and suicide plans.

The criticism of these books comes from all directions, right and left: The sensationalist Daily Mail published a piece accusing sick-lit of encouraging inappropriate behaviour for teens, such as premarital sex. The Guardian's teen lit critic retorted, "illness, depression, sexuality – these are all issues that teens are going to bump up against in their lives."

One particularly vocal opponent of the illness romance trend is a critic for The Times of London. British novelist Amanda Craig was on the CBC's radio show The Current last month, arguing that the glamorization of victimhood that these books offer can lead isolated teens into self-destructive behaviour. Craig had told the Daily Mail she had already seen the result of this, when a 12-year-old girl she knew read a YA novel called Red Tears, about a girl who self-harms. Craig claims the book spread "like wildfire" in the girl's class, causing several other girls to try self-mutilation.

Craig herself admits that sick children have long been useful plot devices in sentimental fiction – one could point to authors Louisa May Alcott, Charles Dickens and Johanna Spyri (Heidi ). Supporters of the genre add that adult fiction deals with scary and violent stories in even less sensitive fashion; when are clever teens allowed to read those?

This whole discussion could never have happened 40 years ago, when there was no such thing as YA fiction. There was children's fiction and then there was fiction. Children's fiction was wholesome or propagandistic. When I was done with the Narnia and Hornblower series I moved right on to Kafka, which was far more troublingly violent and grim, perfect for a teenager with an interest in the weird and gross. I still think if you have a teenager who wants disturbing stories, it's far healthier to just give her Kafka. Throw her in at the deep end, I say.

Note that everybody accepts that we're just talking about girls here. Obviously the sick-lit genre is a sub-genre of romance, and boys are not expected to read it or slice themselves up in response.

In this it is representative of a general trend in publishing, which is toward silos. That is, books are being produced in ever more strictly defined categories. The Narnia books were for both genders and had compelling boy and girl characters. (To their credit, so do the Harry Potter books.) And then we had Jane Austen and Kafka for everybody over 14, regardless of gender.

Not that I want there to be "boys' books." Categories are divisive. Should we have a separate shelf for satire? For prairie novels? This kind of hiving off of audiences encourages people to stay in their literary comfort zones, and it perpetuates gender stereotypes. It is bad for literature and bad for culture.

The Lovely Bones, by Alice Sebold (2002). This international bestseller was not marketed as young adult fiction but may have been inspirational for sick-lit themes: It's the narration of a girl who was raped and murdered and is watching the lives of her relatives from the afterlife. A British critic called it "overpoweringly saccharine." It sold a million copies.

So Much to Live For, by Lurlene McDaniel (2003). Teen girl camp counsellor has leukemia; her best friend has also died. Will everyone she trusts die? An early prototype of the genre.

Red Tears, by Joanna Kenrick (2007) British high-school girl under exam pressure starts to self-harm. Intended as a cautionary tale, it has been accused of creating copycats.

Thirteen Reasons Why, by Jay Asher (2007). A teen girl who has committed suicide leaves behind a set of tapes detailing how the cruel actions of her classmates caused her to despair. The idea is to remind youth of the danger of callous actions, but the book could also be seen as exhortation to glamorous victimhood.

Before I Die, by Jenny Downham (2009). Teen girl has months to live: First on her to-do list is lose her virginity. The "bucket list" theme is a staple of the genre. The sexual theme in this one has caused controversy.

Deadline, by Chris Crutcher (2009). A Christian twist on the bucket-list plot: Teen boy has terminal cancer, must make football team and seduce cheerleader before he dies. Includes subplots about incest and pedophilia.

By the Time You Read This, I'll Be Dead, by Julie Anne Peters (2011). This one perfectly combines the cancer and suicide motifs: Bullied girl contemplates suicide; a boy with cancer befriends her.

The Fault in Our Stars, by John Green (2012). Sixteen-year old cancer patient finds love with another dying teen. Popular with just as many adults as teens – like so many officially "YA" books.

Never Eighteen, by Megan Bostic (2012). Teen boy has terminal cancer, decides he must go on a journey to visit all those who touched him before he dies.

Zoe Letting Go, by Nora Price (2012). Teen girl is committed to an institution for girls with eating disorders; she writes letters to her best friend about what has happened to their relationship.

Saving Daisy, by Phil Earle (2012). Girl blames herself for her mother's death, begins to cut herself to stave off panic attacks. Much praised by readers as troubling but moving.

From Richard III to Johnny Rotten: The changing face of evil
February 6, 2013 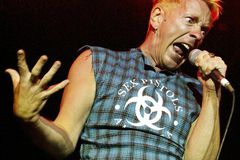 When there's money to be made, who owns the rights to your image on the Internet?
January 30, 2013 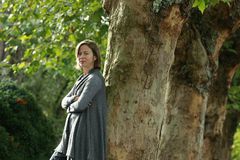