At the end of the first episode of Flophouse – a new reality-TV series about up-and-coming L.A. comedians – one of the show's characters attempts to do a keg stand to a cheering crowd, only to end up vomiting all over himself. It's a passingly funny, surprising, undoubtedly gross moment – and perfectly emblematic of Viceland, the new specialty cable channel from the ever-expanding Vice brand that will launch Feb. 29 in Canada and the United States.

Creating a TV channel these days is no easy feat, especially one that hopes to lure the ever-fickle millennial audience. Yet, Viceland thinks it can crack the code, and hired long-time Vice associate Spike Jonze (the director of Adaptation, Where the Wild Things Are and Being John Malkovich) to act as its creative director. Despite Jonze's prankish history with the press – he once showed up for a British TV interview in a tank top and do-rag, pretending to be a sportscar-driving bro – the 46-year-old has been on a generous and exhaustive media tour to promote the new channel. The Globe caught up with Jonze (née Adam Spiegel) in Toronto to discuss expectations and whether he'll ever return to filmmaking.

Of the series made available for review, I really took to Ellen Page's Gaycation – it has a great mix of curiosity and honesty. Does that speak to the vision you have for the network?

I think so, but it's really if the channel can have that genuine of an intention, that authentic of an intention. That's our hope. I like the idea of this thing being alive – you can it turn it on any time of the day and here is this living thing made by a group of people not trying to sell you some idea, just trying to offer you up something they made.

You helped Vice go from a magazine to an online video company with VBS.tv. But is it intimidating to go to a 24-hour channel?

Yeah, but is intimidating the right word? It's overwhelming. I've been working on this for a while now, and I'm only starting to even understand what it means to build this channel. We made so many mistakes along the way – but it's probably good that we did, because having that naivety allowed us to do things our own way, rather than replicate another company.

Were there other networks you were looking for inspiration from?

No, more like other people. What would the Beastie Boys do if they had a TV channel? Or Letterman when he had his late show in the eighties? Miranda July – do you know her? – what would she do? We've only just begun to give ourselves the freedom to play with it.

It's not every day a new network is built from scratch.

I feel more excited for the thing that it's going to be in a year from now. It comes out Feb. 29, but that's just the seed. My goal is to build this and hand it off to someone else – it shouldn't be just me and [Vice CEO Shane Smith's] thing forever. It should be the next generation of young creative people who say: "You guys don't know what you're doing, this is what it should be." The sooner that me and Shane and [Vice CCO Eddy Moretti] get kicked out, the better.

Is there any worry, though, that this is a TV channel and not many young people are watching TV?

I don't think it matters – if you make good stuff, it'll be found in any medium. The cable channel is just one means of distribution.

So you're not concerned with the business side of things?

I try to be not that involved. But as far as that goes, I think good stuff finds its way into the world. If we can get it paid through our cable opportunities, that makes sense.

Back to the launch being the seed of what the network will be: How are you going to fill 24 hours of programming every day?

For one, we rerun stuff. Two, we have a lot of stuff online that we've made over the past 10 years that we can use. Three, we can acquire stuff. On Friday nights, we have a show called The Vice Guide to Film, so we give a brief introduction to a director, and license two of their films. There will be acquisition blocks, like Stoner Saturdays or Hangover Sundays: We'll program what you want to watch when you don't want to think too much.

Is this taking up all your creative energies right now – do you have a desire to return to filmmaking?

It's intense. But I love making things, and movies, too. Some day.

What do you think of the current state of cinema?

I feel like that's a question that everybody has every year. I mean, every year, I see movies that I love. I was reading this article today about Kanye West's last album, and how it only sold this many records. But when you get into it, Kanye's last album was amazing and it'll influence records for the next 10 years. Does he care if it's a radio hit? He didn't make it for that reason. And there are great movies that are exactly the same. Is there ever a bad year for going to the movies?

There tends to be this bump every few years where critics will say, for example, that it's not like it was in 1999.

The funny thing is that, at that time, everyone was saying cinema was dead, it was never going to be what it was like in the seventies. Obviously, the seventies were amazing, but we never see what's going on in the moment. So …what do you think? How does our plan sound?

My big concern is that getting people to sit down and watch one television station now is asking a lot.

I don't expect anyone to watch TV who isn't already watching TV. But if you do watch TV, we are making something that is an interesting, living thing. There's also a lot of stuff that we're making to go in between the shows. The first 13 hours of the network is just us listening to voicemails that we asked people to submit.

Sounds a lot like Citytv's early days, with Speaker's Corner.

Yes! But the idea is that this is a thing we can play with, it's not this precious prime real estate. Just something to build whatever we want on. I think, why not, you know? I want the anarchy. We'll get better as we go on.

Controlled or uncontrolled. We'll get better at letting the thing become wild, letting this 24-hour stream into people's home to play with it. What else do you think is going to succeed or fail?

I'm curious about the HBO split – won't there be brand confusion with those guys running Vice news programs, which Viceland then won't be allowed to air?

It's two different groups and two different voices. That's partially why we called this Viceland. What Vice is doing with HBO is news – objective journalism – and Viceland is far from objective. The voices here are going to be different.

It seems like there's so many company tentacles everywhere, not to sound sinister. Is everything, then, just Vice?

I think so, yeah. For the news show, it feels different from what we're doing, but it's just as equally intentional and purposeful and singular. 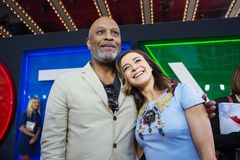 TV fans seek savings from pick-and-pay in 2016 as broadcasters plan for the worst
December 28, 2015 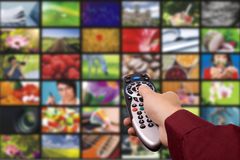