On the evening of April 16, 1959, a Thursday, the largest gathering of Canadian literary might in pre-Giller history assembled in the Concert Hall of Toronto's Royal York Hotel to raise money to restore Stephen Leacock's back porch. Over 700 guests paid $10 each to have dinner with 70 Canadian authors, including Hemingway's sparring partner Morley Callaghan, mistress of Jalna Mazo de la Roche, three-time Governor General's Award-winning poet E.J. Pratt, and Hugh MacLennan, soon to take home his own third GG for The Watch That Ends the Night. In keeping with Leacock's maxim that most people tire of lectures in 10 minutes, but clever people can do it in five, the tickets came with "an assurance of absolute immunity from speeches." Instead, host Ralph Allen led an evening of music and skits based on Leacock's work. Leacock impersonator John Drainie brought the man himself to life in a rocker, and the House of Seagram kept the evening and Hugh Garner well lubricated. The next day, the Telegram pronounced the dinner a success and a "Write Good Time." Thanks to Canadian writers and readers, Stephen Leacock's porch was saved.

Leacock, never mind his porch, has not always been so important to this country's literary heritage. According to Lorraine York in her book Literary Celebrity in Canada, official Canada had largely forgotten Leacock until American literary tourists embarrassed his former employer, McGill University, into naming a few spots around campus after him. In 1958, his former home on Old Brewery Bay was declared a national historic monument, upgraded to a national historic site 10 years later with the flush of Centennial and the threat of development. Today, the Leacock Museum brings over a million tourist dollars a year to Orillia – not Avonlea territory, sure, but more than Richler's pub in Montreal or the Moodies' outhouse in Cobourg.

Leacock's present fame rests mostly on one book, Sunshine Sketches of a Little Town, first published in 1912, and reissued this fall in a beautiful new illustrated edition by McClelland & Stewart. Like hundreds of other local colour stories published on both sides of the border in the decades before it, they're gossipy, insider stories of a particular people (white, British, Protestant, Knights of Pythias, Conservative unless Liberal pays better that year) with particular customs, especially on Dominion Day. In his preface, Leacock of course insists that Mariposa is a not a real town, that it's a composite of many small towns. He said this for the same reasons writers have always said it: so people in their towns won't kill them, and so people in other towns will read them. Sunshine Sketches is local colour that wants, and got, an international audience.

What it's not is funny. Given the existence of the Leacock Medal for Humour, you would be forgiven for expecting his best-known book to be, well, humorous. This time through I did laugh aloud once, on the opening page of The Mariposa Bank Mystery:

"I don't say there is no justification for suicide. There often is. Anybody who has listened to certain kinds of music, or read certain kinds of poetry, or heard certain kinds of performances upon the concertina, will admit that there are some lives which ought not to be continued, and that even suicide has its brighter aspects."

Admittedly, you could learn a lot about how comedy works from Leacock's tricks, like pretending to lose track of the story to delay the punchline, or taking clichés literally ("The Mariposa Times-Herald said next day that that speech would go down in history, and so it will – ever so far down") or exaggerating small details, what Leacock called "mixing half a gallon of myosis with a pint of hyperbole." But in the book that is not just his best known but his best, Leacock is more charming than funny. It's the voice that does it: intimate, affectionate, gently ironic, educated but likes to hide it lest somebody say who do you think you are. It's a Canadian voice, very Ontario, very CBC.

A good part of the appeal of Sunshine Sketches of a Little Town is its nostalgia for a Canada and an Ontario that was already disappearing at the time of its publication, for small towns that electricity and the worries of the world didn't quite reach. The word "little" prompts this nostalgia, evoking for readers a time when their towns and their world seemed smaller places. Just two years later, remember, their world became much larger, with new landmarks like Ypres, the Somme, and Vimy Ridge, names that did reach small towns across Canada.

The nostalgia of Sunshine Sketches isn't all in the sunshine. In Leacock's closing words, we learn who the "you" is that he's been talking to throughout the book. You thought it was you, and it is, but it's also and specifically a businessman sitting in his club in the city, a man who left Mariposa as a boy 40 years ago, a man surrounded by other men who came from other Mariposas and, like him, have forgotten the way home. Even if you could find the train back, says Leacock to this silent listener who's been there from the start, nobody would know you now. You've been gone too long, and the city has changed you. Don't even bother to look for your reflection in the window, because you won't find it. You're a dead man now, sitting with other dead men, "in the leather chairs of the Mausoleum Club, talking of the little Town in the Sunshine that once we knew."

It might not surprise you to learn Samuel Beckett was a fan.

In the prosperous wake of another World War, Leacock's book itself became an object of nostalgia, comfort food for generations of Canadians coping with their own versions of faster times and larger worlds. It's been reprinted in cheap paper editions for the classroom and large hardbacks for the coffee table, illustrated and annotated, introduced and afterworded, adapted for radio, the stage, and a TV series. Last year, CBC-TV celebrated the book's 100th birthday and its own 60th with a movie version that makes Leacock a character in his own stories, a strange mash-up of life and literature whose few moments of beautiful weirdness are not enough to redeem its fundamental mediocrity – not a bad way to mark 60 years of CBC-TV, when you think about it.

And now the house we once called Canada's publisher shows up with its own present, its troubles maybe explaining why it's late for the party. McClelland & Stewart's latest edition of Sunshine Sketches is worth the wait, a gorgeous, generously printed book (even if, or because, it was printed in China) lovingly designed and illustrated by Seth, the Ontario cartoonist himself known for nostalgic images of our small-town past. Seth thinks it is a funny book, and who knows, maybe he's right, and I'm just broken. We agree, though, on what Seth calls its "completeness," the sense it creates for us that we have walked its streets, seen its buildings, met the inhabitants.

Seth and I are both the wrong side of 50 now, and we were both born in this country, both grew up in small towns. I don't know if Canadians still recognize in this book the streets and people of the places they're from, places increasingly far from Mariposa. Next time I'm in a classroom with it, I'll ask. (If you're reading this online, maybe you could answer.) I do know the recent blow-up about how to choose the authors we teach has me thinking about a first-generation Chinese Canadian student who wrote me to say that T.S. Eliot's The Love Song of J. Alfred Prufrock is his favourite poem, because Prufrock captured what it felt like to be a first-generation immigrant, to walk streets that don't yet feel like home. I know it feels good to see something of yourself in the books you read, the way Seth and I can in Sunshine Sketches. I know it would be a mistake and a sadness if we only looked to books for people just like us. And I know I hope you think there's room in our literatures and our classrooms for both.

Nick Mount is a professor of English at the University of Toronto, and the fiction editor of The Walrus. 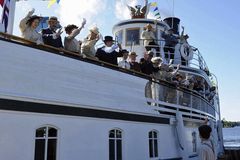 Review
A Word or Two: An amiable (and slightly aimless) ramble with Plummer
August 3, 2012 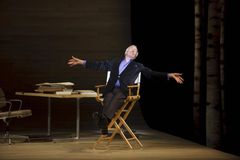 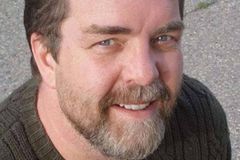