In her dream the men were calling for tobacco, as always. Underfed, unwashed, hair crawling, botched limbs seeping through slings into stump pillows, but all their pleas were for something to fill their pipes. The men reached out to Lib as she swept down the ward. Through the cracked windows drifted the Crimean snow, and a door kept banging, banging –

"A quarter past four, you asked to be waked."

This was the room above the spirit grocery, in the dead centre of Ireland. So the voice in the crack of the door had to be the maid's. Lib cleared her throat. "Yes."

Once dressed she took out Notes on Nursing and let it fall open, putting her finger on a random passage. (Like that fortune-telling game Lib and her sister used to play with the Bible on dull Sundays.) Women, she read, were often more exact and careful than the stronger sex, which enabled them to avoid mistakes of inadvertence.

But for all the care Lib had taken yesterday, she hadn't managed to uncover the mechanism of Anna O'Donnell's fraud yet, had she? Sister Michael had been there all night; would she have solved the puzzle? Lib doubted it, somehow. The nun had probably sat there with eyes half-closed, clacking her beads.

Well, Lib refused to be gulled by a child of eleven. Today she'd have to be even more exact and careful, proving herself worthy of the inscription on this book. She reread it now, Miss Nightingale's beautiful script: To Mrs Wright, who has the true nurse-calling.

How the lady had frightened Lib, and not only at first meeting. Every word Miss N. pronounced rang as if from a mighty pulpit. No excuses, she'd told her raw recruits. Work hard and refuse God nothing. Do your duty while the world whirls. Don't complain, don't despair. Better to drown in the surf than stand idly on the shore.

In a private interview, she'd made the most peculiar remark. You have one great advantage over most of your fellow nurses, Mrs Wright: You're bereft. Free of ties.

Lib had looked down at her hands. Untied. Empty.

So tell me, are you ready for this good fight? Can you throw your whole self into the breach?

Dark, still. Only a quarter moon to light Lib along the village's single street, then a right turn down the lane, past the tilting, greenish headstones. Just as well she hadn't a superstitious bone in her body. Without moonlight she'd never have picked the correct faint path leading off to the O'Donnells' farm, because all these cabins looked like much of a muchness. A quarter to five when she tapped at the door.

Lib didn't like to bang harder in case of disturbing the family. Brightness leaked from the door of the byre, off to her right. Ah, the women had to be milking. A trail of melody: Was one of them singing to the cows? Not a hymn this time, but the kind of plaintive ballad that set Lib's teeth on edge.

But Heaven's own light shone in her eyes,

She was too good for me,

And an angel claimed her for his own,

And took her from Lough Ree.

Lib pushed the front door of the cabin and the upper half gave way.

Firelight blazed in the empty kitchen. Something stirring in the corner: a rat? Her year in the foul rooms of Scutari had hardened Lib to vermin. She fumbled for the latch to open the lower half of the door. She crossed and bent to look through the barred base of the dresser.

She met the beady eye of a chicken. A dozen or so birds, in behind the first, started up their soft complaint. Shut in to save them from the foxes, Lib supposed.

She spotted a new laid egg. Something occurred to her: Perhaps Anna O'Donnell sucked them in the night and ate the shells, leaving no trace?

Stepping back, Lib almost tripped on something white. A saucer, rim poking out from beneath the dresser. How could the slavey have been so careless? When Lib picked it up, liquid sloshed in her hand, soaking her cuff. She hissed and carried the saucer over to the table.

Only then did it register. She put her tongue to her wet hand: the unmistakeable tang of milk. So the grand fraud was that simple? No need for the child to hunt for eggs, even, when there was a dish of milk left out for her to lap at like a dog in the dark.

Lib felt more disappointment than triumph. Exposing this hardly required a trained nurse. It seemed this odd job was done already, and she'd be in the jaunting car on her way back to the railway station by the time the sun came up.

The door scraped open, and Lib jerked around as if it were she who had something to hide. "Mrs. O'Donnell."

The Irishwoman mistook accusation for greeting. "Good morning to you, Mrs Wright, and I hope you got a wink of sleep?"

Kitty behind her, narrow shoulders dragged down by two buckets.

Lib held up the wet saucer – chipped in two places, she noticed now. "Someone in this household has been secreting milk under the dresser."

Rosaleen O'Donnell's chapped lips parted in the beginnings of a silent laugh.

Outrage swelled in Lib's chest. "I can only presume that your daughter's been sneaking out to drink it."

"You presume too much, then. Sure in what farmhouse in the land does there not be a saucer of milk left out at night?"

"For the little ones," said Kitty, half-smiling as if marvelling at the Englishwoman's ignorance. "Otherwise wouldn't they take offence and cause a ruction?"

"You expect me to believe that this milk is for the fairies?" demanded Lib.

Rosaleen O'Donnell folded her big-boned arms. "Believe what you like or believe nothing, ma'am. Putting out the drop of milk does no harm at least."

Lib's mind raced. Both maid and mistress just might be credulous enough for this to be the reason why the milk was under the dresser. Though that didn't mean Anna O'Donnell hadn't been sipping from the fairies' dish every night for four months.

Kitty bent to open the dresser. "Get out with ye, now," she said with fond sternness. "Isn't the grass full of slugs?" She hustled the chickens towards the door with her skirts.

The bedroom door opened and the nun looked out. Her usual whisper: "Is anything the matter?"

"Not at all," said Lib, unwilling to explain her suspicions to Sister Michael. Besides, she remembered, the two nurses weren't supposed to discuss the case. "How was the night?"

Excerpt from The Wonder by Emma Donoghue © 2016. Published by HarperCollins Publishers Ltd. All rights reserved.

This excerpt introduces us to Lib, a nurse who seems to have been hired as a debunker of some sort. What can you tell us about her?

She's one of the few dozen highly trained nurses in Britain in the 1850s, the new generation who served in the Crimean with Florence Nightingale.

Lib is apparently investigating a young girl named Anna O'Donnell. What fraud does she feel Anna is committing?

Anna's family claim that she hasn't eaten anything in four months.

You're an Irish-Canadian author best known for your historical fiction, but I believe this is the first historical novel you've written that's set in Ireland. What was it about this setting, and era, that interested you?

I wanted to write a fictional story about the phenomenon of the "fasting girls" – about 50 cases from all over the western world in the sixteenth through to the twentieth centuries.

As an Irishwoman, I immediately thought of putting a case of refusal to eat in the resonant context of the aftermath of our Great Famine. 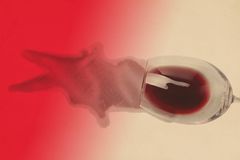 Summer reading: A preview of Kevin Patterson’s News from the Red Desert
August 5, 2016 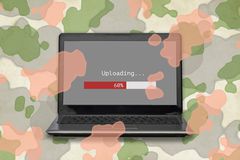 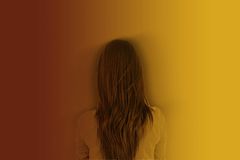