This week's North-America-wide online literary controversy comes courtesy of a wonderfully, conveniently conservative article about kids today and how they don't read enough, published in The New Yorker. The article "Do Teens Read Seriously Anymore?" by the revered film critic David Denby is one you have read before in different forms: kids are too distracted by their smartphones and screens; they don't read long books any more, especially not serious fiction, especially not the classics, and not the books that David Denby read as a teen, and they are going to grow up to be less sensitive and empathetic and intelligent. He wonders: "Could a country that had widely read Huckleberry Finn have taken Donald J. Trump seriously for a second?"

The claim has been made before (maybe by your own mother) and the rebuttal to it is also now predictable and familiar. Denby – who is writing a book about high-school reading – was instantly excoriated on Twitter and in a score of instant-response articles, by young people and by hip progressives, as being out of touch and reactionary. As Katy Waldman wrote in Slate, "This piece is a red cape fluttering in Twitter's bull-ring." He is obviously, his detractors say, confusing printed paper with reading. Reading happens on screens, and the texts the teens read there are just as deep and political as Kurt Vonnegut was.

Indeed, the teens are creating their own fictional worlds on their networks of devices and this is evidence of least as much intellect as is required for the reading of Nathaniel Hawthorne. "Teen readers aren't in crisis, they're just making their own rules," announced The Guardian's headline.

The debate over the importance and relevance of the literary canon – over Great Books – has been raging since long before the digital age (it was huge in the United States, after Allan Bloom published The Closing of the American Mind in 1987) and it has always been ideological, with those supporting Great Books seen to be representing conservatism. Opponents say that the canon is white and male and exclusive.

This divide is reflected, distortedly, in the new book-versus-phone reading schism: Those supporting new electronic literary platforms see themselves as supporting diversity and equality as well.

How does this work, exactly? How does reading romance on an iPhone promote greater democracy? Isn't it just an exercise in consumerism? Well, say its proponents, first because romance is a genre mostly read by women, and women's tastes have always been dismissed as not serious enough in this regard. Furthermore, the kind of cultural references required to understand Vladimir Nabokov are not available to everyone. Dystopian speculative fiction and celebrity-based fan fiction are grounded in the here-and-now and accessible to everyone.

For this is what we are talking about, as almost every detractor of Denby will acknowledge: The fiction read, created and shared by teens online is almost exclusively fantasy fiction. And this is what will bring us the great democratic literary future: sci-fi and teenage band wet dreams.

One by one, like clockwork, opponents of Denby bring up Wattpad, the Canadian app that enables teenagers to publish and share their fiction, as if this highly successful experiment in amateur publishing were in itself proof of the intellectual depth of the new reading. It is true that millions of young people (mostly women) read millions of pages of their peers' work daily on Wattpad, and this is better than not reading. In purely statistical terms, surely a certain segment of adolescents is reading more now than ever before in human history. And it's great that they are writing, too.

What are they writing? Well, Wattpad's newest promotional venture is a print anthology of pieces of its most popular fixed form, a kind of text they call an "Imagine." This is a story addressed to the reader as a set of instructions. You happen to get a seat on the tour band of Justin Bieber – and romance will ensue! Or you have to help Kylie Jenner buy accessories for a big night out, and she becomes your best friend. They are targeted solely at teenage girls. I have read a few of these, and am more interested in the comments that follow them – they tend to be as much about the subjects of the fiction as about the fiction itself. They are often just gushing expressions of love for Daniel Sharman. These are forums for shared crushes on strangers.

It's hard to argue, having actually encountered these formulas, that they promote social equality. The stars featured as antagonists are the most popular musicians and actors in the United States and so happen to be the products of the largest entertainment conglomerates in the world; to celebrate them is to support the most voracious kind of corporate marketing. It is hardly individualistic.

Even the supposedly political dystopian fiction of the Hunger Games model – which posits an authoritarian state against which the marginalized must rebel – continually portrays all governments and government programs as intrusive and tyrannical. Just as the Tea Party portrays them. As political writing, it's not the most sophisticated.

It's funny: In recent years, I have become used to men – intellectual men, professional men – boasting that they don't read fiction because it is not real enough for them, not practical. And often because it is too pious, too good-for-you (which they can be forgiven for thinking, if all they know of fiction is the CBC's Canada Reads). But recently I chatted with a friend who is fiercely feminist and a leftist and she said she didn't know much about fiction but didn't want to read it either – from what she heard from her trans/queer/activist friends, the best fiction was all sci-fi with strong roles for women of colour in it. It sounded like work to her. Who wants to read sermons like that?

When you are losing both the grownup men and the grownup women audience, on the right and on the left, you know your art is not clever enough. This is what Denby's fashionably youth-friendly detractors are missing: formulaic art is not sophisticated or subtle, and if it is not sophisticated it will never be truly mind-changing or empowering or progressive or any of the anti-hegemonic things they think it might be; it will always be for kids. 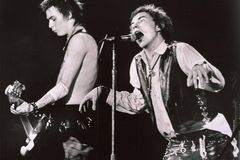 Russell Smith: Canadian Notes and Queries is more lively than it sounds
February 24, 2016 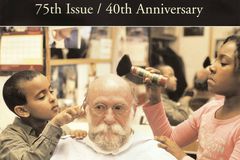 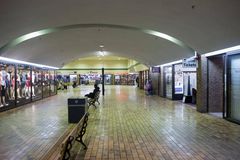