There is no letter Q in the written alphabet of the Ojibwe. Wab Kinew's father was born on an Anishinaabe trap line near Lake of the Woods, and didn't learn about the letter Q until his parents were required by law to send him to a residential school.

These past two weeks, Kinew has been looking at that letter from a new angle, as guest host of the popular CBC Radio interview program, Q. The public broadcaster is shopping for a new permanent host, following the disgrace of Jian Ghomeshi, and Kinew is a contender.

He has already replaced Ghomeshi as host of Canada Reads, on which Kinew made an eloquent winning pitch last year for Joseph Boyden's novel The Orenda. Even people who weren't sold on the book were impressed by Kinew's talent for advocacy, his positive spirit, and his likeability.

Those are the qualities of a politician, less so of a journalist and sometime rapper. Kinew has spent much of his working life in broadcasting, as a CBC Winnipeg host and as a correspondent for Al Jazeera America, but his outlook and background are those of someone for whom a political career seems inevitable. Earlier this year, Kinew mused publicly about running for the leadership of the Assembly of First Nations. At 32, he was 10 years younger than Shawn Atleo when he took the job.

"The joke in my family is that I grew up at the negotiating table or at the university," Kinew says, during a break from Q. "My dad was a grand chief and First Nations politician, and my mom was a policy analyst who advised First Nations, while also doing research and writing her dissertation at the university."

His parents, Tobasonakwut and Kathi Avery Kinew, were high achievers who expected their children to excel. They moved from the Onigaming Anishinaabe reserve near Kenora, Ont., to Winnipeg so that Wab could have the kind of educational choices his father did not, but the family returned to the reserve each summer.

"My memories were of halcyon summer days, of baseball and fishing," Kinew says. "It was an amazing place to grow up, because we had the language spoken everywhere, and the traditional culture. The drum, the pipe and the blessings of the elders were present at every community gathering, whether it was a powwow or funeral or graduation. But today, my community has lost four people under the age of 20 to suicide. It's a community in crisis. The traditions are still strong, but the language is receding."

Kinew went to French-immersion school in suburban Winnipeg, where he was the only native kid in the class, and on the hockey rink. He experienced racially motivated assaults by adults in both places. "I don't want to excuse it, but I don't want to dwell on it either," he says. "There's no comparison to what my father experienced at residential school, and the country's changing. People are a lot more open, even if they get it wrong or don't know the right words to say."

He studied economics at the University of Winnipeg, because he figured that economic development was essential to solving the problems of First Nations people. His entry into journalism came unexpectedly, after he wrote a letter about hockey to the editor of the Winnipeg Free Press, which caught the eye of a CBC Winnipeg producer.

"I don't know whether it was because of what I said, or because I have a 'diverse' name," Kinew says, with a laugh. He went to a story meeting with a handful of pitches, and a broadcasting career was born.

But behind the urban, professional narrative is a strong family drama, tied to the land and shot through with the experience of racism and the residential schools. In a short documentary film Kinew made for CBC's The National in 2010, he accompanied his father to the ruins of the school where he had been punished for practising his culture, and sexually assaulted by a nun.

"We were there with a camera on, for a national broadcast, and I was hearing things for the first time," Kinew recalls. "It wasn't an artificial moment, it was literally the first time he talked about how he felt losing his dad during the time he was away from home. He was emotional, and I was trying to figure out how to respond.

"When you saw us hug in that documentary, that was the very first time we did that," he adds. "I think that's the way the residential school legacy impacted me. He wasn't exposed to the loving, nurturing side of parenthood, so I didn't get that from him either." Kinew doesn't know how that may have affected some of the "stupid" choices he made when he was young. He drew a DUI conviction in 2003, but doesn't drink now, hasn't for years, and is seeking a pardon.

His most high-profile assignment while at CBC Winnipeg came in 2012, as host of the documentary series 8th Fire, about possibilities for reconciliation between native people and settler Canadians. He quit the CBC soon after, to work on reconciliation in his own family.

"My dad was terminally ill," he explains. "I wanted to invest in that relationship, so that we didn't leave anything on the table, or regret never having the time to put it on a right footing." For nine months, he helped his father through his own personal healing journey, which included making peace with the Christianity that shaped and scarred him. They went to the Vatican together to witness the canonization of Kateri Tekakwitha, the 17th-century First Nations layperson. Tobasonakwut Kinew died at the end of 2012.

The 8th Fire series opened up opportunities for speaking engagements, about how to incorporate First Nations knowledge into contemporary situations. It also attracted attention from Al Jazeera, the Qatar-based news service, for which Kinew famously attempted to confront former U.S. secretary of defence Donald Rumsfeld at his summer home.

"Al Jazeera has allowed me to open my perspective to the global situation," Kinew says. "In Canada, some people may see me as 'the First Nations guy,' but not Al Jazeera. They don't have an aboriginal program. When I go to the Middle East, nobody knows what a First Nations person is. If I'm succeeding there, it's on my own merits, and I love that.

"It has also made me wonder what it means to have an identity that's tied to the land if you're not on that land," he says, wading into more contentious reflection. "Does it transfer to where you are now?"

He still spends summers on the reserve, with his wife and two sons from a previous relationship. They also travel every year to South Dakota, where Kinew participates in the Sun Dance ceremony, a two-week experience in traditional ways that ends with four days of fasting, praying, and a ritual dragging of buffalo skulls with cords strung to pegs inserted into the celebrant's flesh.

"It's a very important part of who I am, and the highlight of my year," he says. "The idea is that we want to put something real behind our prayers. But what do we really own? The Creator made everything. The only thing that I can give up that is meaningful to me is my thirst, my hunger and my physical well-being. It's about making an offering in those areas that are closest to the core of your being."

The core of your being sounds like a good place from which to figure out your professional life, too. Whatever happens with Q, Kinew has time to ponder whether journalism is really the way for him, or whether the call of politics is too strong to resist. 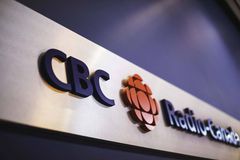 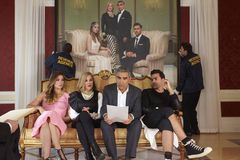