One of the reasons I like Jack Reacher is that I don't know any other man who wanders the face of the earth with only a bank card and a toothbrush. When I first made his acquaintance in Bad Luck and Trouble, I couldn't believe that such a person could actually exist in today's world. Thanks to Lee Child, Reacher's creator, we come to believe in this man: former military policeman, weighing 250 pounds and standing 6 foot 5, with a 18-inch neck and a 37-inch sleeve. The appeal of having no possessions reverberates for me through each and every one of the 16 novels we've had in this terrific genre series so far. There's nobody like Jack Reacher, and all of his fans know that.

He's now 50, which is hard to believe, but we have to believe it because this latest instalment, The Affair, takes him back to 1997, and he was 36 then. He's still a military policeman, and this plot marks one of the last things he does as an MP. "Thing" being a little task set for him by his superior, General Leon Garber, and the mysterious forces at work in the Pentagon.

The world changed for Jack Reacher four years after the events recounted in The Affair: Sept. 11, 2001. He uses it as a kind of dating system for what he considers to be the world's plunge into total nihilism. Reacher's world is created by Child, an expatriate Brit and former television director, who captures exquisitely the cadence of American speech, the frightening isolation of its small towns and the weirdness of its political extremes.

I have a predilection for writers who do not use adverbs, and you can go for 20 pages in a Jack Reacher novel and not find a single adverb. The style complements a spare, hard hero with a great ability to tell the good guys from the bad.

Those with delicate stomachs need to know that in this novel he kills four people, two with his bare hands and two by shooting them. He is also a great expert on weaponry. His favourite is the Glock handgun, the abilities of which are described with such love and detail that I almost feel that I could pick one up and use it myself. In The Affair, he uses a Beretta and a stolen antique Winchester 73 rifle, even though it is more than a metre long and he has to carry it upright through miles of bush.

I have a fondness for the loner in my fictional other life: the man with no name in Sergio Leone westerns, Shane and Hondo. I like people who ride in from the East and go out to the West. In a loopy adolescent way, I always thought that a stranger on a horse would arrive while I was reading in the library and hang a sequined moon over us before we rode off together into the painted sunset.

The appeal of Jack Reacher is that he has nothing and wants nothing. He will always say goodbye. And those of us who live secure, middle-class lives with warm relationships can fantasize about having nothing and not knowing where you're going next after you hitchhike to the next destination.

This time, Reacher fetches up in a small town in Mississippi, located near a large military base, and helps the local sheriff, Elizabeth Deveraux, unravel a mystery involving the killing of several beautiful young women, one of whom has her blood drained out of her by being hung by her feet.

These novels aren't for the faint of heart, but if you've read some of Thomas Harris's Hannibal Lecter novels, you're prepared. If I have any quibble about this novel, it is that Reacher spends more than two paragraphs with one of the women in the book and develops what could even be called a sort of a relationship. It's not that I am jealous. I just feel apprehensive that this kind of thing is going to attach him to the world and I don't want him to be attached. I want him to continue walking down those unused railways and dark roads. I want him to be able to hotwire a car and take out a mean drug dealer by cornering him against the back of a concrete building, throwing the door open at the last minute to slam him against the wall and then take the money and pay back all of the rat's suffering victims.

How can Jack Reacher do that if he develops emotional relationships with women? I do think it's wonderful that he appreciates feminine beauty and I take it for granted that women are beautiful when he describes them as "spectacular" and that they are heroines when he says they are. I trust Jack Reacher.

His mother was French. He went to West Point. We sense in him a deep sophistication: When he throws off a remark about not fighting a battle being the greatest victory of all, most of his devoted following will realize it's a paraphrase of the great military strategist Sun Tzu. He wears his knowledge lightly and expects you to accept it.

Words aren't always what Jack Reacher uses. Confronted by a group of bullies he says: "I took a breath and made like I was going to speak. Then I head butted the guy full in the face. No warning. I just braced my feet and snapped forward from the waist and crashed my forehead into his nose. Bang. Timing, force, impact, it was all there in full measure. Plus surprise. No one expects a head butt. Humans don't hit things with their heads. Some inbuilt atavistic instinct says so. A head butt changes the game. It adds a kind of unhinged savagery to the mix. An unprovoked head butt is like bringing a sawed-off shotgun to a knife fight."

Or another time: "Both men looked right at me, with a kind of smug, low wattage insolence some kinds of strangers get, in some kinds of bars. I looked right back at them. I'm not that kind of stranger. The driver said, 'Who are you and where are you going?' I said nothing. I'm good at saying nothing. I don't like talking. I could go the rest of my life without saying another word if I had to. I didn't want to have to hit the guy. Not with my hands. I'm no hygiene freak, but even so with a guy like that I would feel the need to wash up afterward, with good soap, especially if there was pie in my future. So I planned on kicking him instead."

There is anxiety through this story that the honour of the army might be stained or that the heroic local sheriff might be implicated; there has to be a choice between the two. This is all played out in masterful choreography. And, of course, it leaves Reacher saying goodbye to the beautiful woman, who asks him to drop by any time he happens to be in the neighbourhood, and him lying that he will. Then he picks a road at random, puts one foot on the curb and one in the traffic lane and sticks out his thumb. We're sure to be meeting him on the road again.

Adrienne Clarkson's new book, Room for All of Us: Surprising Stories of Loss and Transformation, will be published this month. 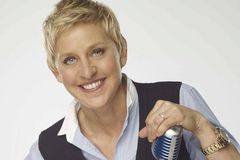 Q&A: Lee Child on writing, naming and aging Jack Reacher
September 30, 2011
Follow us on Twitter @globebooks Opens in a new window
Report an error Editorial code of conduct
Due to technical reasons, we have temporarily removed commenting from our articles. We hope to have this fixed soon. Thank you for your patience. If you are looking to give feedback on our new site, please send it along to feedback@globeandmail.com. If you want to write a letter to the editor, please forward to letters@globeandmail.com.
Comments