The Victoria of Marjorie Celona's debut novel Y is both gorgeous and grubby: a natural paradise of salty ocean air and mountain views; and an urban/suburban blight, with streets lined with car dealerships, convenience stores and fast food joints where teenagers with too much time and not enough money can plant a hair in their French fries to get a new order, free of charge.

The island city on the edge of Canada is vivid on these pages, but was written far away, in the woods of upstate New York, and revised in Scotland – not a single research trip to confirm the proximity of Victoria's YMCA and Christ Church Cathedral, or the details of the Dallas Road beach, or the menu at the Dutch Bakery.

Feeling trapped by the island geography, Celona, who was born and raised in Victoria but is a dual U.S.-Canadian citizen (her parents are from California), left Vancouver Island within days of graduating from high school, crossing the strait for Vancouver. Later, she lived in Montreal for a time. She returned to Victoria for university and left in 2007 to do an MFA at the prestigious Iowa Writers' Workshop. In 2009, she moved to Madison, Wis., for a year, and then to upstate New York where she had a one-year fellowship in creative writing at Colgate University. It was there that she wrote Y, which was longlisted last month for the Scotiabank Giller Prize.

The novel begins with the abandonment of a baby outside the Y, the newborn wrapped in a grey sweatshirt. The girl is given the name Shannon, and passed from family to family: both loved and abused and, as becomes evident, damaged. Slowly, in alternating chapters, the story of her birth family comes to light: a cabin near Goldstream Provincial Park; a half-brother conceived during a night of debauchery; drugs; and devastation just as the little girl is about to come into the world.

The book did not start with the idea of an abandoned child, but with that letter, Y. "That perfect letter. The wishbone, fork in the road, empty wineglass," the prologue begins. "The question we ask over and over." Celona, 31, became "fascinated" with the letter while preparing for an internship at the University of Victoria's literary journal, The Malahat Review. "I must have read hundreds of issues in my nervous race to do a good job at the magazine, but I got distracted with how many stories began with the letter Y."

The novel began as a short story, published in The Indiana Review and anthologized in Best Canadian Stories and The Best American Nonrequired Reading. Still, there were questions. "At some point, I realized that I was really curious," Celona says. "I didn't know who Shannon's mom was and I didn't know why she abandoned Shannon."

Celona did extensive research into child abandonment, adoption and long-term impacts. In many cases, babies are left with personal objects. "I think that's what stuck with me the most: Those little things that you're left with become the only clues you have to your identity."

Shannon is left with a Swiss Army Knife, a compact little survival tool which Celona herself received as a gift from her father when she was a teenager.

Family remains a strong pull for Celona, who was in Victoria for the book's Canadian publication (it's scheduled to be published internationally in January), dropping by the legendary Munro's Books to buy a copy, and then celebrating over dinner. It was an extraordinary week: her first novel, the Giller longlist and a marriage proposal from her boyfriend, writer Brian Trapp.

"After that week, I thought anything could happen now, and I'll be fine with it," Celona says. "That was kind of as good as it gets."

Marjorie Celona will appear at Calgary WordFest, which runs Oct. 11-16 in Calgary and Banff, and at the Vancouver Writers Fest Oct. 19-20. 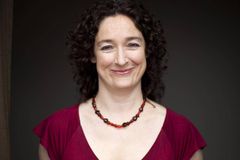 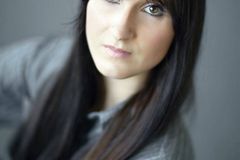