Well might Canadians wonder, given the news that an international panel of literary experts just named Josip Novakovich of Montreal as the country's greatest writer, the one Canadian among10 authors nominated for the prestigious Man Booker International Prize.

We can be forgiven: Despite the citation identifying him as Canadian, Novakovich didn't officially become a landed immigrant until a few days after last week's nomination. At the time, he was technically a Yugoslavia-born, former Croatian, U.S. citizen awaiting naturalization. But he is more than happy to be called Canadian today.

And "just Canadian," please. Hyphens are something Novakovich hopes to leave behind in his new life. "'Canadian' entails the hyphens," he said in an interview from his office at Concordia University, where he teaches creative writing. "You don't always need to emphasize them."

"Of course we all have hyphens," he added. "But just Canadian sounds great to me."

Novakovich, 56, chose Canada after living and working in the United States for most of his life, first emigrating from the former Yugoslavia at the age of 20. "Canada seemed so much better than the States under [George W.] Bush," he said. "This just seemed to be a much better, more humane, responsible country, and so I'm giving it a shot."

Novakovich wrote about his migratory experience in his most recent book of essays, Shopping for a Better Country. Canadian is his fourth citizenship, following Yugoslavian, Croatian and U.S.

But given the dramatic makeover the national literature has undergone in the hands of recent immigrants, Novakovich fits right into the Canadian scene. The fact that he remains obscure despite such a substantial career only adds to his Canadian cred.

Like many of his fellow non-hyphenated immigrant authors – M.J. Vassanji, Shyam Selvadurai, David Bezmozgis, Rohinton Mistry – Novakovich keeps his gaze focused mainly on the old country. His milieu is the violence and disorder of recent Balkan history, his voice "darkly ironic," according to one reviewer, and his fiction "filled with grim energy, sly amusement, and often nightmarish situations."

"There's really nobody quite like him," says Anne Edelstein, Novokovich's New York literary agent. "He is very particular in how he deals with the violence of war especially. He manages to be very dark and humorous at the same time."

The author's uniqueness is his strength, agrees Fiona McCrae of Minnesota's Graywolf Press, which has published two collections of Novakovich stories and a book of essays. But it is also, she added, the quality that has so far prevented him from finding a wider audience.

Not to mention the fact that stories and essays are a notoriously hard to sell. "And when you add that he's writing about un-American subjects, you put yourself outside the mainstream just like that," McCrae said.

Novakovich has published one novel, April Fool's Day, and has another ready to go. But like so many Canadian writers – and despite an impeccable resumé – he has had trouble persuading his publisher to accept it. At the time of his nomination last week, he was in the agonizing position of awaiting word about a substantial rewrite undertaken at the request of editors at HarperCollins in New York.

"I'm worried about whether I can place it," he said. "But now my publisher is happy so I think it will be okay."

"All of a sudden people seem to be interested in my work," he added, sounding surprised.

Awarded every two years, the Man Booker International Prize first came to the attention of Canadians when Alice Munro won it in 2009. Other former winners include Philip Roth and Chinua Achebe. The $95,000 prize is given to writers for a body of work rather than an individual title, the only qualification being that it is generally available in English.

Novakovich writes exclusively in English, and claims to be losing his ability to speak his native Croatian. He has previously collected a Whiting Writer's Award and a Guggenheim Fellowship, and currently lives in Montreal with his wife, Jeanette, who teaches English composition at Concordia, and two children. 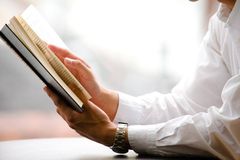 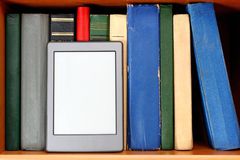